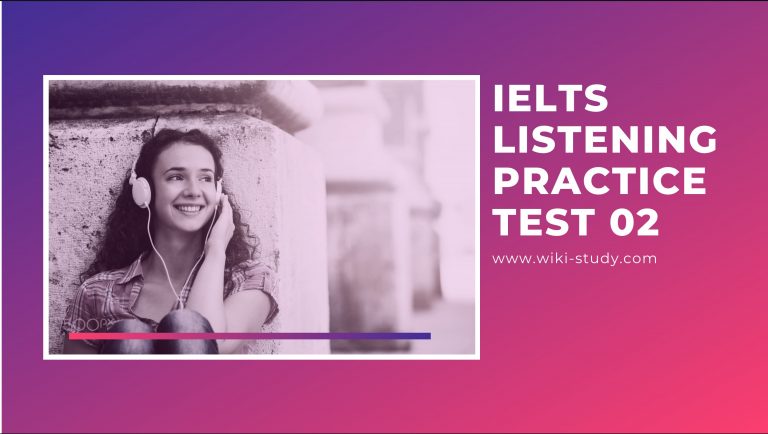 Complete the form below.

Write NO MORE THAN THREE WORDS AND/OR A NUMBER for each answer.

Choose the correct letter, A, B or C.

A. a three-course meal

According to the speaker, when did the following happen?

Complete the sentences below.

Write NO MORE THAN TWO WORDS AND/OR A NUMBER for each answer.

Write NO MORE THAN THREE WORDS for each answer.

21. What aspect of history is it important to learn something from?

22. What do we also need to know about our ancestors?

23. Where are transferable skills useful?

24. What kind of approach to learning does social science use?

What is said about each of these subjects studied on a social studies course?

Choose your answers from the box and write the letters A-H next to Questions 25-30.

A. This will focus on how each generation learns about its own culture.

B. This necessarily includes a study of physics and chemistry.

C. This is studied from the point of view of human behaviour.

D. This will only be covered in terms of its theory.

E. This also covers the distribution of wealth.

F. This includes the study of archaeology.

G. This has received criticism for not being scientific enough.

H. This includes some work on urban planning.

Choose the correct letter. A, B or C.

A. if they want to be allowed to continue attending lectures.

B. because they will appreciate the information about the 1960s more.

C. otherwise they face the possibility of being failed for their coursework.

32    According to the lecturer, the ‘baby boom’ happened

A. because of relaxed attitudes in the sixties.

B. during a time of war.

35    According to the lecturer, literature changed the way women

A. over 40 were treated by society.

B. viewed issues of race in society.

C felt about their roles in society.

A. rose nine per cent during the decade.

B. was nine times higher than in the fifties.

C. was nine times lower than in the fifties.

A. the first heart transplant

B. the introduction of the internet

C. the invention of lasers

Write no more than two words for each answer.

In October 1962, US President Kennedy met advisers to discuss 38_____________which    proved that the Cubans were installing nuclear missiles, presumably to use against the US. Kennedy was faced with three choices: to try to resolve the crisis diplomatically; to block the delivery of further weapons into Cuba; or to attack Cuba. Kennedy chose 39__________option,    which prevented the build-up of more missiles and led to the withdrawal of the existing ones. Most are agreed that a 40_______________was narrowly avoided by Kennedy’s decision.

12.    C  – because she says: ‘The last major changes to the structure were made by King George the Fifth who, in 1913, had the East Front redesigned.’

15    A  – because she says: ‘King George the Third who, in 1761, had become the first royal owner of the building, though it was still not used as the home of the royal family – just as a private home for Queen Charlotte. It was known as The Queen’s House at that time.’

16    A  – because she says: ‘in 1834, he offered it as a new home for Parliament after the Houses of Parliament were destroyed by fire’

25    F because she says: ‘The first one was anthropology, which he said would cover pre-history and archaeology as well’.

26    C  – because she says: ‘this was not meant to mean that we will spend all our time looking at economic theory, but more that we need to see how humans behave’.

27    A  – because she says: ‘we’ll be looking at how cultural information is handed down from one generation to the next through teaching children’.

30    G  – because he says: ‘In sociology and social work, and in social science generally, they can only study patterns of behaviour and observe. If you compare that to the way scientists work in physics or chemistry, it’s very different because they use specific experiments that can be tested and which give concrete answers. Social studies is often accused of being unscientific.’

31    B  – because he says: ‘if for no other reason than it will help make sense of the next series of lectures’.

32    C  – because he says: ‘the post-war baby boom. With the end of the Second World War in 1945, there began in the USA an era of perceived prosperity and security. In short, people started to feel that that the world was a much better and safer place to bring up children.

34    A  – because he says: ‘the more conservative atmosphere of the preceding decade’.

35    C  – because he says: ‘The role of women changed and, uh, equality for women.. .well, lets just say that once certain books were published, women were no longer going to be satisfied with their roles as devoted wives and mothers’.