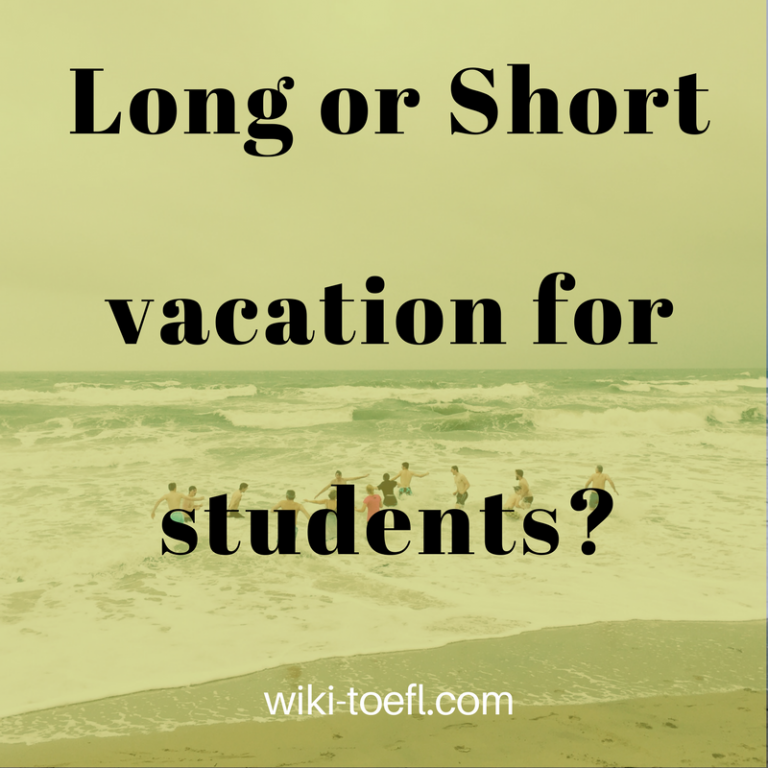 I like the idea of students having several short vacations throughout the year. I’m a working parent with two school-age children. Every summer I have to come up with a plan for keeping my children safe and entertained for three months, while my husband and I are at work. Summer camps are expensive, and finding the one your children will enjoy can be a challenge. Getting rid of that one long vacation would make life a lot easier.

Having several shorter vacations would also make it easier to schedule vacations. My husband and I both work in small offices with other working parents. All of us need vacation time during the same three months. This is hard on our businesses and our careers.

We also find that wherever we go in the summer, it’s crowded. It would be nice to go places throughout the year and find smaller crowds. I’m sure the attractions themselves would like that better, too. It would be better for the economy to spread things out, too.

I think my children would be more focused on their students if their vacation time was divided up throughout the year. The final month of the school year, they’re just not paying attention. They’ve been in school for nine long months and they don’t have a lot of energy. Plus , they’re anticipating vacation time. If vacations were throughout the year, they would concentrate better on studies.

Of course, many older school buildings aren’t air-conditioned, because usually people aren’t there during the hottest months. That might be a problem, I think, though, that new air-conditioning would be worth the cost. During the last few weeks of summer, my children are bored with their long vacation. I doubt that would happen if there were several vacations throughout the year.