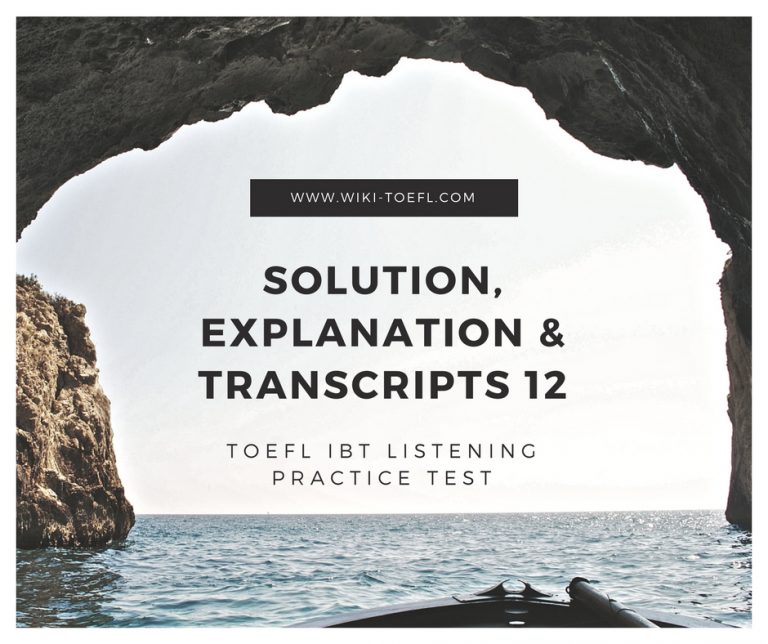 The woman is inquiring about writing arts reviews for the paper. She says …I’m interested in writing for the campus paper; I’m interested—I’d like to write arts reviews, stories about… concerts and films and events in the arts. (2.3)

The man’s purpose is to inform her that the paper does not need another reviewer. The woman wants to write arts reviews, but the man says they already have a couple of ‘journalism students who write reviews. He explains further by saying You see, we re not a big paper to start out with, and the administration just cut our funding, and there are lots of students who want to write for us, so I’m afraid it’s pretty competitive. (2.3)

The man means that he probably cannot offer her a job now. The woman wants to write reviews for the campus paper, but the man says he couldn’t guarantee anything (a job) at present. He explains further by saying …our budget was cut, and we had to reduce the size of our paper. (2.4)

The city newspaper is called The Clarion. The man says If you really want to write reviews, you should send something to The Clarion; They sometimes print reviews by students. (2.2)

The woman wants to write reviews for a newspaper, and the man advises her to send some of her writing to the city newspaper, The Clarion. The woman says Thanks! I really appreciate the information;

The professor mainly discusses what causes the auroras. The professor says The auroras are the result of a complex interaction between the solar wind and the Earth’s magnetic field. Here s what happens. (2.1)

Red and green are commonly seen in the auroras. The professor says An early twentieth-century explorer wrote about the “bloody red” and “ghostly green ” lights; Most of the time they’re greenish—yellow, but sometimes they take colors from violet to red. (2.2)

The professor’s purpose is to point out where the auroras are most visible. The professor says They ’re most often seen near the North and South Poles…. (2.3)

The professor’s purpose is to explain how the auroras are electrical in nature. The student says it sounds kind of like electricity, and the professor responds by explaining how electricity is generated by the solar wind, carrying a stream of charged particles and moving across Earth’s magnetic field. (2.3)

No: Sunlight travels to Earth and is reflected back into space by clouds: Not mentioned in the lecture.

The professor says Oxygen releases either dark red or ghostly green. Nitrogen emits rosy pink or magenta. You can infer that the color of auroras is related to the type of gas involved. (2.4)

The professor’s purpose is to introduce a point that he will make. The professor’s point is that the two-party system has succeeded in democratic states because the essence of politics is debate, so there must be another party to debate with. (2.3)

No: They are a group of people who come together mainly for amusement: Not supported by the information in the lecture.

Yes: They have research offices that develop positions on important issues: Parties maintain research offices and establish connections with press and citizens groups. This is how political parties develop information and thinking on major issues. (2.5)

The professor’s purpose is to show how major parties usually deal with the same issues. The professor says …the party platforms tend to balance each other in the types of issues they take up, and he mentions education reform as an example of an issue that both parties deal with. (2.3)

The woman finds the lecture topics interesting. She says My linguistics class is really getting good.

Today the lecture was about the social aspects of language, like slang and accents, and stuff. But the thing that really intrigues me is something called a lingua franca. (2.3)

—>Next Page to continue