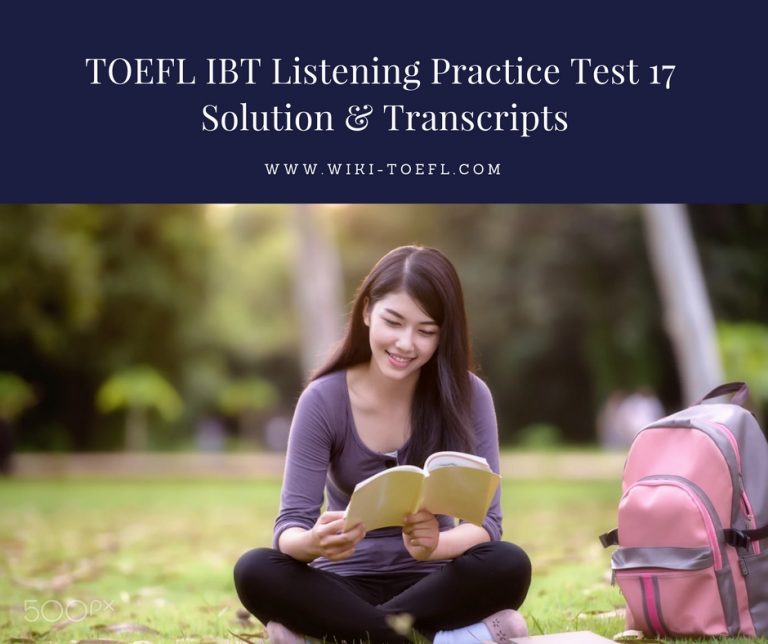 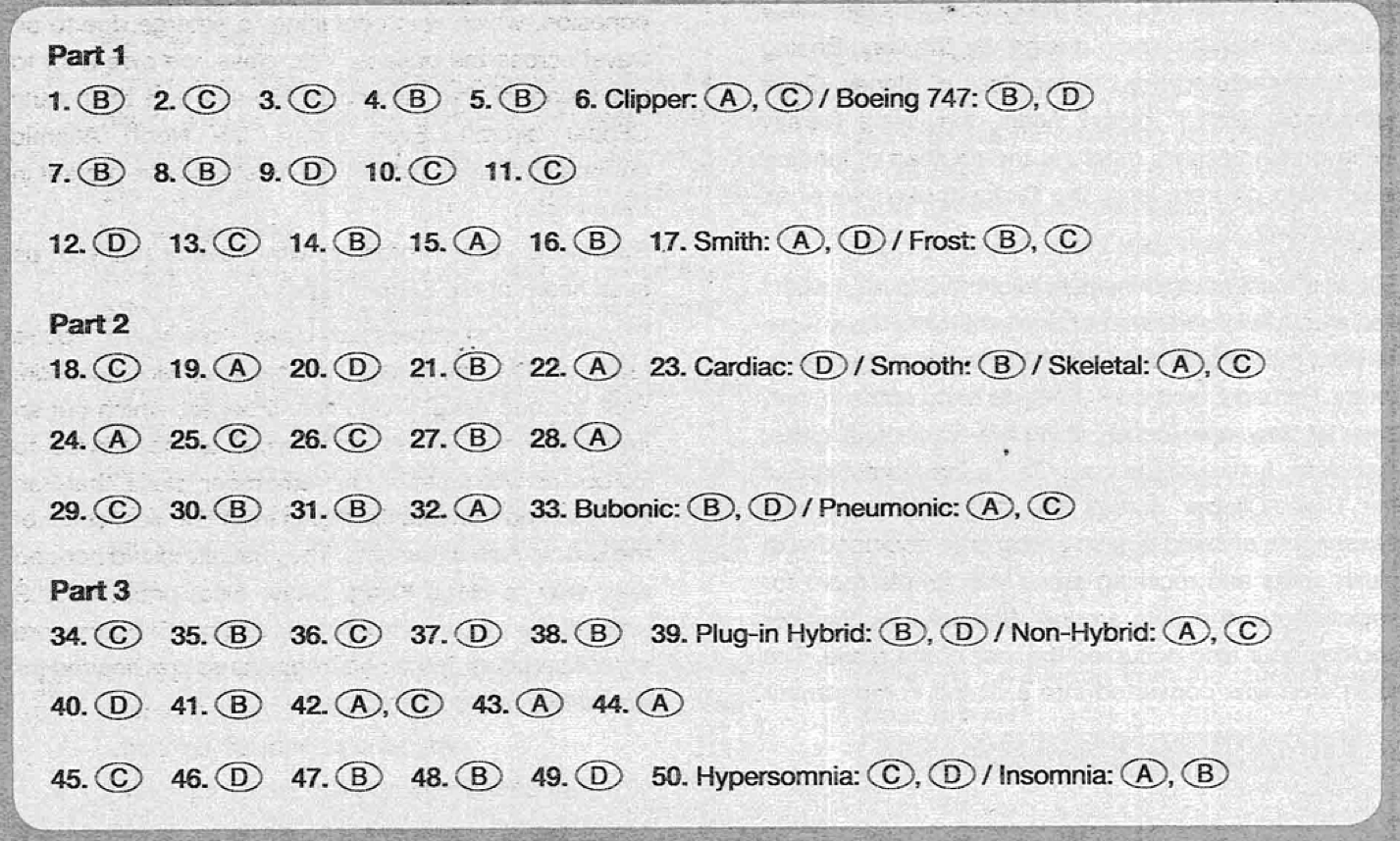 Listen to part of a lecture in an American history class.

Professor:  Well, Charles Lindbergh’s first transatlantic flight opened a whole new worid of possibilities for aviation, especially commercial aviation. Once he was able to breach the great watery divide between America and Europe, the sky was the limit. Pan American Airways was the first to make the dream of carrying passengers across the oceans into a reality. They implemented a fleet of planes, called Clippers, to become the first commercial planes to cross the vast oceans, which created an air network that would enable Pan Am basically to connect the far reaches of the world. This was happening in the U.S. in the 1930s, and, after a couple of test runs, first across the Pacific and then the Atlantic, the Pan American Airways’ plane the Dixie Clipper became the first transatlantic commercial flight with passengers evef on June 28,1939.

Student A: Um. Professor, was there any special significance to the name Clipper?

Professor: Excellent, excellent question. Pan Am named them after the swift, sleek clipper ships of the nineteenth century. Oh, that brings us to another important point about the Clipper planes. They were literally ftying cruise ships, class. They were monsters. They were the juggernauts of the sky and by far the largest commercial planes of their day. It wasn’t until the late 1960s… I believe it was 1969, when Boeing came out with the 747, that the Clipper was ultimately eclipsed in size by a new design. By the way, Boeing also manufactured the Clipper class of planes. Quite remarkable, isn’t it, class? Again, they were literally flying ocean vessels, meaning that instead of landing and taking off from land, the Clippers used water as their runway.

But let me get back to the design of the Clipper. I wish I had a couple of slides to show you of them. They were far from the sardine-can-like flights we are subjected to today. Perhaps, next week I’ll try to bring some in, but, anyway, they were literally flying five-star hotels, class, first class, luxury all the way. On the inaugural flight of the Dixie Clipper across the Atlantic, twenty-two passengers enjoyed a main sitting area equipped with plush sofas and reclining areas with ample room for socializing and milling around. Separate lounges for cocktail hour also occupied the rear of the plane. The main area was converted into a dining compartment   complete with linens on the tables and fine silver utensils. Pan Am made sure that the first flight service over the Atlantic left no creature comfort out by any means. Of course, the first passengers were the upper crust of society and paid almost ten thousand dollars in today’s monetary equivalent, fairly equal to the cost of a flight on the now defunct Concorde, but, obviously, with much more legroom.

Student 3: Excuse me. Professor. How long did a one-way crossing take?

Professor: Another excellent question. You guys must be reading my mind. Oh, anyway, a typical trip usually took about a full day. It depended on the weather. The plane would usually refuel in the Azores when bound for Europe or near Newfoundland on its return to the States. I mean, think about it, class. Today, we take air travel for granted in a way. We complain about long lines and escalating prices. They cause lots of headaches. But, back then, it was a privilege. It was an adventure for both the pilots and the passengers who first crossed back and forth over the Atlantic and other oceans from continent to continent. Clearly, what Pan Am’s Clipper flights did was begin to bring the world closer together. In a way, they were the earliest stage of what today has come to be called globalization in that air travel allows countries to work and develop more closely together. Geography and distances were no longer barriers for travel and cultural exchange. They contributed to a kind of international cohesion, which was beginning to emerge due to air travel across the oceans. Yes, dass, we owe a lot to the vision of Pan American Airways and their early Clipper aircraft. Even today, the North Atlantic commercial flights remain the most lucrative market in the world.

Student B: But. Professor, why haven’t many of us even heard of the Clipper flights?

Professor: I’m impressed, class. I really am. You’re really on the ball today. Another excellent question. Well, for one thing, World War II began, which put an immediate halt on all commercial airline service to Europe as well as Asia. Oh, remember, class, that Pan Am also had transpacific flights from the west coast of the U.S. to Asia at the time. They usually island hopped their way to Hong Kong. Okay. Also, once the U.S entered the war, a number of the original Clippers were reconfigured as cargo and troop transports headed for the battlefields of Europe.

Listen to part of a conversation between a student and a cafeteria employee.

Student: Hello, are you Miss Stevens? I was told that you’re the person to speak to with regards to meal plans.

Employee: Yes, I’m Miss Stevens. What can I help you with?

Student: Well, it’s about my meal plan. I’m currently on a meal plan that provides me with twenty-one meals a week. You know, breakfast, lunch, and dinner. But I just don’t think it’s the right one for me since I almost never eat breakfast.

Employee: Well, we have a meal plan that provides fourteen meals a week. If you never eat breakfast, that might be the ideal one for you.

Student: Hmm… That may have potential. But, here’s another thing. I actually don’t even eat lunch at the cafeteria that often. I sometimes skip it completely, or I just go to the campus center and order a pizza or something like that. It’s not the healthiest of options, but that’s what I do anyway.

Student: Yeah, I estimate that I eat at the cafeteria about that many times a week. So, how much does it cost?

Student: Sweet. So I’ll get to save a lot of money. Uh, will you just give me the cash, or will you credit it to my school account? I’d really love to get that money right now.

Employee: I’ll bet you would. But, unfortunately, we don’t do cash transactions here, so I’ll only be able to credit your account. But the money should be available at the Bursar’s Office this afternoon.

Student: Great. So, what do I need to do?

Employee: If I could see your student ID card, then I can get the paperwork started. You have your ID card with you, don’t you?

Student: Oh, yeah. Sure. It’s right here… Here you are.

Employee: Thank you very much, Mr…. Carter. Okay, now let me just put this identification number into the computer, and… Uh oh. I think that we have a small problem here.

Student: A problem? What are you talking about?

Employee: Well, according to your card, you’re a first-year student. And the computer here tells me that you currently live in one of the on-campus dormitories. Is this correct?

Student: Yeah, it is. So, what does that have to do with me changing my meal plan?

Employee: The university has specific rules on students like you changing their meal plans. According to our rules, all first-year students who live on campus must have at least a fourteen-a-week meal plan. The school likes to make sure that the students all have access to at least two meals a day. So, I cannot allow you to sign up for the ten-a-week meal plan. I can, however, let you downgrade to the fourteen-a-week plan.

Student: I guess I don’t have much of a choice then.

Employee: Okay. Let me start up the paperwork.