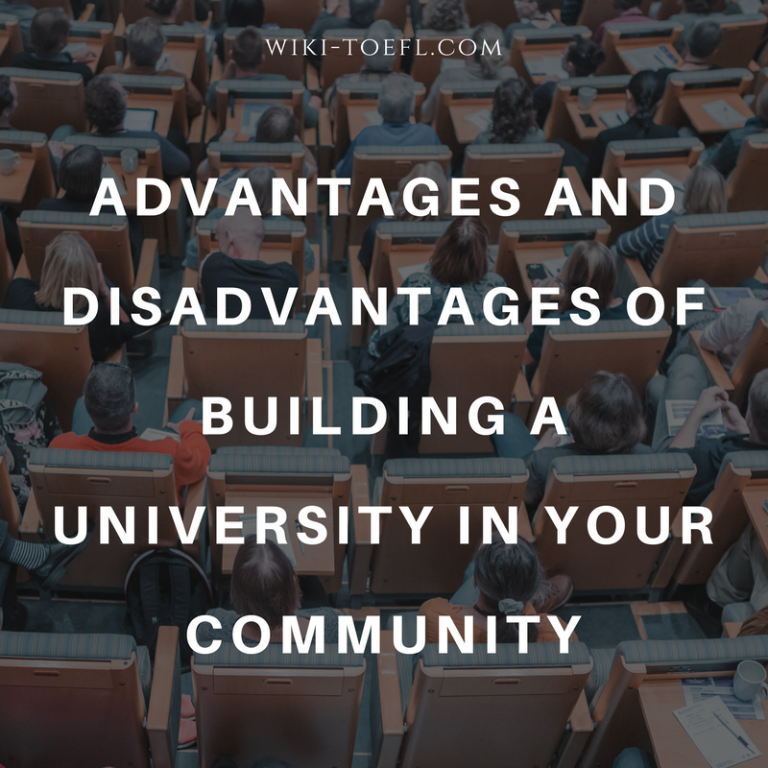 Not all of the people the university hired would already be members of the community, so that would mean a lot of new people coming to town. Of course, a lot of students would come too. Two advantages of new people in town would be more taxpayers and a more diverse population. With more people paying taxes, there would be more money for schools, libraries and other community needs. With a more diverse population, there would be new stores, new restaurants (to serve different tastes) and new cultural influences.

Of course, there would also be disadvantages. More people living in the community could mean more houses being built. There would be more traffic on the streets, with the combination of new residents and students who bring their cars. Plus, more people would mean more public services would be needed. These services could include everything from trash collection to more schools to hold all the children of the new residents. New services might mean local taxes would have to go up, even though there would be more taxpayers.

Another disadvantage is that the personality of our community would change. It would go from being a place where everybody knows everybody else to a place where a lot of people are strangers. It would become a place with a lot of short-term residents, like the university students, who might not care as much about the town.

Communities always change over time, though, and overall I like the atmosphere of a “college town.” A new university would bring a lot of challenges, but I think it would be worth it.