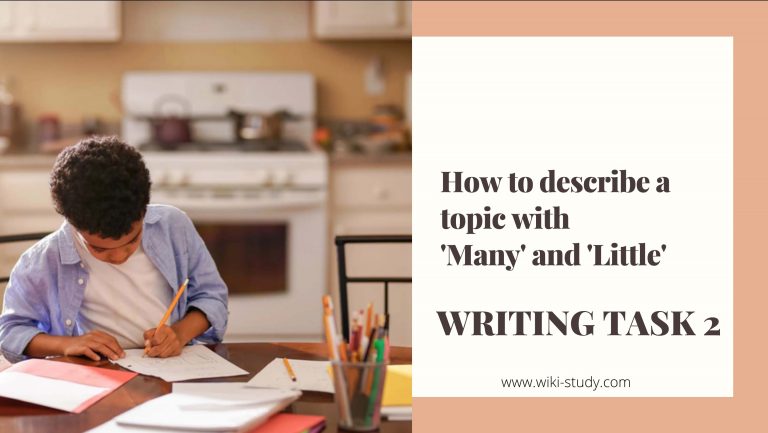 Apart from “many” and “a lot of”, there are several other ways you can use to say “many”. I will divide into two categories, “many” and “many and different”

a myriad of (ways)

a number of (choices)

Some examples of possible nouns

With just the words above, you have expressed quite a lot of quantity already. Notice that the word pair at the bottom of “countless/innumerable” means quite heavy, not only many but also “countless, uncountable“, so you have to choose carefully accordingly.

For example you might say: Countless people prefer university. Many listeners still make sense, but avoid using “countless reasons“, because it’s obvious that the reason you listed only a few.

Apart from the above words, there is also a small branch of many “majority”.

a large part of

b, Just as much as different

We have a more specific meaning, “diversity”. To say “diverse”, you will have the following expressions:

a wide variety of

If you want to name and focus on categories, you should use the words above. They are more colorful than the “many” words listed earlier. For example, instead of “a lot of options“, you can use “various options“. Notice, the terms “more and more different” listed here should be avoided for people. We hardly say “a variety of people“, but we absolutely can say “a variety of food“. Don’t try to explain this in your native language (oh, but in my country follow this way), I’m learning English, and English speakers don’t think like that.

The words above refer to something that has a limited amount and is likely to run out. They are great if placed next to the words “resources“. You shouldn’t think of “resources” as just about “resources,” and its meaning is broad. It can be human resources, financial resources or intellectual resources. In addition, you can use words like resources, which means a “reserve” for something like: supply, funding, capabilities, …

This is the stronger word for “limited”. There are 2 common ways of saying “rare”, they are:

You can associate the two words with any word that comes with the words “limited”. For example, instead of limited supply, it could be scarce supply, scarce resources.

If you use “not enough”, it is completely OK. I just introduce some more words for us to change the wind:

For example: The inadequate supply of workers has led to a rise in salary.

Wish you all good study!