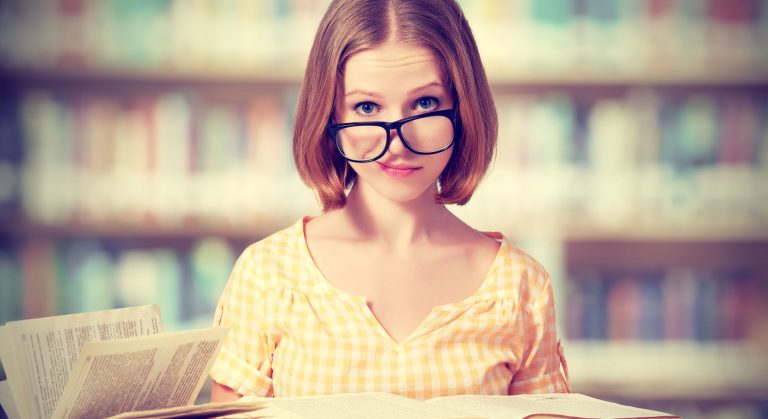 TOEFL test prep should be comprehensive—and can even be fun.

Proving a mastery of the English language is a crucial step in coming to the United States for college or graduate school—a goal that’s becoming more pervasive and increasingly competitive.

U.S. schools use the Test of English as a Foreign Language, known as the TOEFL, as a gauge of language proficiency. The standardized test is administered by the Educational Testing Service (ETS) at testing centers in 165 countries. It is usually offered online (known as the iBT: Internet-based test), but sometimes still in paper form (PBT: paper-based test).

Both versions of the exam test for skills in four areas—writing, listening, reading, and speaking—but have different point totals students can achieve. The TOEFL iBT has a test total of 120 points—30 points per section. The maximum PBT score is 677 points.

At some schools, including Binghamton University and St. Louis University, a TOEFL score is accepted in lieu of an SAT or ACT score—though this is not a widespread exception. (Popular institutions for international students, including the University of Southern California and the Illinois Institute of Technology, report they have not adopted the practice.)

Taking the TOEFL once costs between $160 and $250, according to ETS, and preparing for the test can cost much more. In today’s competitive market for higher education, heavy preparation for the TOEFL is common, experts say. “It used to be, if you did it, you were ahead,” says Donna Zilkha, director of college services at admissions consulting firm Aristotle Circle. “Now if you don’t do it, you’re behind, because everybody prepares for the test. The competition has gotten so tough.”

The good news, however, is that with diligent studying, many students are able to improve their language proficiency and meet score requirements, test experts say. Here are three tips to help you prepare. 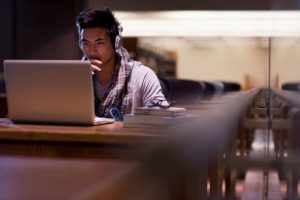 1. Give yourself time: Since each portion of the TOEFL examination requires in-depth knowledge of the English language, effective test preparation should span several months, according to Kaplan Test Prep representatives.

There are many preparatory courses, companies, and books to choose from, but no matter which route you select, make sure to take some timed practice tests over the course of your studies. Since the four-part test takes about three-and-a-half hours, mimicking the process before you take the real test can help boost your stamina, according to Kaplan Test Prep.

2. Make it fun: Preparing for the TOEFL doesn’t have to only include class sessions and preparatory books. For Romania native Ana Barbu, English cartoons and movies were just as helpful—if not more so—than materials specifically geared to test prep.

Tuning in to the Cartoon Network for shows like Powerpuff Girls and Dexter’s Laboratory while living in Romania helped Barbu prepare for the listening component of the TOEFL, she says. (College services director Zilkha recommends listening to radio news shows, too, which don’t allow for students to become visually distracted.)

If you have access to subtitled films, they can also help the study process, says Barbu, who recently completed a master’s degree in journalism at Syracuse University and now works as the director of web communications at the College of Mount St. Vincent.

“Subtitles on movies helped me hone my understanding of English idioms, and how native speakers used the language, rather than just reading whatever English manual we had or listening to a professor,” she says.

3. Give yourself a safety net: No matter how much you prepare, some things still may come as a surprise when you first take the TOEFL. Earphones, for instance, can vary between testing centers, Zilkha says, and it’s hard to know how noisy your test room will be.

If possible, Zilkha recommends that students consider scheduling multiple tests when they register for their first TOEFL exam. (There’s no limit to how many times you can take the TOEFL, and students can wait to release their scores until they hit the minimum score requirement set by schools in which they’re interested.)

“A lot of people say to schedule two tests in a row, like a week apart,” Zilkha says. “The first time you’re going there, you don’t know what the place is like, what the real test is like, how you feel under testing conditions. But the second time around, you’re pretty familiar with it. Generally, one of the scores reaches the [student’s] goal.”