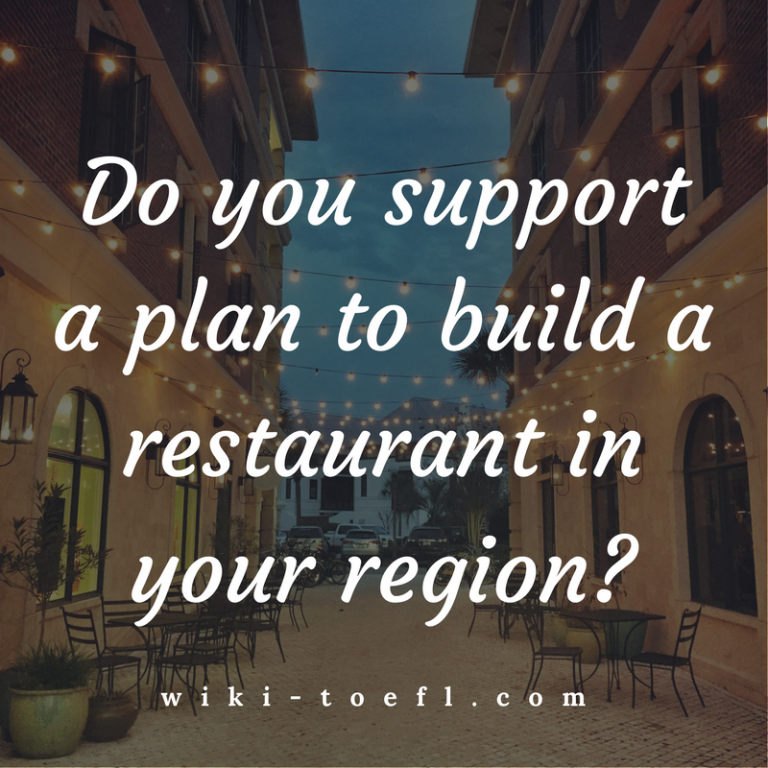 It has recently been announced that a new restaurant may be built in your neighborhood. Do you support or oppose this plan? Why?

Traffic congestion is always a concern when you build something new. Our streets are narrow, with parking on both sides. More cars traveling through the neighborhood could cause a lot of congesting. Traffic means parking problems, too. Our neighborhood has very few garages attached to the houses. Most of us depend on finding a space to park on the street. If the new restaurant is built, we’ll be competing for those spaces with the restaurant’s patrons. Plus, if the restaurant offers wallet parking, it’ll be even worse. Valet parkers work in teams to grab every possible space available on the street.

I have to admit, though, there are advantages to a new restaurant. Our neighborhood could certainly use the jobs the restaurant would provide. Not only that, the money neighborhood residents would earn there would likely be spent at other neighborhood businesses. This would give a boost to those businesses and make our neighborhood more prosperous.

There are a lot of details to consider, but all in all, I support the idea of this new restaurant in our neighborhood.