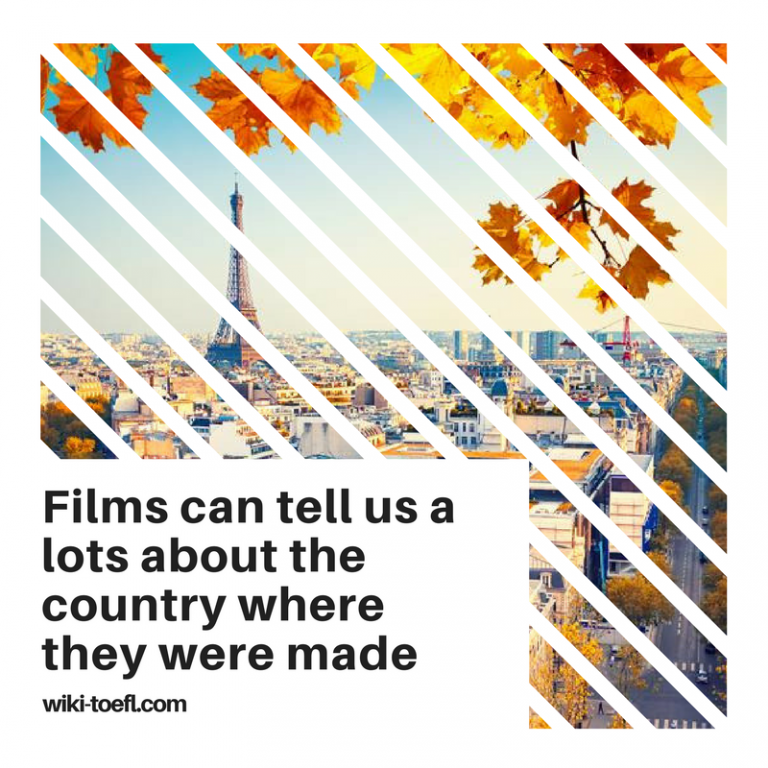 Films can tell us a lot about the country where they were made. What have you learned about a country from watching its movies?

Use specific examples and details to support your response.

Do you ever watch movies from other countries? Whenever I do, I think about how similar people really are all around the world. Even though the cultures and languages in those movies are different from mine, people all around the world are alike in their goals and emotions.

One time, I saw a movie made in china that showed parents helping their children with their homework. . My parents helped me the same way. Another time I saw a movie from Argentina. It showed school children playing hide and seek, which is a game I used to play with my friends during recess. Seeing these films demonstrated to me that education is a common goal in every country. Parents want their children to learn so their lives will improve. It also showed me that children in schools everywhere wants to play with their friends. Sometimes the games are similar to ours and sometimes they’re different. Still, they all have the common purpose of fun and learning to work together.

Earning a living is another common goal. I’ve often seen that in movies about other countries. In some countries, people choose their careers from what they like and are good at. In other countries, careers are chosen for them following the traditions of their families. But in every country it seems that people care a great deal about earning a living, and working hard is respected.

Showing people having fun together is always an important part of any movies, no matter what country it comes from. People everywhere want to be entertained, and want to spend time with their families and friends. Different cultures sometimes enjoy different activities, but all cultures enjoy some form of sports, music and dancing.

The movies I’ve seen make it clear to me that no matter the cultural differences between countries, people everywhere have the same basic needs and goals.