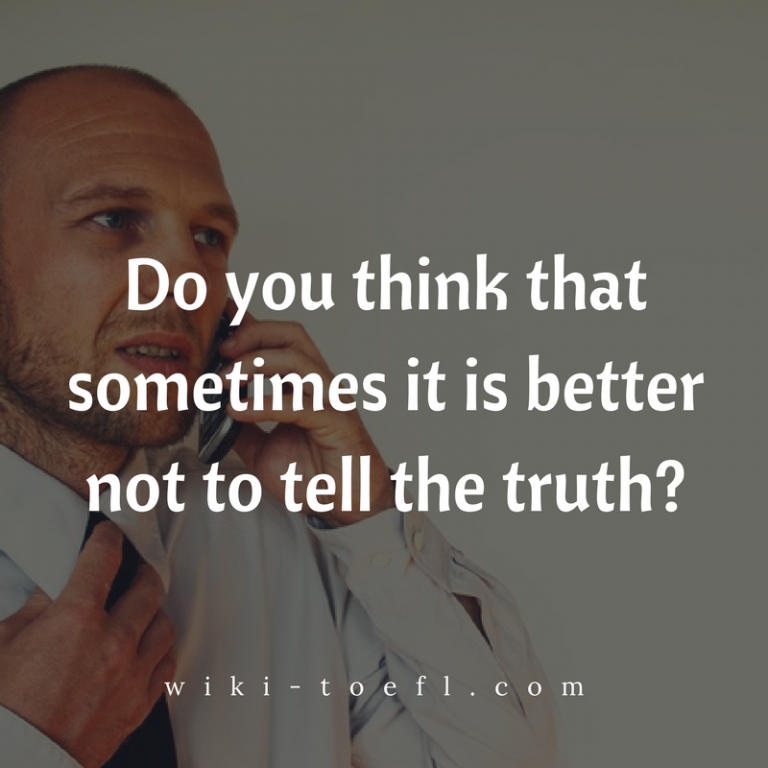 Do you agree or disagree with the following statement? Sometimes it is better not to tell the truth .

If someone has said something nasty about a person, those words don’t need to be repeated. However, what if a person has told a shameful secret to a friend, and that friend has told the secret to others? Then that person needs to know that she can’t trust her friend, Otherwise ,she might tell that friend other secrets.

What if someone is doing something self-destructive, like partying all night in college instead of studying? Then he needs to be told that this behavior is upsetting his friend who are worried about him. However, if he skips class and teacher asks his friend why he isn’t there, it’s not necessary for the friend to tell the truth. He doesn’t have to be, but he also doesn’t have to give information about his friend’s behavior.

Sometimes people needs to know the truth before they can make an important decision. Suppose you’re selling your house and you know there’s water in the basement. Then you should tell the truth about that to anyone interesting in buying your house. If you don’t, you could be in trouble legally as well as ethically! However, you don’t need to tell the truth about the cranky neighbor who lives next door. The neighbor may not be as cranky with someone else as he was with you. Sometimes It’s better not to tell.s.