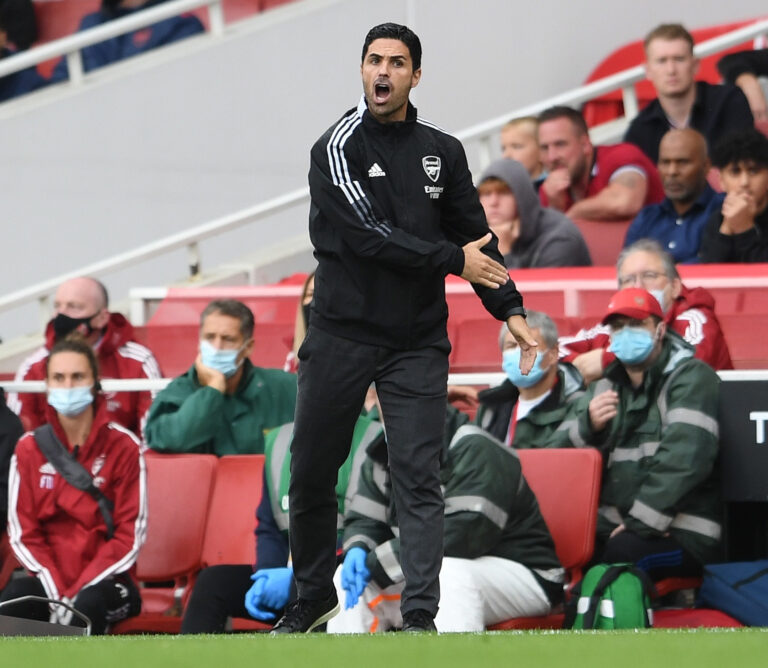 It’s been a disastrous start to the season for Arsenal, who have ultimately picked up from where they left off from a hugely disappointing 2023/21 season.

Having finished eighth in the table, they are without European football for the first time since 1995 and if that hadn’t left manager Mikel Arteta under enough pressure, they have now lost their opening two league games without scoring a goal.

That has unsurprisingly seen him installed as the favourite to be the first Premier League manager to leave his post at the start of this season.

If you are wanting to place wagers on this particular market and other popular football bets, then be sure to head to Max Free Bets. They are your one-stop resource for all of the best betting offers and free bets from the UK’s best betting sites, online bookmakers and betting apps.

Below, we will be taking a look at Arteta’s current situation at Arsenal as well as assessing the other main contenders in the sack race and their odds of being the next manager to leave their post.

Mikel Arteta is the odds-on favorite to be the first manager to lose his job this season and that will come as no surprise to anybody who has watched Arsenal in their opening two matches. The Gunners are still showing the same defensive deficiencies as they have for a number of years and were first outfought by Brentford before being outclassed by Chelsea last time out. Losing 2-0 in each game, they are still yet to score in the Premier League this season and only newly-promoted Norwich City – who faced Liverpool and Manchester City in their opening two games – are beneath them in the table.

The Spaniard also has the added pressure of having spent £129m on rebuilding his squad over the summer after bringing in Ben White, Martin Odegaard, Albert Sambi Lokongo, Aaron Ramsdale and Nuno Tavares. There has been an argument made that Arsenal’s starting XI is only marginally stronger than it was last season despite this significant outlay, which currently leaves them as the Premier League’s top spenders this summer.

There was bound to be enormous scrutiny on Arteta following a disappointing season last time out, while the return of fans to the Emirates Stadium will only add an audible pressure and response to poor performances. Jeers rang out at both half-time and full-time at the Emirates against Chelsea. ‘Arteta Out’ was seen trending on Twitter after the match and the tide appears to be firmly turning against the former Arsenal captain.

Just 39-years-old himself, Arteta’s lack of experience is symbolic of the playing staff and the summer recruitment from Edu. There has clearly been a shift in policy towards signing younger talent, but this is a manager who needs results now. Time will not be on his side if performances continue in the same vein as the opening fortnight and he won’t be able to bear the fruits of the labor of his new young signings in the years to come without signs of improvement.

The minimum target for Arsenal this season has to be to get back into Europe, but with Chelsea, Liverpool, Manchester City and Manchester United all looking stronger this season a Champions League berth is likely out of reach. Should they operate at the level we would expect, Arsenal would be anticipated to be battling amongst the next level of teams in Leicester, Tottenham, Aston Villa and Everton. Names that have already been linked to the role should Arteta be sacked include Brendan Rodgers, Eddie Howe and Antonio Conte.

Appointing a third manager in three-and-a-half years certainly wasn’t the blueprint for the Kroenke’s upon Arsene Wenger’s departure in May 2018, but if this early season form continues they may well be forced to act sooner than later.

Constantly being concerned about your job security comes with the territory as Watford manager under the Pozzo regime. The Hornets chop and change managers more frequently than any club in England and it is a formula that has proven to be successful overall, with Watford being a Premier League club in six of the last seven seasons. Xisco took over from Vladimir Ivić last season after the Serbian was dismissed just 22 games into his tenure and went on to win promotion at the first time of asking.

Still, Xisco will always be in the hot seat while he is in charge at Vicarage Road, which is arguably the most vulnerable managerial position in the country. He will be just one poor run of form away from inevitably losing his job in double quick fashion and he will be well aware of the situation he is in.

Patrick Vieria has just taken the reins at Crystal Palace but is still third-favorite with the bookies to be the next to lose his job. An Arsenal legend, Vieira was something of a surprise appointment after taking over from Roy Hodgson given his track record in management thus far. He has managed New York City and Nice since moving into the dugout and had his struggles in both jobs.

He has been tasked with implementing a more attractive style of play at Selhurst Park and has been well backed in the transfer market, thus results will be expected and fast. Crystal Palace have a track record of being trigger happy in the past after sacking Frank de Boer just four games into the 2017/18 season and that may well play a significant part in the 9/1 odds placed on Vieira’s head. Expectations have certainly risen following the signings of Marc Guehi, Michael Olise, Conor Callagher, Joachim Andersen and there are still rumblings of more arrivals coming in. The performance of Vieria and Palace looks set to be one of the more intriguing sub-plots of this upcoming Premier League season – and it is no secret that the Frenchman will have his eye on taking the Arsenal post one day in his managerial career.