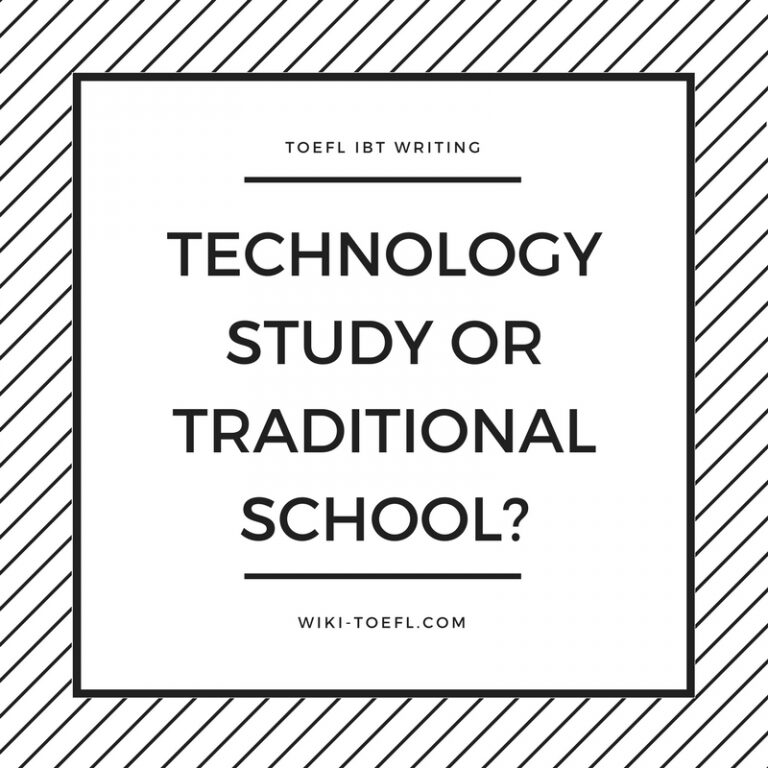 In the future, students may have the choice of studying at home by using technology such as computers or television or of studying at traditional schools . Which would you prefer?

If I have a choice between studying at home using computers and television or studying in a traditional school setting, I’d choose the traditional setting . Maybe it’s just what I’m used to ,but I don’t think that technology can replace teachers and classrooms.

After all, technology can fail. Computers go down and computer programs crash. Televisions break, and the electricity can suddenly go off. In those situations, who’s going to teach me? If I’m at school, and the television or the computers stop functioning, there’s a teacher to step in and change the lesson plan. Teachers can draw on their teaching experience and be creative. Computers and televisions can’t.

Another concern I have about studying at home is getting distracted. It’s strange, but I think being home alone is more distracting than being at school with a lot of people. At school, we’re all focused on the same subjects. At home, it would be so easy to turn off the computer or the television and go do something else. I might tell myself that it’s okay to play a computer game now and make up the study hours later. Chances are, I’d never make up the study hours.

I’m all in favor of using technology in the classroom. I think computers and television are great ways for students to have access to a lot of information. I just don’t think they should be the only tools I have as a student. I also need teachers and other students to help me get a complete education.