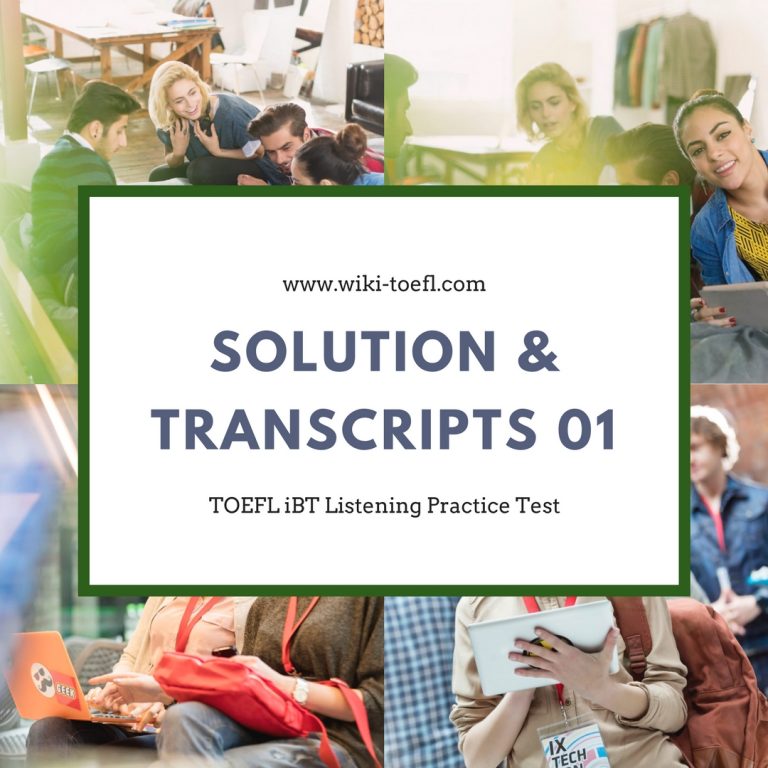 Listen to a conversation on campus between two students.

Woman: Glad to meet you.

Man. So. You need some tutoring in English?

Man: Right. Um, well, first let’s see if we can figure out a time to meet… that we’re  both free.

Man: How about Mondays? Maybe in the morning? I don’t have any classes until eleven on Mondays.

Woman: That would work, but I was hoping we could, you know, meet more than once a week.

Man: Oh Well, Tuesdays are out. I’ve got classes and. uh. I work at the library part time on Tuesdays and Thursdays. But I could get together on Wednesdays

Woman: In the morning?

Man: Probably nine–thirty would be best. That way we’d have an hour to work before I’d have to get ready for my eleven o’clock.

Woman: So that would be two hours a week then?

Man: I could do that.

Woman: Oh. but, would that be extra? You know, would I need to pay you for the extra session?

Man:  No. Um, just so you meet me here at the Learning Center, and we both sign in, then I’ll get paid. Tutoring is free, to you. I mean. The school pays me. But we both have to show up If you don’t show up and sign in for a session, then I don’t get paid. So…

Woman: Oh. don’t worry about that. I really need the help. I won’t miss any sessions unless I’m sick or something.

Man: Okay then. So you want me to help you with your essays?

Woman: Right. I could bring you some that have, you know, comments on them. I’m getting C’s and…

Man:  WeH, that’s not too bad. Once I see some of your writing, we should be able to pull that up to a B.

Woman: You think so?

Man:  Sure. But I need to explain something. Some of my students in the past . . . they expected me to write their essays for them. But that’s not what a tutor is supposed to do. My job is to help you be a better writer.

Woman: Oh, I understand that But you’ll read my essays, right?

Man: Oh yeah. No problem. We’ll read them together, and I’ll make suggestions.

Woman: Great. I think part of the problem is I just don’t understand the teacher’s comments. Maybe you can help me figure them out.

Man: Sure. Who’s the teacher?

Man:  No problem. I’ve tutored a couple of her students, so I know more or less where she’s

Woman: coming from. Okay, then. I guess we’ll meet here on Monday. I’ll be here. Nine–thirty you said.

Okay, today we’re going to discuss the four major types of drainage patterns. I trust you’ve already read the chapter so you’ll recall that a drainage pattern is the arrangement of channels that carry water in an area. And these patterns can be very distinctive since they’re determined by the climate, the topography, and the composition of the rock that underlies the formations. So, consequently, we can see that a drainage pattern is really a good visual summary of the characteristics of a particular region, both geologically and climatically. In other words, when we look at drainage patterns, we can draw conclusions about the structural formation and relief of the land as well as the climate.

Now all drainage systems are composed of an interconnected network of streams, and, when we view them together, they form distinctive patterns. Although there are at least seven identifiable kinds of drainage patterns, for our purposes, we’re going to limit our study to the four major types. Probably the most familiar pattern is the dendritic drainage pattern.

This is a stream that looks like the branches of a tree. Here’s an example of a dendritic pattern. As you can see, it’s similar to many systems in nature. In addition to the structure of a tree, it also resembles the human circulation system. This is a very efficient drainage system because the overall length of any one branch is fairfy short, and there are many branches, so that allows the water to flow quickly and efficiently from the source or sources.

Okay, let’s look at the next example.

This drainage pattern is referred to as a radial pattern. Notice how the streams flow from a central point. This is usually a high mountain, or a volcano, tt kind of looks like the spokes that radiate out from the hub at a wheel. When we see a radial pattern, we know that the area has experienced uplift and that the direction of the drainage is down the slopes of a relatively isolated central point.

Going back to the dendritic for a moment. The pattern is determined by the direction of the slope of the land, but it, uh, the streams flow in more or less the same direction, and … so it’s unlike the radial that had multiple directions of flow from the highest point.

Now this pattern is very different from either the dendritic or the radial.

This is called a rectangular pattern, and I think you can see why. Just look at all of those right–angle turns. The rectangle pattern is typical of a landscape that’s been formed by fractured joints and faults. And because this broken rock is eroded more easily than unbroken rock, stream beds are carved along the jointed bedrock.

Finally we have the trellis pattern. And here in this example, you can see quite clearly how the tributaries of an almost parallel structure drain into valleys and … and form the appearance of a garden trellis. This pattern forms in areas where there are alternating bands of variable resistance, and by that I mean that the bands of rock that are very strong and resistant to erosion alternate with bands of rock that are weak and easily eroded. This often happens when a horizontal plain folds and outcroppings appear.

So. as I said, as a whole, these patterns are dictated by the structure and relief of the land.

The kinds of rocks on which the streams are developed, the structural pattern of the folds, uh. faults, and … uplift will usually determine a drainage system. However. I should also mention that drainage patterns can occasionally appear to be. well, out of sync with the landscape. And this can happen when a stream flows over older structures that have been uncovered by erosion or… or when a stream keeps its original drainage system when rocks are uplifted. So when that happens, the pattern appears to be contrary to the expected course of the stream. But Pm interested irr your understanding the basic drainage systems. So I don’t plan to trick you with test questions about exceptional patterns, but I expect you to know that exceptions to the patterns can occur when geological events influence them.