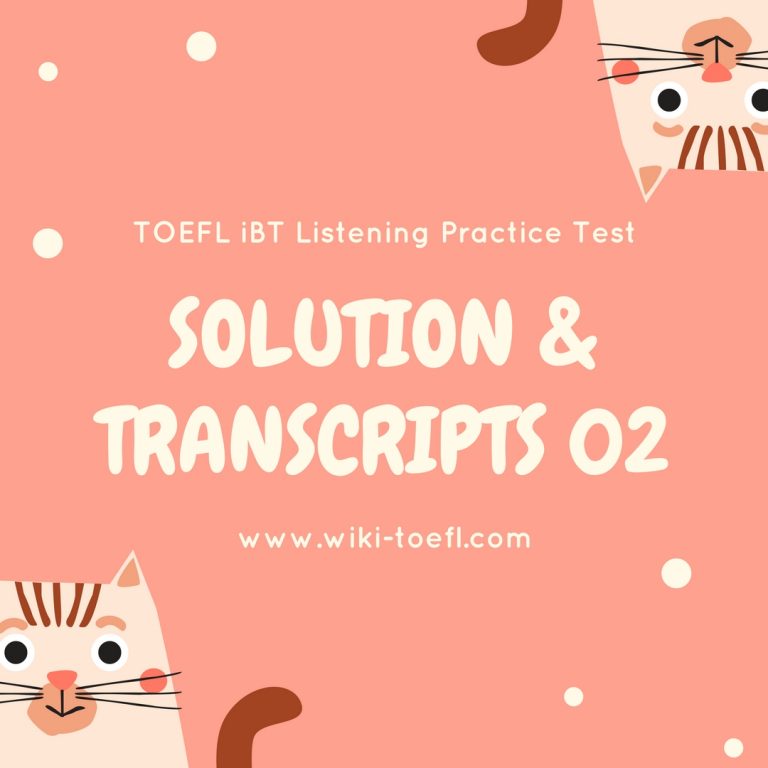 Student: Professor James. Do you have a minute?

Professor: Sure. Come on in. What can I do for you?

Student: Well. I did pretty well on the midterm …

Professor: You sure did. One of the best grades, as I recall.

Student: But I missed a question, and Td appreciate it if you could help me understand what I did wrong. I have the test right here, and I just can’t figure it out.

Student: It’s question 7… the one on biotic provinces and biomes.

Professor: Oh, that one. Um, quite a few people missed it. I was thinking that we should go over it again in class. But anyway, let’s look at your answer.

Student: Thanks. Here’s the thing. I said that a biotic province was a region with similar life, but with boundaries that prevent plants and animals from spreading to other regions. So an

animal, for example, a mammal … it may have a genetic ancestor in common with another mammal. But a biome is a similar environment, an ecosystem really, like a desert or a tropical rainforest. So, in the case of a biome, well, the similar climate causes the plants and animals to evolve … to adapt to the climate, and that’s why they look alike.

Professor: That’s good, very good… as far as you went. But there’s a second part to the question. Look, right here. Indude an explanation of convergent and dvergent evolution’ So .. .

I was looking for a more complete answer. Next time, be sure to include both parts of a

question . . . when there are two parts like this one Do you know how to explain

Student: I think so. Isn’t it… like when a group of plants or animals … when they’re separated by mountains or a large body of water… then subpopulations evolve from a common ancestor and they have similar characteristics but their development diverges because of the separation, so that’s why we cal it divergent evolution.

Professor: Right Even when the habitat is similar, if they’re separated, then they diverge…. Howabout convergent evolution then?

Student: Well, that would be a situation where a similar environment… a habitat . . it may cause plants and animals to evolve in order to adapt to the conditions. So a species that isn’t really related can evolve with similar characteristics because … it can look like a species in another geographic region because of adaptation … and that would be convergent evolution?

Professor: Right again. So temperature and rainfall, proximity to water, latitude and longitude all combine to determine the climate, and if we know the climate of an area, then we can actually predict what kind of life will inhabit it.

Student: Okay. And I really did know that. I just didn’t put it down. To tell tho truth. I didn’t see the second part. Not until you pointed it out to me.

Professor: That’s what I thought. Well, Jerry, ifs a good idea to double-check all the questions on a test… not just my test… any test… to make sure you’ve answered each part of the question completely. Otherwise, you won’t get full credit.

Student: I see that. Well, live and learn.

Professor: Jerry, you’re one of my best students.

Student: Thanks. I really like biology. In fact. I’m thinking of majoring in it.

Professor: Good. That means you’ll be in some of my upper-level classes

Student: And I’ll be watching out for those two-part questions on your exams.

Professor: And all the rest of your exams. I’ll be honest with you. My questions usually have two parts so the students will have an insight into the grading system and a lot of pro-fessors do that. In an essay question, it’s difficult to know what to include and how much to write. Just read the question carefully, and be sure to include all the parts. There may be three or four in some essay questions. This is the way that the professor helps you organize your answer. I’m giving my students a hint about what I’m looking for by including several parts to the question. But if you miss one of the parts, then it lowers your score.

Student: That makes sense. I think I was just trying to finish within the time limit, and I didn’t read as carefully as I should have. On the final, I’ll spend more f before I start to answer them.

Narrator Listen to part of a discussion in an art history class.

Sorry about the tests. I don’t have them finished. They just took longer to grade than I thought they would. So … I’ll have them for you next time. Okay then. Let’s begin our discussion of the ballet. … If you read the chapter in your text, you already know that uh … in 1489, a performance that was something like a dinner theater was organized to celebrate the marriage of the Duke of Milan, and… a dance representing Jason and the Argonauts was performed just before the roasted lamb was served. By the way, ifs interesting that the dance was called an entree and that name has been retained for courses in meals. Anyway, about the same time, outdoor entertainment, you know . . . parades and equestrian events .. . they were becoming more popular, and uh … we have evidence that they were referred to as “horse ballets.”

So this … the horse ballet… was it the first time the term ‘bailer was used?

Right The actual term in Italian was baUetti, which mean! ‘a dance done in figures.’ And it was characterized by the arrangement of the performers in various patterns. Actually, the balletti were staged versions of the social dances that were popular at court, and the steps … the basic movements … they were walking, swaying, and turning … so they combined in a variety of… of… sequences, each of which was named so that, uh, they could be referred to in the directions for individual dances. In fact, specific instructions for the placement of the dancer’s feet probably provided the first, uh … the first record of the five positions of classical ballet. Question?

Sony. I’m trying to get clear on the dancers. Um … could you explain what the book means about court dancing and. uh … I’m not saying this very well.

I think I know where you’re going. You see, the directions that were written down were intended as a reference for social dancing, but they were, uh .. . important in the history of ballet because uh … the theatrical dances or entertainments that preceded ballet were… not performed by professional dancers. Members of the court danced for the entertainment of society, and in general, the performances were in the central halls of castles and palaces with the audience seated in galleries above so that, uh, the floor figures could… could be seen when the people looked down. But back to your question… because of the limitations of the performers and the arrangement of the staging, well, the best way to impress the audience was to keep the steps simple enough for the amateur dancers but the geometrical patterns

had to be. uh intricate and … and fresh … so the spectators would go away pleased because

Oh, I get it now. That makes sense, too, because everyone would be looking down at the dancers.

Exactly. Now to continue that thought for a moment — by the middle of. the sixteenth century, variety shows were being presented on a grand scale in Northern Italy. They included both indoor and outdoor entertainment, and most people called them spectacuti. And. uh … France had begun to make a significant contribution to tho dance form that evolved into modem ballet. But, to be precise, it was Catherine de Medici who used dance as part of her court entertainments and is, uh … credited with the use of the term ballet In 1573 … I think it was 1573.. – anyway, she organized a huge celebration to welcome the ambassadors from Poland who had arrived to, uh … to offer their country s throne to her son Henn. So she called it the Pohsh BaHet. and the production was staged on a lancing at the top of a grand staircase. Sixteen ladies… and these would not have been dancers… just members

of court so they represented the sixteen provinces of France, and they performed a choreographed dance with a variety of floor figures. Afterward, the audience joined in court dances, similar to the baHroom dancing that evolved later…. So that’s a long answer to your original question.

Good question. Well, I said the Polish Ballet was the first use of the term ballet for a dance performance, but Queen Louise’s Ballet is generally considered the first modem ballet. As you’ll remember, from the book, the ballet was performed before ten thousand guests, and it was five hours long. When I was doing the research for this lecture, I saw several references to the time, so … so I know that this is accurate, but I kept thinking, no one would watch a ballet for five hours. But it must be correct I can only assume that other activities were going on simultaneously, like a banquet and conversation. Don’t you think?

Anyway, what makes Queen Louise’s Ballet so unique, besides the length, and why it’s the first modem ballet, is that it was connected by a story line or, in technical terms, uh, if s called dramatic cohesion. Each scene was related to the tales of Circe, a Greek enchantress, who Used her powers to battle with man and the gods. The triumph of good, portrayed by Jupiter, over evil, portrayed by Circe, was told in a … let’s call it a unified production.