18. Why does the student speak to the professor?
(A) He is applying for a job as her research assistant.
(B) He would like her advice about a research project.
( C) He wants to know her opinion of student activities.
(D) He is informing her of the masquerade ball.

19. What kind of information does the student want to obtain?

Political beliefs of students and professors

Which courses students find most interesting

20. According to the professor, what is one advantage of a survey?

It is the least expensive method of research.

It does not have to be conducted face-to-face.
It provides more information than any other method.
It is the most enjoyable method for the researcher.

21. Listen again to part of the conversation. Then answer the question.
Why does the professor ask this:

(T) To learn about the student’s opinions

To give examples of poll questions

To describe a survey that she wrote

22. How does the professor help the student?
Click on two answers.

She gives him a copy of a sample survey.

She recommends a useful book.
She asks her assistant to help him.
She agrees to review his survey draft. 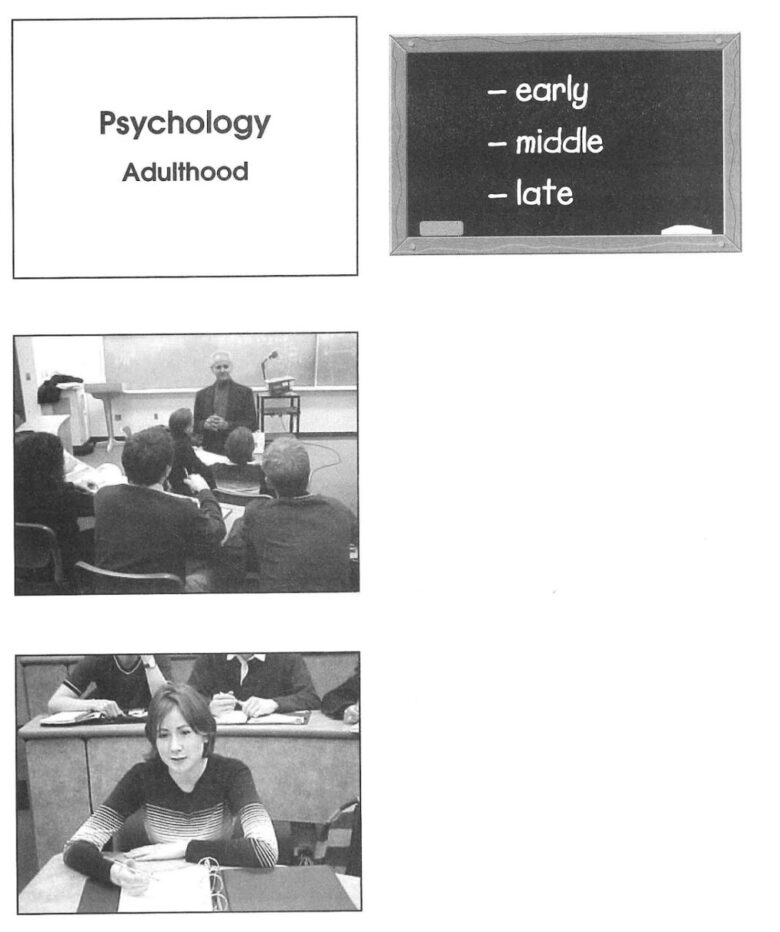 23. What aspect of adulthood does the professor mainly discuss?
(A) Biological changes related to the aging process
(B) Changes in roles and responsibilities during adulthood

24. Why does the professor discuss the “biological clock”?
(A) To review a term before the next test

(B) To compare different types of clocks

(C) To amuse students with a personal story

(D) To respond to a student’s question

25. Why does the professor say this:

(T) To explain the concept of age norms

(T) To complain about abnormal behavior

26. Listen again to part of the lecture. Then answer the question.
What does the professor imply about age norms?
(A) Age norms for a 40-year-old are the same in every culture.
(B) An adult’s status may be determined by age norms.
(C) It is young adults who define their society’s age norms.
(D) Psychologists cannot explain why age norms exist.

27. Based on the information in the lecture, indicate whether each sentence below characterizes early adulthood, middle adulthood, or late adulthood.
For each sentence, click in the correct box. This question is worth 2 points.

28. What does the professor say about people who do not have children?
(A) They tend to become independent adults at a very young age.
(B) They follow the same basic stages of adulthood as other people.
(C) They do not have any social roles after they retire from work.
(D) They do not enjoy life as much as people with children do. 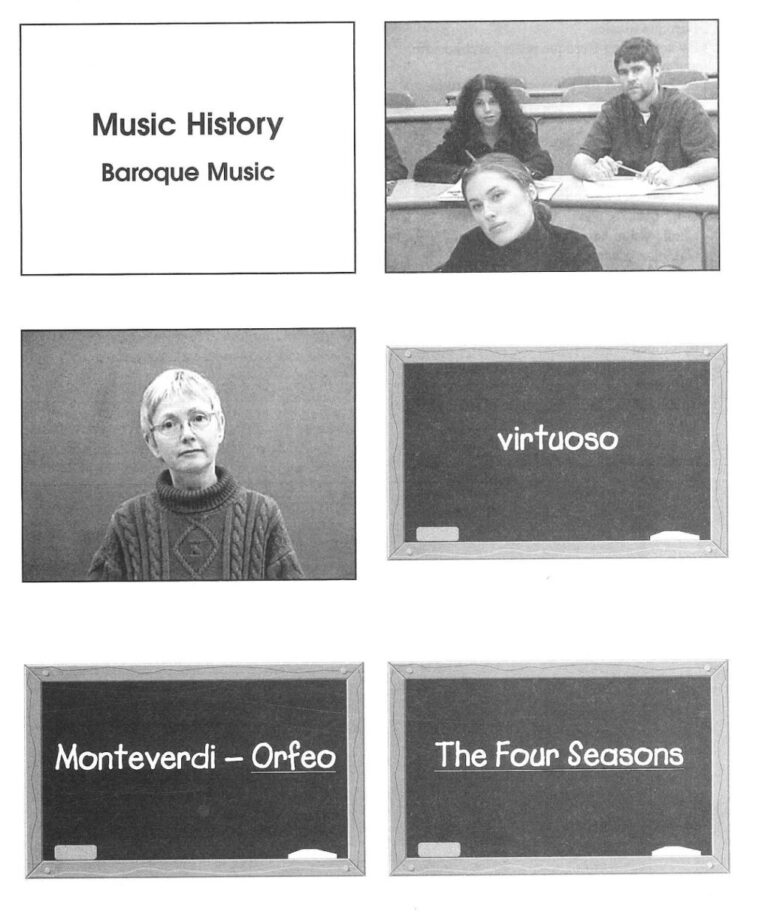 29. How does the professor develop the topic of Baroque music?
(A) By tracing the evolution of Baroque from earlier styles
(B) By describing features and forms of Baroque music
(C) By comparing Baroque music, architecture, and painting
(D) By explaining the philosophy of Baroque composers

30. What characterizes Baroque music?
Click on two answers.
A. Expression of emotion
B. Use of folk songs
C. Emphasis on harmony
D. Complex ornamentation

31. Why does the professor say this:
(A) To explain how new musical forms developed
(B) To quote the philosophy of a Baroque composer
(C) To emphasize the importance of a song’s words
(D) To contrast Baroque music with dance music

32. Why does the professor discuss the instruments of the orchestra for Monteverdi’s opera Orfeol
(A) To compare the Baroque orchestra with the orchestra of today

(B) To give examples of instruments that Monteverdi invented

(C) To illustrate how different instruments helped to tell a story

33. What does the professor mean when she says this:
(A) Very few musicians were skilled enough to play Baroque concertos.
(B) Baroque composers had to earn money by playing in the orchestra.
(C) Musicians had to know how to play several different styles of music.
(D) Baroque musicians created new musical forms to display their ability.

34. What is the professor’s opinion of the concertos called The Four Seasons?
(A) They are the world’s most beautiful pieces of music.
(B) They are popular because they are easy to play.
(C) They are perfect examples of Baroque music.
(D) They are more complex than Monteverdi’s operas.