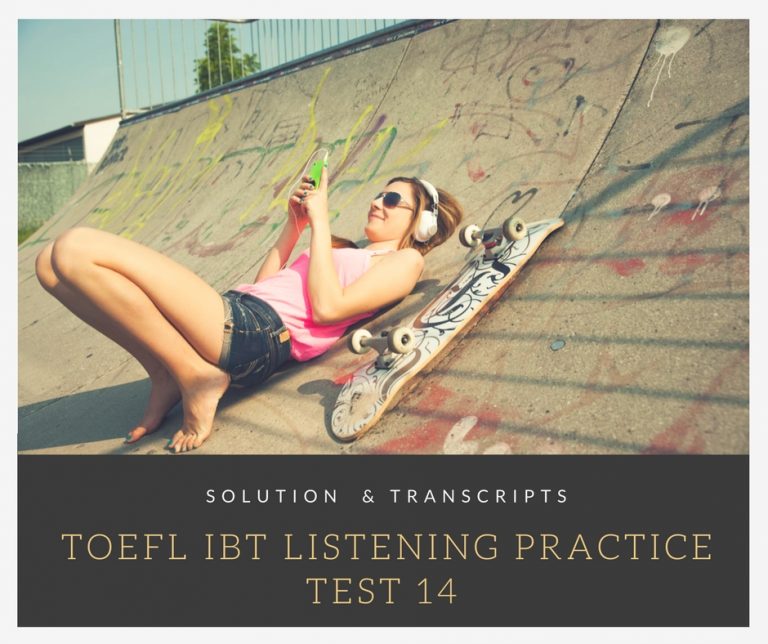 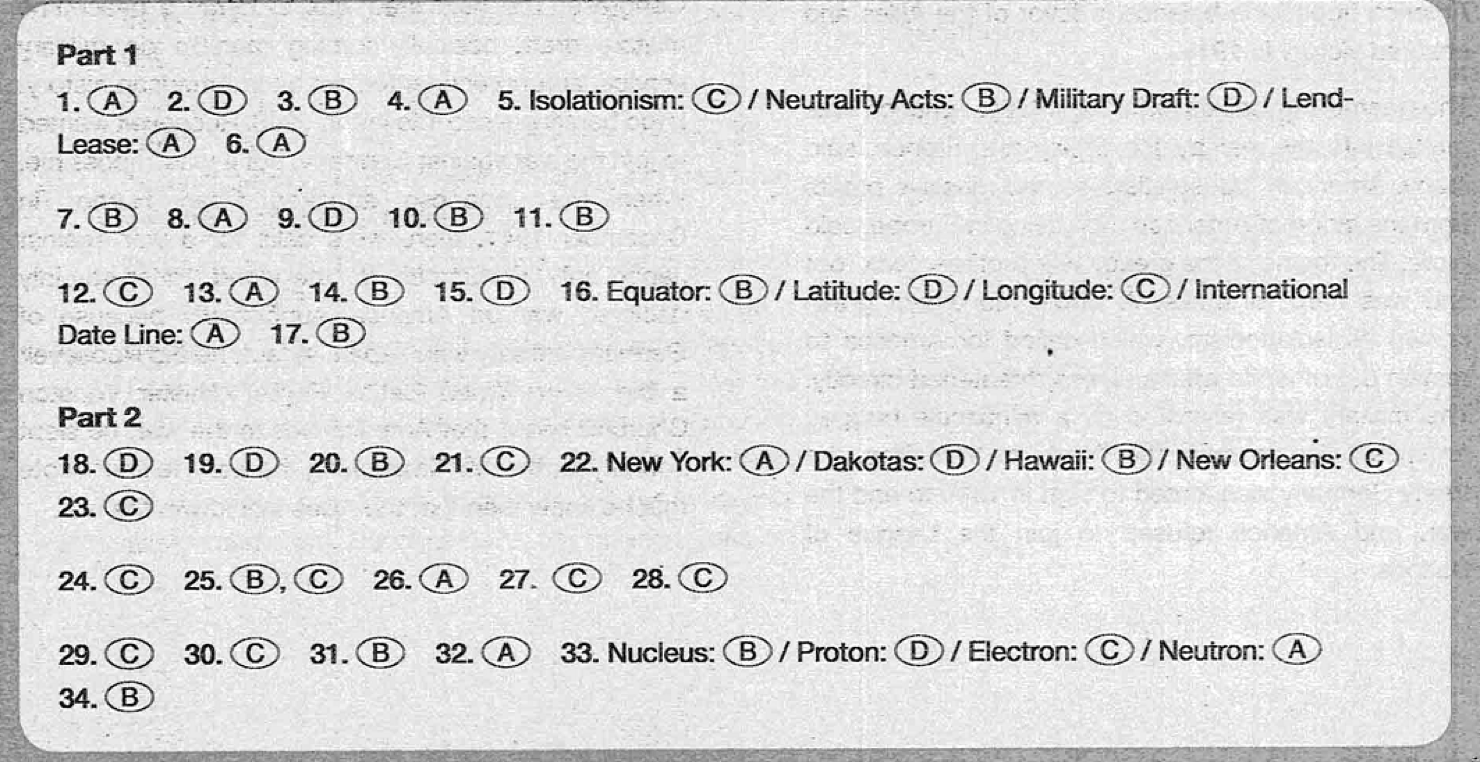 Listen to part of a lecture in an American history class.

Professor: The question often asked is why the United States did not enter World War II until 1941 and why It waited until after it had been attacked by Japan. To find the answer, we’ve got to go all the way back to World War I and even farther back to George Washington. Our first president advised the nation to avoid foreign entanglements, and, for our first century, we were quite adept at doing so. It was not until the Spanish American War at the end of the nineteenth century that America’s interests were earned abroad by force of arms. The Spanish American War turned America into an imperial power with the acquisition of the Philippines, Cuba, and other Spanish territories.

The first years of World War I were boom years for Amencan industry, as we supplied massive amounts of material for the waning nations. Most went to the Allied side since our hearts were really with them. Many Americans went to Canada or England to join their fighting armies and to look for adventure, but our armed forces stayed home. But the war wouldn’t let us stay out for long. German submarines began sinking ships, ships carrying Americans and American cargo. Despite the protests of our government, the sinking continued. The Germans knew they were provoking us to go to war, but our army was small and far away and would have to cross a massive ocean full of their submarines to reach the battlefields of Europe. Well, we did declare war on Apnl 6,1917, rapidly expanded our military, and rushed our men to Europe, losing very few to those German subs. Many historians agree that America tipped the balance in favor of the Allies and ensured victory in 1918.

Then came the backlash in the 1920s. Amenca was tricked into the war by the British and French, said many. American industrialists earned massive profits from the blood of American men dying in Europe, said more. The theme of the greedy war profiteer took root and was hard to shake. A whole movement grew, known as isolationism, which called for America to remain out of world affairs unless threatened directly. The military was restricted by a minuscule budget. America failed to ratify the Treaty of Versailles, the treaty Germany was forced to sign in 1919 to end the war, and America refused to join the League of Nations.

These were great blows to the structure of world peace. It was obvious to all that America had been the decisive factor in defeating the Central Powers in World War I. Without the support of the United States, the League of Nations lacked the power to enforce peace. One may look at the United Nations today and say the same thing, even with American support. But it was this lack of support in the series of crises leading up to the outbreak of war in Europe in 1939 that had the most profound influence. Hitler provoked a series of crises with the British and French, with both nations backing down time and again, fearful of another war without American help.

As this was happening in the late 1930s, the United States passed a series of laws known as the Neutrality Acts. These forbade the United States from selling weapons to nations at war and stated that all strategic material, such as oil or steel, had to be paid for in cash and shipped on the purchasing nations’ own ships. In addition, no American citizen could book passage on a ship of a nation at war, and America would not lend money to any waning nations. This last one was in response to the lack of repayment for the many loans America gave in World War I.

When war did break out in 1939, President Roosevelt wanted to help the British and French, but his hands were tied by the isolationist movement and Neutrality Acts. In order to get around them, he enacted Lend-Lease, which allowed America to lend military supplies to the Allies with payment to be made in the future. Lend-Lease barely passed the debate in Congress. The next step was to begin a peacetime military draft, basically forcing men to do military service, an unprecedented action in American history. It too barely passed into law in 1940. Roosevelt wanted to join the war against Germany, but it was impossible. When the Japanese attacked Pearl Harbor in December 1941, there were calls for a war against Japan only. Fortunately for the world, Hitler stupidly declared war on America, supposedly because of Germany’s treaty with Japan. In fact, he did Roosevelt a big favor. When British Prime Minister Winston Churchill heard that America was in the war, he slept soundly for the first time during the war. He later wrote that he knew then that the Allies would win the war.

Professor: Jason, I’m so glad that you dropped by. I wanted to speak with you for a few minutes about your paper that you turned in last week.

Student: Oh, sure. Was there something the matter with it?

Professor Uh, actually, yes, there was. I think that you must have read the directions wrong or something because you turned in a report on a topic that we won’t even go over until next month.

Student Oh my goodness! Surely you can’t be serious?

Professor Oh, I would never joke about something like this. Your astronomy report looked at the effects of a lunar eclipse on the Earth. However, if you would kindly take a look at this syllabus here, you’ll notice that we don’t even cover eclipses until next month. To be frank, I’m not sure where exactly you got the idea for this paper.

Student: You know, when I was writing it, I had the feeling that there was something strange going on. I haven’t missed a class all semester long, so I knew that we hadn’t studied eclipses yet.

Professor: So, how did you come to write about them in your report?

Student: Well… It’s actually a little embarrassing, but I suppose that I should tell you. You see, I lost my syllabus on the first day of class, and I was too, uh, you know, shy to ask you for another one. So I’ve been relying upon one of my friends to tell me what our assignments are. He must have, uh, played a joke on me or something.

Professor; Not much of a friend, is he? I think that you might need to reconsider that friendship of yours. Anyway, it seems that, although you are, technically, at fault, I shouldn’t penalize you because another student opted to tell a lie to you. For that reason, I’m not going to give you a zero on this paper.

Student: Oh, thank you so much, sir.

Professor: I am also going to give you another chance to rewrite this report. Now, the topic that you should have written your paper on is the moons of Saturn and how some of the major ones vary quite differently from one another.

Student Wow. That really is different from what I wrote about. You must have been extremely shocked when you started reading through my paper.

Professor That’s the understatement of the year. Anyway, I shall give you four days to submit this report. Today is Thursday, so I want this report on my desk no later than noon next Monday. Do you think that you can handle it?

Student: Oh, yes, sir. I’m positive I can do that report now that I know exactly what the topic is. I’m so pleased that you’re giving me a second chance. A lot of professors wouldn’t do that.

Professor. Well, I try to concern myself with what is best for my class, not others. Oh, Jason… One more thing.

Professor. Don’t ask your friend for any more advice. I don’t want you writing about something completely off the wall next time.