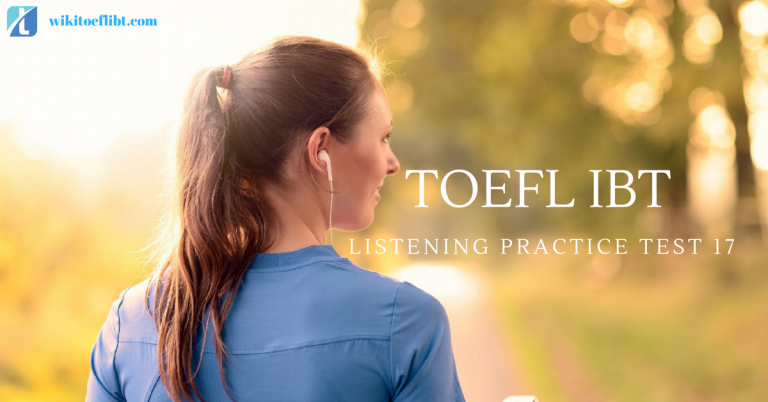 Lecture 1 ~6: Listen to part of a lecture in an American history class.

1. What aspect of transatlantic flight does the professor mainly discuss?
A. The difficulties involved in such an ambitious undertaking

B. A description of the planes involved and their impact on the future

C. Why Pan Am decided to take the risk of beginning these routes

D. A comparison between Clippers and modern jet aircraft like the Boeing 747

2. According to the professor, what was Pan Am’s main intention?
A. To dominate the North Atlantic market for transoceanic flights

B. To provide top-notch service and a first- class setting to wealthy passengers

C. To create a global network of flights and revolutionize the industry ‘

3. According to the professor, what was the highlight of the Clipper aircraft?
A. They were able to land on water, which maximized the safety factors.

B. The early Clipper craft could carry over twenty people, a milestone for the time.

C. They were comparable to high-class accommodations that pamper their customers.
D. The passengers were charged premium prices for the airplane’s maiden voyages.

4. What does the professor imply about modem commercial aircraft?
A. They are much larger than the first commercial airplanes that crossed the oceans.
B. They have minimal comfort in contrast to the luxurious Clipper aircraft.
C. They borrow many of the early design features from Pan Am planes.
D. They are not as safe as the Clippers because they do not have floating capabilities.

5. Listen again to part of the lecture. Then answer the question.
A. Borders became more transparent with the advent of transoceanic flights.
B. Pan Am’s early Clipper service helped to begin to unite the people of the world.
C. Most countries were completely isolated from one another before Clipper flights.
D. For the first time, individuals were able to visit foreign lands with few impediments.

6. Are the following characteristics of the Clipper aircraft or the Boeing 747?

A. The fare equaled that of the Concorde.

B. It was put into service in the late 1960s.
C. They were used to transport soldiers.
D. It had a larger seating capacity.

Conversation 7-11:0 Listen to part of a conversation between a student and a cafeteria employee. 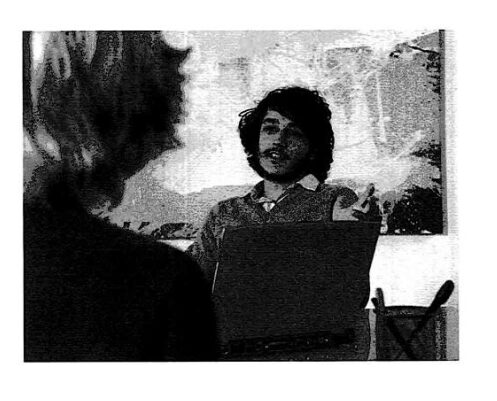 7. What are the speakers mainly discussing?
A. The man’s weekly eating patterns

B. The meal plan options available

8. According to the student, how often does he eat in the cafeteria?
A. About seven times a week

B. Around ten times a week

C. About fourteen times a week

D. Around twenty-one times a week

10. What is the cafeteria employee’s attitude toward the student?
A . She is somewhat condescending.
B She is particularly disinterested.
C She is rather informative.
D She is overly excited.

11. What will the student probably do next?
A, Ask for a refund on his meal plan

B, Consider all of his options first
C, Sign up for the fourteen-a-week plan

D, Ask the employee for some more information

Lecture 12-17: Listen to part of a lecture in a literature class.

12. What aspect of the two poems does the professor mainly discuss?
A, How they both deviate from one another in terms of their theme

B, How each one’s tone reveals the exploration of the surface of things
C, A companson of life and death symbols and their importance

D, The way in which a person’s initial perceptions can be deceptive

13. According to the professor, why does Smith have the deceased individual on the beach speak?
A. To suggest that the person has not actually perished
B. To reveal the latent spiritual motif of the poem
C. To indicate how observers misinterpreted the warning signs

D. To show how the person was in trouble his entire life

14. What does the professor imply about the individual’s death?
A. He could have been saved if his signal had been accurately interpreted by bystanders.
B. It was no accident that the person drowned because of his serious internal problems.
C. People should pay closer attention to the intentions of others, not simply their actions.
D. While clearly a tragedy, humans should try to respect the forces of nature more.

15 Listen again to part of the lecture. Then answer the question.
A She thinks the students are making it difficult on themselves.
B She believes even a complex operation could not save the person.
C She worries that the students are looking too deeply into the meaning,

D She cannot understand why the class does not agree with her explanation.

16 According to the professor, Frost believes people should take which path in life?
A. A way that contains the most obstacles and hurdles

B. The one that does not have a clear terminus or course

C. A direction that gives a person the option of changing his mind
D. A proven course that is comfortable and simple to track

17. Are the following characteristics of Smith’s or Frost’s poem?
Click in the correct box for each sentence.