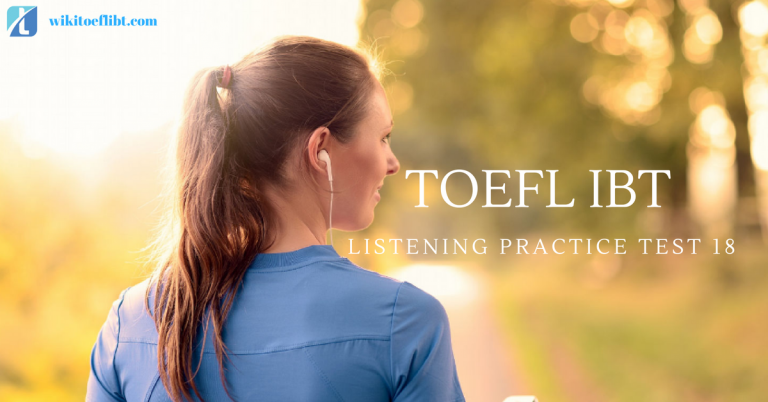 Lecture 1 -6:  Listen to part of a lecture in a history class

1. What is the lecture mainly about?
A. The major differences between national parks and national monuments in the U.S.
B. The Antiquities Act and why it is important to the preservation of the U.S.
C. The first national park. Yellowstone, and how its establishment came about

D. The Grand Canyon and Statue of Liberty and why they were made national monuments

3. Listen again to part of the lecture. Then answer the question.
A. He wants the students to understand the protective vision of many U.S. presidents.
B. He believes that many presidents did not have the best interests of the country in mind.
C. He hopes that future presidential projects will not be taken advantage of like in the past.
D. He thinks the students should realize that many presidents protected land for their own benefit.

4. According to the professor, what was the first national monument in the United States?
A. The Grand Canyon

B. The Statue of Liberty

5. According to the professor, what did President Clinton do in relation to the Antiquities Act?
A. He broadened its appeal and realm of influence in the United States.

B. He established the Northwestern Hawaiian Islands Marine National Monument.
C. He used the act to establish a record number of national monuments.
D. He invoked the act to push his own agenda of conservation before he left office.

6. In the lecture, the professor discusses the establishment of U.S. national parks and national monuments. Indicate to which category each of the following statements belongs.
Click in the correct box for each sentence.

Conversation 7-11:0 Listen to part of a conversation between a student and a professor. 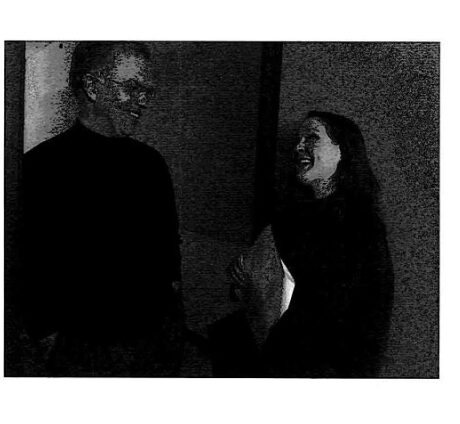 7.What are the speakers mainly discussing?
A The student’s attempt to sign up for the professor’s class

B The African-American writer Zora Neale Hurston
C . The student’s grades in some classes taken previously

D. The professor’s opinion on some classes the student may take

9. What does the professor imply about Professor Rice?

A She is an expert in various eastern religions.
B She just became the head of her department.
C She does not specialize in religions such as Buddhism.
D She is not one of the more popular professors in the department.

10. Listen again to part of the conversation. Then answer the question.

A To indicate that the registration policy benefits upperclassmen

C To mention that the case will be difficult for freshmen and sophomores
D . To encourage the professor to change the registration method

11. According to the professor, what is crucial to a folklore class?
A. An exploration of different religious influences on the wnters

B. A well-structured syllabus that the students can follow
C. Readings of one of its major contributors Zora Neaie Hurston

D. Other modem examples of literature coming from the South

Lecture 12-17:  Listen to part of a lecture in a literature class.

12. What aspect of Poe’s short story does the professor discuss?
A. Some major themes such as death and revenge
B. How the setting is important to the plot

C. A comparison of the two main characters

D. How symbolism plays a major role in the story’s development

13. Listen again to part of the lecture. Then answer the question.

14. According to the professor, what is the main difference between Fortunato and Montresor?

A. Fortunato has much more wealth than Montresor.
B. They attained their societal status in dissimilar ways.
C. Montresor is much wiser than the foolish Fortunato.
D. Montresor is an executioner while Fortunato is a dupe.

15. According to the professor, how did Fortunato gain his wealth?

A He inherited it from some of his rich ancestors.
B He usurped it from some naive investors.
C He acquired a lot of money through an accident.
D He built an empire through a lot of hard work.

16. What can be inferred from Montresor because of his mask?
A. He is of a higher status than Fortunato.

B. He does not want to reveal who he is.
C. He is planning on killing Fortunato.
D. He is a thief preparing to rob Fortunato.

17. In the lecture, the professor discusses the characteristics of Fortunato and Montresor. Indicate which character the following statements characterize.