Lecture 18-23:O Listen to part of a lecture in a geology class.

18. What aspect of earthquakes does the professor mainly discuss?

C, The difficulties involved in attempting to predict them

D How earthquake forecasts determine when they will occur

19. Why does the professor explain weather forecasts?

B To contrast weather prediction with earthquake prediction

C To indicate how far meteorological technology has come

D To note that the weather influences earthquakes greatly

20. Listen again to part of the lecture. Then answer the question.

A. To show that most earthquakes occur when they are least expected

B. To note that, one day, earthquake prediction will be an exact science

C. To reveal the futility of trying to determine when earthquakes will occur

21. According to the professor, what is the most famous fault in the world?
A. The San Andreas Fault ‘

B. The Hayward Fault .

22. What can be inferred about earthquakes?
A They take time to form and organize, unlike hurricanes.
B Experts are under stress to determine when they will happen.
C Without them, plate tectonics would not exist.
D, More will occur if scientists drill deep into the ground.

23. In the lecture, the professor describes weather and earthquake forecasts. Indicate which forecast type the following statements are a description of.

Conversation 24-28:0 Listen to part of a conversation between a student and a professor. 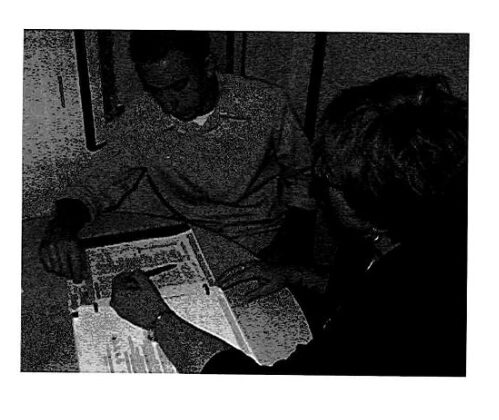 24. Why did the professor ask to see the student?

25. Listen again to part of the talk. Then answer the question,
A. She thinks the papers have been full of too many grammatical mistakes.
B. She believes the students are including too much unimportant information.
C. She wonders why the students wait until the last minute to begin writing.
D. She cannot understand why the students do not use outlines for organization.

26. What does the professor imply about the student?

A. He allows his mind to wander at times.
B. He does not follow directions very well.
C. He needs to work on his listening skills.

D. He lacks confidence in his writing ability.

27. What happened to the student’s text and notes?
A He lost both of them at the library.
B He lost them in a restaurant off campus.
C He let another student borrow them.
D He left them at a coffee shop on campus.

28. What is the professor’s attitude toward the student?
A. She is suspicious of his intentions.
B. She wishes the student would try harder.

C. She is somewhat protective of him.
D. She feels bothered by his lack of common sense.

Lecture 29-34:O Listen to part of a lecture in an anthropology class.

29. What is the main topic of the lecture?

A The specific area of Africa where the first humans originated

C How scientists are tracking human the earliest movement of humans

D Why early humans chose to move eastward instead of westward

30. Listen again to part of the lecture. Then answer the question.

A The ocean was an important food source for people.
B The western Mediterranean was inaccessible.
C Early humans did not know how to build boats.
D The early groups often became lost while traveling.

31. According to the professor, why are the Niah Caves important?

A. Fossil evidence places humans there forty thousand years ago.
B. They show humans living in India for the first time.
C. Early humans crossed land bridges to reach the caves.
D. The fossils found there predate the ones found in Australia.

32. According to the professor, how has the understanding of human migration improved?

A Carbon dating has become more precise over the past few years.
B Scientists of different disciplines confirm one another’s findings.
C Scientists now know that early humans were able to push over the Himalayas.
D Artifacts reveal more than ever due to advances in genetic modification.

33. How is the discussion organized?

34. In the lecture, the professor describes the early humans in Central Asia and North America. Indicate with which continent the following statements are connected.
Click in the correct box for each sentence.