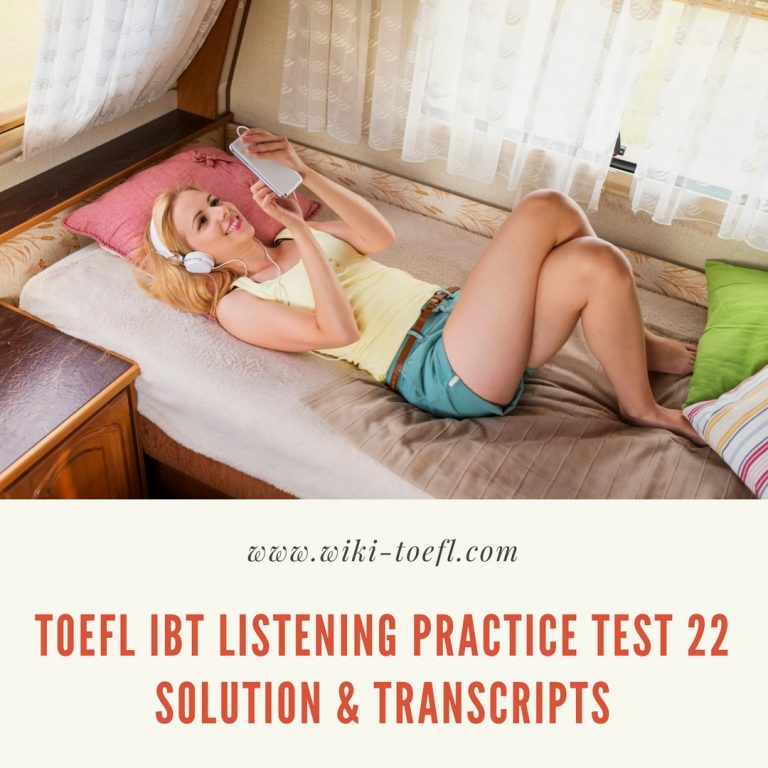 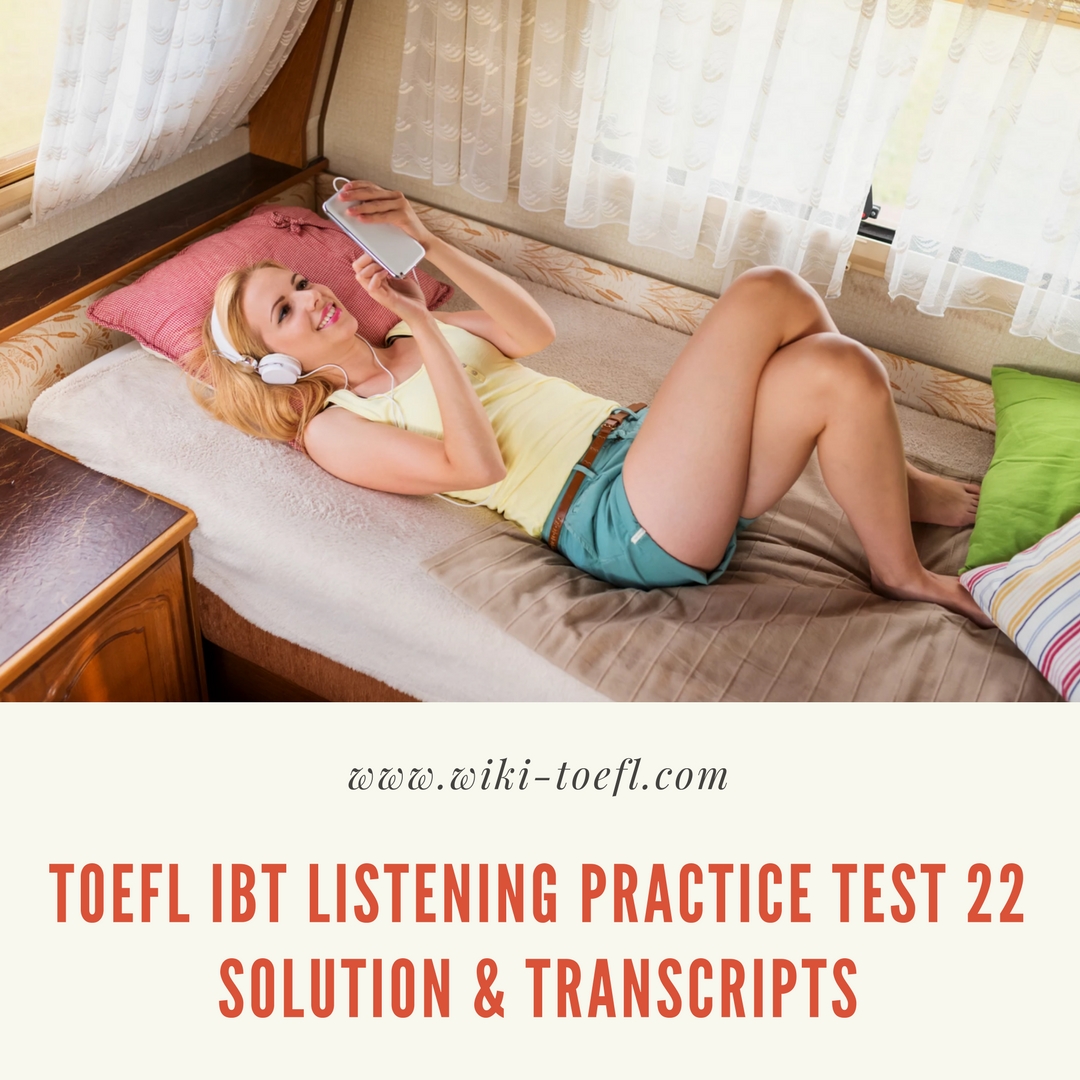 Listen to part of a lecture in a biology class.

M: so to day we are going to spend the first part of class talking about Wallaces, a very unique zoogeographic region. You may have noticed that your textbook mentions zoogeographic regions; these are areas of distinctive animal life, or fauna. The book discusses the examples of the Neotropical and Ethiopian regions, among others. Um, er, all of these zoogeographic regions are characterized by having a diversity of species that make up a giant gene pool.

You may remember from our last dass that a gene pool refers to the total genetic material available for a population or species at a given time… the bigger the gene pool for a species, the more genetic material available for that species to evolve and adapt to their environment. And, out of this gene pool and the forces of natural selection, we see the evolution of a variety of related speaes. These species have evolved in relationship to each other but are different from species in other zoogeographic regions. Move to a different region, and the gene pool, the diversity of species living there, well that gene pool would be different.

Now, Wallacea is such a zoogeographic region, and especially interesting for the huge diversity in a relatively small area. It’s located between the Moluccan Islands of Indonesia and the continental shelf of Australia, and it covers a total land area of 347,000 km2. It’s named after Alfred Russel Wallace, the father of animal geography, and whose other claim to fame is that he was developing the theory of evolution at the same time as Charles Darwin. However, um, Darwin was a little more established and managed to publish it first. The moral of this story: publish or perish. Right, well, uh, back to our point, Wallacea.

OK, so, Alfred Russel Wallace spent a lot of time traveling the East Indies, or what is today called Indonesia, where he was, umm, studying the biology of the region. Aside from this being a part of the world that is rich in biological diversity, both animal and plant We on land, terrestrial, as well as marine life see, what was unusual to this pioneering biologist—and this is important—what was unusual was the sudden difference in species. Wallace was sailing between the islands of Bali and Lombok, a distance of merely fifteen miles, when he discovered a significant and drastic change between the bird families living on the two islands. On the one hand, there were Asian bird species found on Bali Yet, just a short distance away, on Lombok, he found no Asian birds. What he found, on the other hand, were several distinctly Australian species. It was as if there was a line, and not a very thick one, that the birds refused to cross. But it was not only birds, take mammals for instance East of the line, there are placental mammals such as tigers, rhinoceros, and apes, similar to those of the Asian mainland In contrast, to the west, he found marsupials. Now these . . . these, uh, marsupials are distinct from placental mammals in that female marsupials typically have a pouch in which they rear their young.

Well, true explorer and scientist that he was, Wallace was not content to study the birds of Bali and Lombok, but sailed to nearby islands in the East Indies . . he marked the channel between the two islands of Bali and Lombok and followed it north, observing species on other islands and discovering what was in fact a distinctive line between zoogeographic regions. What he discovered has been called the “Wallace Line” in his honor, a dividing line between the species of two large zoogeographic provinces, those of Asia and Australia.

In his enthusiasm. Wallace mav have exaggerated the distinctness of this line. Other biologists have since adjusted the boundary between the Asian and the Australian regions. As with otfier zoogeographic regions—now this is important—the core areas of a region, their centers, are most distinct, and as you go out from the center, it’s fuzzier on the periphery, the edges. We now know that some Asian species have crossed the Wallace line, these may not be the birds of Bali or the Asian mammals, but other species such as insects. What we see along the line is more of a Wending of species as one zoogeographic region meets another Moving westward from the Wallace line, there is a gradual reduction in Asian species and an increase in Australian species. So, this area, this transition region, between the Asian and Australian regions, well, it has subsequently been named Wallacea. a particularly interesting zoogeographic transitional region.

Listen to part of a conversation between a student and a clerk at the student union.

W: Um, OK . . . but if it’s for the Phobos Quartet tomorrow, you’re too late. That performance is already sold out.

M: No, no, it’s not for that. I want five tickets to the game next weekend.

W: Football tickets. I’m sorry, but the Student Union doesn’t sell tickets for football games or any other sporting events. You’ll have to go to the athletic office for that. Do you know where it is?

M: Yes, thanks. Sorry about the mistake I guess I’ll go over there now.

W: Umm, before you go, can I ask you something?

W: Is this the first time you’ve bought tickets for an athletic event?

W: Well, I can probably save you some time. First of all, you can’t buy more than one student ticket for an athletic event. Every student is limited to one. You only pay half-price for it, though

M: Why is that? I wanted to bring the rest of my family to the game. How are they supposed to go?

W: Well, student tickets are limited to one each, but your family can always buy general admission tickets, if any are available.

W: No, unfortunately not Student tickets only. And a certain number of seats for each game are reserved just for students. You can imagine what would happen otherwise. No one would ever buy a full- price ticket, and students would get squeezed out of the games.

M: What if some of my friends who don’t plan on going to the game give their tickets to my family? You know—my family uses their tickets?

W: Yes. you could probably do that. But your friends would have to actually go to the ticket office, show ID, and buy the tickets personally.

M: OK. but would someone at the stadium say to my dad, “Hey. This is a student ticket and you don’t look like a student”?

W: I’m not really sure. I suppose than possible. You just have to deade whether you want to take that chance.

M: Hmm. Yeah. I’ll have to think about that

W: But I don’t want to give you wrong information. Maybe there wouldn’t be a problem. You’d really better check it out with the athletic ticket office. I don’t know all their rules. If you’re embarrassed to do it in person, give them a call. Their extension is 5-3010.

M: Five three zero one zero. I’ll do that. Thanks for all your help.