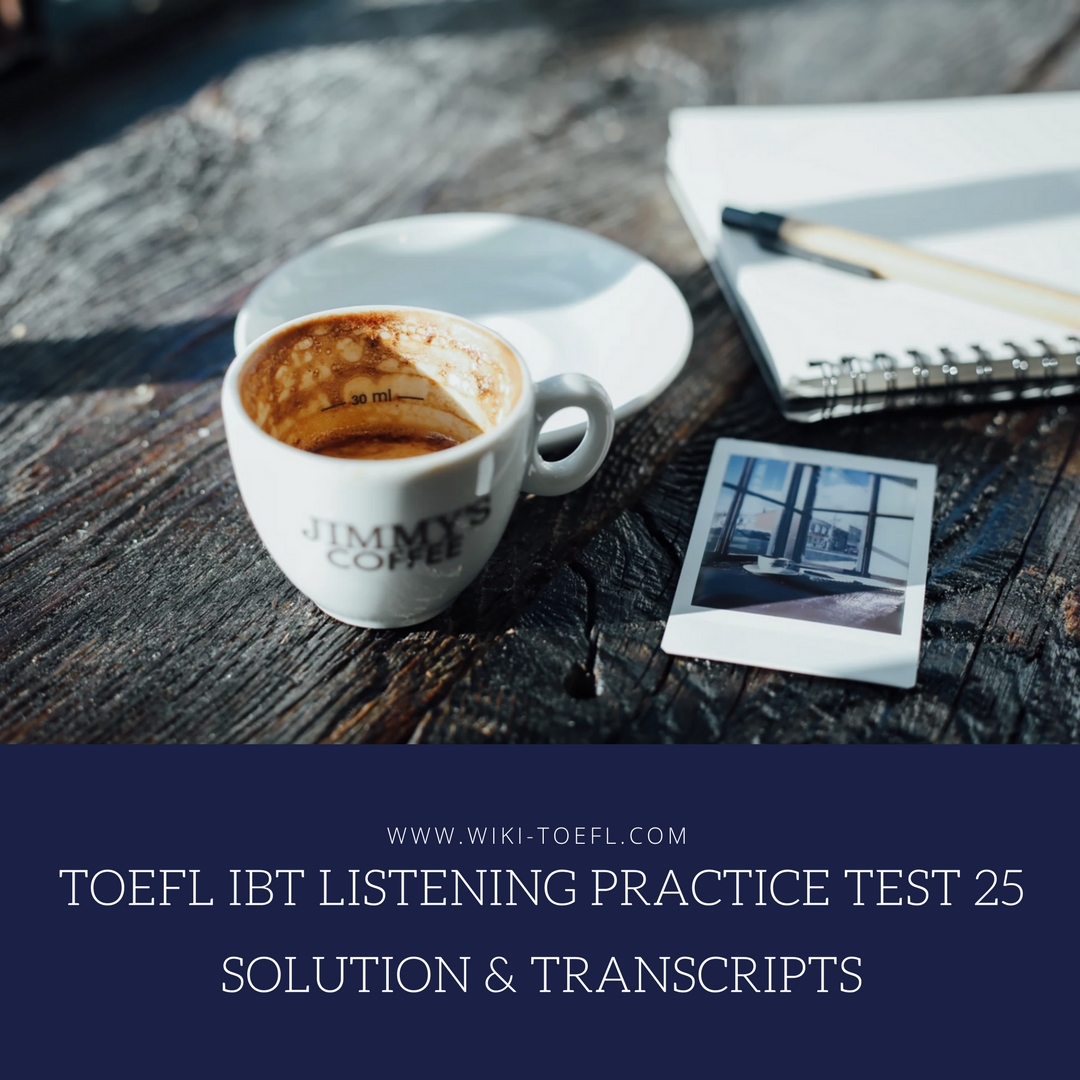 N: Listen to the following conversation between a student and a professor.

S: Well, we’ve never met before, because I’m not in the history department. But, my name is Marc Singer. I’m actually a drama student.

P: Hi, Marc. Are you here about taking a class In the history department? We have a number of very good introductory classes for people who are only casually Interested In history. A lot of the drama and language students really enjoy them, and the classes can count towards your science requirements. It’s easier to take a history class than introductory calculus.

S: Thank you. But, I was really hoping to do something a little more advanced. There Is a class, actually one that I believe you teach, called “War and Television’1 that I would really love to take,

P: That might be a problem, Marc. You see, that class is a requirement for the fourth-year honor students. A lot of people need to take It, so It’s really rare for us to allow a student from another department In. There just isn’t enough space. I’m sorry,

S: Well… I see. Dr. Johnson, I have more than just a passing knowledge of history. You see, my father Is a real history buff. Even the bedtime stories he read me were related to history,

P: I can appreciate your interest. But, what if I allowed you Into the course and then a fourth-year student was unable to graduate? I wouldn’t be very popular with the students. Besides that, there are a lot of requirements one has to fulfill prior to getting Into my class.

S: Can I ask what they are?

P: Sure, There is a list of five classes. Let’s see, there’re Writing History, The Economics of War, Europe: An Overview and two others that I can’t remember. Students need to have completed at least three of those classes, and they need to have attained at least a B average.

S: Well … I’ve taken two of those classes, and I received A’s in both. Are there other requirements?

P: I wish that I could say that a keen Interest In the relationship between war and television was a requirement, but then I guess a lot fewer students would be allowed Into the class.

S: I wish it were required, too. You see, I’ve read all your papers on the topic. I really liked how you explained how television shows could change how people think about wars. Like, support for the Second World War peaked twenty years after the war because of the television shows about it that appeared during the sixties.

P: I have to say, Marc, I really wish I could let you into the class. You say that your interest In history comes from your father?

S: Right. I spent my entire childhood visiting museums and reading about history with my father. He loves It. I guess that’s why he became a history professor.

S: Yeah. That’s my dad. But he’s not at State University anymore. He retired last year. Now he spends all his time working on a book about Alexander the Great.

P: OK. I’ll tell you what. I can’t let you Into the class next term because you’re short one required class. But, If you take one more history class next term, then I’ll do my best to get you Into my class two terms from now. How does that sound?

S: Sounds great. Thanks for your help.

P: Don’t thank me yet, Marc because although I’ll try my hardest to get you into the class, I can’t make any promises, ok?

S: Sure. Should I tell my dad you said hello?

P: Please do. And come back next term sometime. We can talk more then.

N Listen to part of a lecture from a biology class.

P: OK, uh, today we’re going to look at a very special insect. Its class is Insects, and Its order Is Hymenoptera, which means It has a winged membrane. Can any one guess what it is? No? OK. One more hint: Its genus and species is Apis melilfera scutellata. Anyone? Well … I guess you likely know its more common name, killer bee. Now, today we’re going to try to decide if this little bug deserves the name It has. The first question we should ask Is where did these bees come from. Actually, they exist because of a mistake that scientists made while trying to

crossbreed North American honeybees with more aggressive bees from Africa. Specifically, the African bees are from south of the Sahara Desert. The hope was that the new bee would be as safe as an average honeybee but be able to produce a lot of honey, like the African bee. But, In 1956, Brazilian scientists lost control of their new “Africanized” bees, which started to spread throughout South and Central America. By October of 1990, the killer bees were found In America, south of Texas.

So, what’s life like for the average killer bee? Well, there are four main stages: egg, larva, pupa, and adult. Let me check my notes here … yes … an egg only needs twenty-one days to become an adult female worker, sixteen for It to become a queen, or about twenty-five days for It to become a drone. Remember, the drones are the male bees and it’s their Job to mate with the queen and defend the hive, but the females can attack, too. The hives can spread quickly, for a number of reasons. One, the queen can lay about 1,500 eggs In a day. When there are too many bees In the hive, they will swarm. Swarming means that a large number of them will fly away from the hive to form a new one. Now, the average honeybee hive will do the same thing. But, there are some important differences. One, honeybees will swarm only when they are overpopulated. Killer bees can swarm for the same reason, but also If the temperature is too warm or too cold. Also, and this is part of what makes them so dangerous, killer bees are much more aggressive when they swarm. If you are In the path of a swarm of them, you’ve got a seventy-five percent chance of a deadly attack.

What can we do? Well … some say we shouldn’t worry too much. But, others fear that the bees will adapt to colder cilmates and continue to spread north, wiping out honeybees as they go along. There have been attempts to Inject honeybee sperm into killer bee queens, In the hopes that they will produce less aggressive offspring. Yet, it hasn’t been done enough to know if it will really make any kind of difference. OK. So, killer bees do deserve their name, but mostly because they kill other bees. The problem Is that if they manage to kill enough of them, it’ll destroy our agricultural businesses.