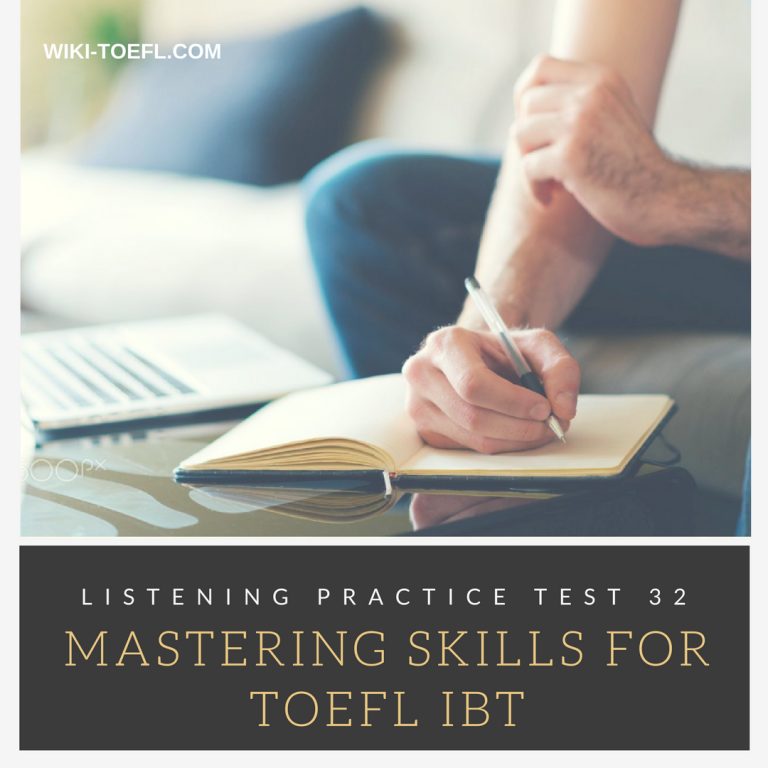 Listen to the lecture in biology class:

1.What is the main topic of the lecture?

2. Listen again the lecture to the part of the lecture. Then answer the question:

What does the professor mean when he say that?

3.What is the professor’s attitude toward the researchers who worked around Cocos Island?

4. According to the passage, why do old sharks let young sharks hunt first?

5.How does the professor organize the information about tracking sharks that he presents to the class?

6.What can be inferred about whales?

Listen to the lecture in a history class ( Track 84)

7. What is the main topic of the lecture?

8. Why does the professor mention Rome?

9. How did the defeat of the Normans benefit the Venetians?

10. What does the professor mean when she say this?

11.Listen again to part of the lecture. Thenanswer the question.

Why does the professor say this:

12. Based on the information from the lecture, indicate whether or not each event occured in the Venetian Republic. Place a checkmark in the correct box:

Listen to a conversation between a student and a university employee.

13. What problem does the students have?

14. What is the student’s attitude toward her financial aid package?

15. Listen again to part of the conversation.

Then answer the question. Why does the man say this:

16. How can the Computer Purchase Program help the student?