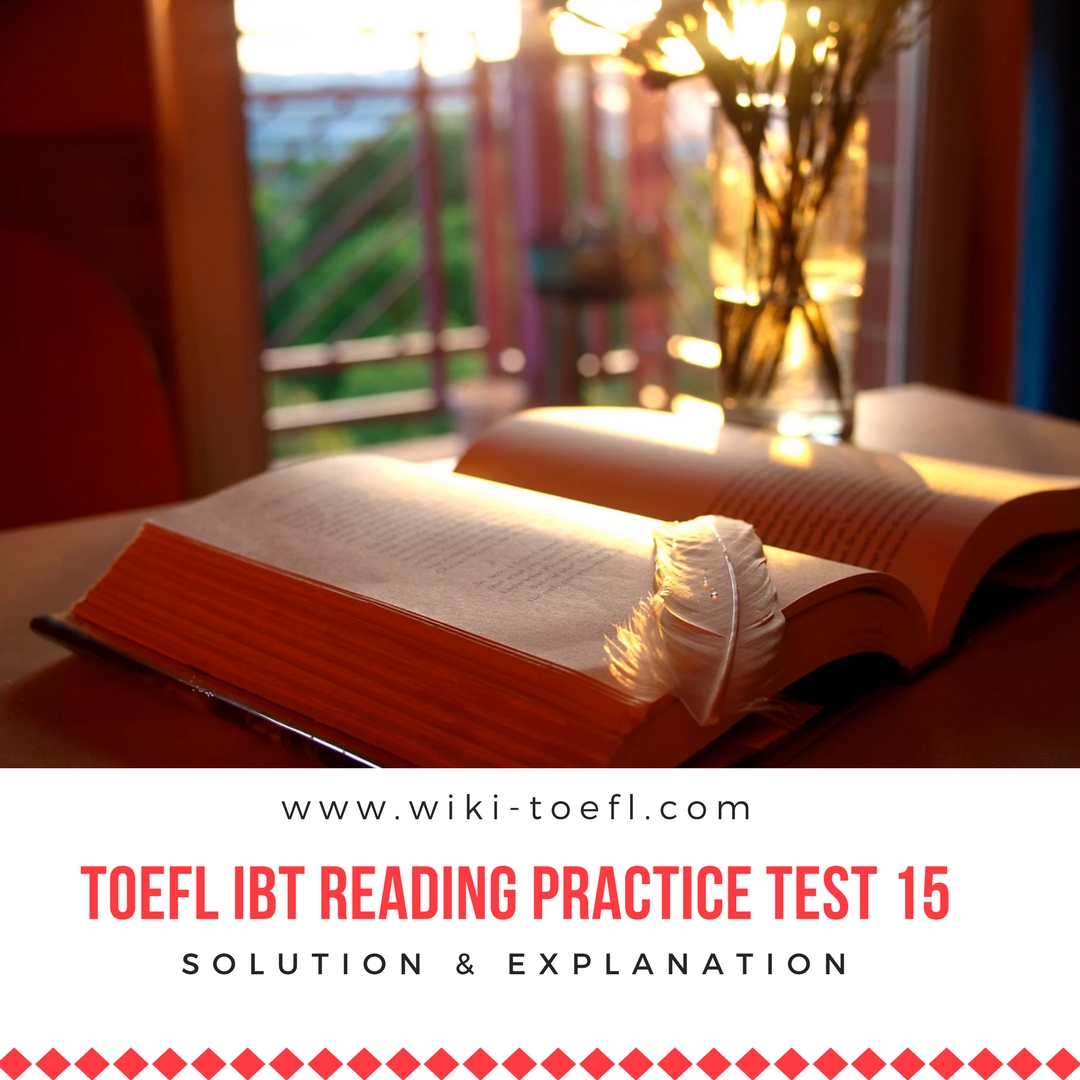 27. A The author mentions geothermal power in 1904 in Italy, and then lists a number of countries worldwide that are using geothermal energy. Choice B is not correct because only successful production is mentioned. Choices C and D are discussed later in the passage.

29. C In this passage nearly is a synonym for “approaching.” Context comes from the number after the word.

30. B “Some 40 million people today receive their electricity from geothermal energy at a cost com petitive with that [the cost] of other energy sources.” The pronoun “that” does not refer to Choices A, C, or D.

31. D “… considered a nonrenewable energy source when rates of extraction are greater than rates

of natural replenishment.” Choices A, B, and C are true, but they do not explain the term “nonrenewable.”

32. A High heat is the source of most of the geothermal energy paraphrases “… most geothermal

34. A In this passage, large is a synonym for “considerable” in reference to “thermal pollution.” Context comes from the contrast with the phrase “atmospheric pollutants” in the previous sentence.

40. D In this passage, particular is a synonym for “distinctive.”

42. B In this passage, the phrase Joined by is a synonym for “Accompanied by.” Context comes from

43. B “Because modem Asian populations include all three blood types, however, the migrations

must have begun before the evolution of type B, which [evolution] geneticists believe occurred.” The pronoun “which” does not refer to Choices A, C, or D.

44. D “… the migrations must have begun before the evolution of type B.” Choice A is not correct

45. D “… glacial melting created an ice-free corridor along the eastern front range of the Rocky

46. B “The most spectacular find, at Monte Verde in southern Chile, produced striking evidence of

47. A In this passage, In the end is a synonym for “Eventually.” Context comes from the phrase “The

final migration” in the following sentence.

48. A Beringia was under water paraphrases “Beringia had been submerged” and the last people

graph 6, sentence 5. Choice D is not true because the Yuptiks settled the coast of Alaska, not the Great Plains.

50. D “… the most compelling support [for migration]… comes from genetic research.” Choice A is