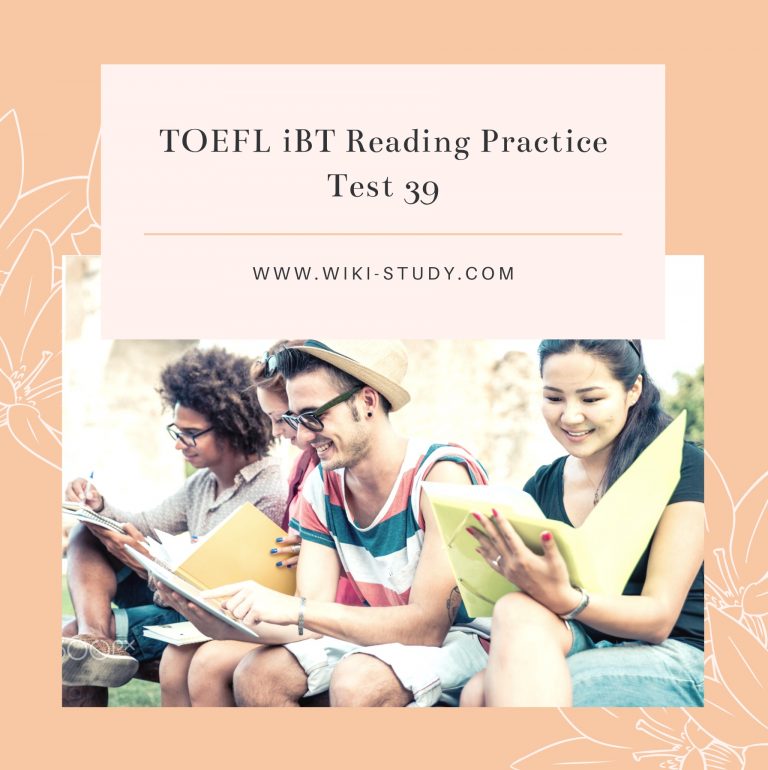 P1: There has always been a place for the actor in society. Since the earliest civilizations, people have been putting on dramatic performances to entertain, enlighten, and move their audiences. For nearly all of this time, plays acted out live onstage were the dominant format. Over the centuries, actors developed certain methods and conventions in order to give the best stage performances. Then, with the recent invention of the video camera, came a completely new type of dramatic storytelling—film—and the need for a new style of acting. Though both can trace the history of their professions back to the earliest r playwrights and performers, stage and screen actors rely on very different techniques.

P2: A The most fundamental element of any performance is the audience. B For instance, the audience of a play is made up of people who are physically present in the vicinity of the stage. C For the play to be successful, each of its actors must be able to convey the actions, emotions, and motivations of his or her character to this live audience. D

P3: This requirement has led to certain established guidelines for stage acting. In order to ensure that the entire audience—some members of which, especially in large theaters or open areas, may be quite far removed from the stage—can follow the intricacies of the story, the actors must exaggerate their performances. Their physical gestures and facial expressions should be more pronounced than in real life. Also, stage actors have to learn to project their voices so that even the spectators sitting in the back rows can hear them clearly. Voice control is another skill necessary for acting on the stage. Since not every audience member will be able to discern the subtle expressions of an actor’s face or body language, that actor should be able to transmit those normally visible features of a character through his or her voice. It is this style of exaggeration and vocal adeptness that is defines a great stage actor.

P4: Furthermore, the very nature of a live performance necessitates certain skills. During a show, actors must deliver their lines correctly on the first attempt. This puts particular emphasis on memorization and, in some cases, a talent for improvisation. In addition, because the audience for each performance is a new, different set of people, the ideal stage actor should be able to perform his or her part night after night as if it were the first time, with the same precision and excitement. This demand for consistency can be trying, especially considering that some plays run for over a year.

P5: Acting for the screen, on the other hand, calls for a completely different approach. As opposed to a theater filled with hundreds of people, the camera occupies the role of audience. Immediately, the performance becomes much more intimate. The camera’s ability to focus closely on the actor eliminates the need for exaggerated gestures. Instead, screen actors are judged on how natural their movements and words appear. Small details in facial expression or tone of voice are captured by the camera and microphone and can be made to convey very complicated emotions. This allows characters in films to possess more nuanced personalities than their counterparts on the stage. Overall, the result is that screen actors can more closely approximate the feelings and situations of real life through their performances, creating new possibilities for dramatic storytelling genres.

P6:With the substitution of a recording device for a live audience, screen actors enjoy the luxury of being able to perform a scene over and over again until they get it exactly right. Of course, this means that, just as in stage acting, they must deliver their performances with great effort and enthusiasm time after time. Despite this similarity, the two formats clearly demand quite distinct talents from their actors. In fact, there is such a gap between the requirements of the stage and those of the screen that artists who try to cross over frequently find they cannot excel at both. This diversity suggests that the two will continue to coexist for some time to come.
.

26. The word move in the passage is closest in meaning to

27.  According to paragraph 1, which of the following is true about the history of acting?

(A) The majority of it has been carried out on the stage.

(B) Many early actors performed both onscreen and onstage.

(C) Stage acting methods have always been the same.

28. The word both in the passage refers to

(B) playwrights and performers

29. According to paragraph 2, what should a play do in order to achieve success?

(A) Present a storyline that includes a lot of action

(B) Establish an emotional connection between the actors and the audience

(C) Feature actors who have received awards for their performances

(D) Show in front of small a

30. The word pronounced in the passage is closest in meaning to

31. Based on the information in paragraph 3, it can be inferred that the amount of exaggeration a stage actor employs might vary depending on

(A) the length of the play

(B) the skills of the other actors

(C) the subject matter of the play

(D) the size of the performance space

32. Which of the sentences below best expresses the essential information in the highlighted sentence in the passage? Incorrect choices change the meaning in important ways or leave out essential information.
“Furthermore, the very nature of a live performance necessitates certain skills. During a show, actors must deliver their lines correctly on the first attempt. This puts particular emphasis on memorization and, in some cases, a talent for improvisation. In addition, because the audience for each performance is a new, different set of people, the ideal stage actor should be able to perform his or her part night after night as if it were the first time, with the same precision and excitement. This demand for consistency can be trying, especially considering that some plays run for over a year.“

(A) Since they are always facing new audiences, good stage actors must always deliver fresh performances.

(B) The audience of each performance of a play contains different people, and they expect a good show every night.

(C) Stage actors need to play their roles with a certain enthusiasm in order to entertain people.

(D) An actor who cannot perform well for many nights in a row will not become popular.

33. The word intimate in the passage is closest in meaning to

34. According to paragraph 5, what can be inferred about talented screen actors?

(A) They frequently write their own lines.

(B) They do not appear as though they are acting.

(C) They know how to operate cameras and microphones.

(D) They are not as talented as the best stage actors.

35. The word excel in the passage is closest in meaning to

36. From paragraph 4 and paragraph 6, what can be inferred to be the similarity between stage and screen actors?

(A) They both should be able to perform well in either format.

(B) They both must tolerate repetition without becoming bored.

(C) They both are paid well for their work in a performance.

(D) They both have only one chance to deliver their lines correctly.

37. Look at the four squares c that indicate where the following sentence could be added to the passage.

38 . Directions: Complete the table by matching the phrases on the left with the headings on the right. Select the appropriate answer choices and drag them to the surveys to which they relate. TWO of the answer choices will NOT be used. This question is worth 4 points.

(A) Attempts to capture lifelike moments

(B) Relies largely on actors’ voices to convey important details

(D) Reflects most closely the performance styles of long ago

(E) is only suited for certain genres of storytelling

(I) Relies on technology to transmit subtleties