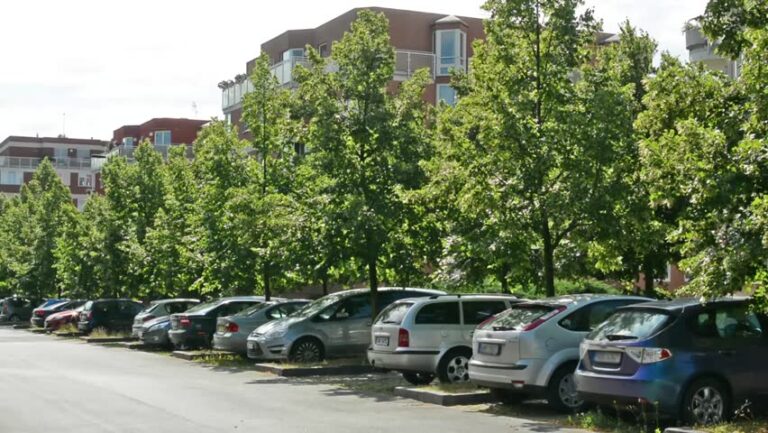 It’s that time of year again. When your hip gets branded by a scalding seatbelt buckle, and when turning around a corner becomes a bit like playing hot potato but with a burning steering wheel rather than a delicious, freshly cooked root vegetable. It’s amazing how hot our cars can get when parked in the sun during summer—upwards of 60 degrees, making for a very unpleasant return to one’s vehicle.

What Causes Such Extreme Temperatures?

In a nutshell: the greenhouse effect. With the windows closed, the heat is allowed into the car but has nowhere to escape, so in just a short amount of time your car’s interior temperature can increase by as much as 70 percent.

The upshot of this is that if left in the sun for more than only a few minutes, your car can become a dangerous place to be. Despite years of awareness campaigns, we still see occasional horror stories of children or pets left in cars that are in the sun, sometimes with tragic consequences.

There are no perfect solutions to this age-old Aussie problem, however, there are a few things you can do to somewhat mitigate it.

1. Park in the Shade

Well thanks, Captain Obvious. Yes, it seems like a silly thing to have to say but you may be surprised how many people opt to park in a convenient location rather than somewhere a little cooler. You might save a few minutes by parking a little closer, but you’ll regret it every time you return to your boiling hot car. And it’s not just the discomfort of returning to such a hot car that is a problem; leaving it out in the sun regularly for extended periods of time can cause both interior and exterior damage.

Cars are built pretty tough these days, which is why you don’t see many driving around with that crackled and damaged paint job that used to be more common. But they still don’t like to be left out in the sun all that much. Have you noticed how it’s common that the windscreen wipers don’t work very well come wintertime? Well, that’s often because the summer sun has damaged the rubber, causing them to lose their elasticity.

When possible, it’s definitely worth finding the shady spot, and being aware of where that shady spot will move to over the course your car’s stay. 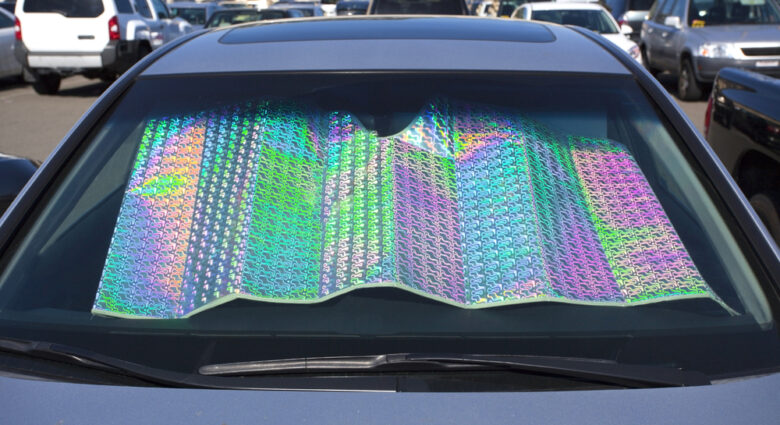 The windscreen is the primary entry point for the sun’s rays, so it makes sense that using a reflective windscreen sun shade will help to keep a little bit of that heat out. Sure, they can be a bit of an annoyance in the way they fold and unfold, but returning to an oven is definitely more of an annoyance.

It’s also worth considering using a reflective steering wheel cover. It’s rather important to be able to touch the steering wheel to drive so using one of these in combination with a windscreen shade will go a long way in increasing the comfort level and driveability of your car on a hot day.

It goes without saying that the darker your window tint, the better protected your car will be against the greenhouse effect that causes the inside temperature to reach such high levels. Similar to a reflective windscreen cover, window tint blocks the sun’s rays from entering the car and building up heat. Without window tint, that windscreen sun shade you keep putting up is only able to block one of many of the car’s UV entry points. Properly tinted windows will offer far greater protection. Dealerships like Skoda Perth (www.skodaperth.com.au) offer window tinting as part of their aftercare packages so it is definitely worth considering this nice little upgrade to avoid baking the interior of your car in the hot sun.

People will have their own opinions on this one. Understandably, some may feel uncomfortable leaving their cars vulnerable to break in, but most car theft incidents happen at night when there is no need to do this.

If you feel comfortable enough to leave a slight gap in your windows and thus allow for some airflow, it can definitely help to control the temperature build up.

If you’re tempted to leave the windows slightly open but you also have security concerns, then perhaps it is worth trying a solar powered ventilation fan. These neat little gadgets come with a housing that fits across your car window so that there is no visible opening into the car, meanwhile a solar powered fan circulates and vents the hot air.

6. Park in the Garage

Another suggestion that you might think goes without saying, but it’s quite common for garages to be used as storage spaces rather than as a place to keep the car. Sure, it’s nice to have the space to store some of that clutter that you just can’t bring yourself to get rid of, but over time, it’s not going to do your car any favours exposing it to the early morning sun every day. Temperatures can get pretty hot pretty early here in Australia so leaving your car vulnerable to those conditions regularly will eventually cause damage to the exterior and interior of your once brand spankin’ new car.

Employing these useful tips will always go some way in keeping your car just a bit cooler while it is parked, and may help avoid burning your bare legs on those scalding hot leather seats. As Australians, we may feel returning to a boiling hot car is just part of life, but it doesn’t have to be if you follow these simple tips