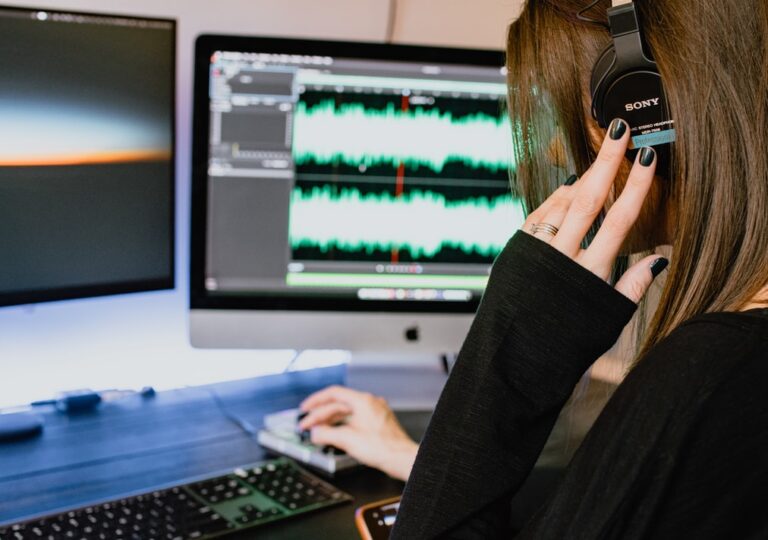 As technology keeps its steady advance with each passing day, industries have started changing their reforms and ways dramatically. One such reform is the new audio watermarking technology which not only seeks to bring new features to all audio formats but revolutionize the music industry itself from its very roots.

There are several features to audio watermarking and if utilized correctly, it can bring massive changes to audio copyrighting, digital marketing, and the music industry in general. But what exactly is audio watermarking? How does it work, what are its benefits and how can it revolutionize an entire industry?

In this article, we will explain exactly that so keep reading the article to the end so that you don’t miss out on crucial details.

What is audio watermarking exactly?

You may have always wondered about how music artists and studios copyright their music to prevent piracy and the simple answer to that is none other than audio watermarking. Similar to video watermarking, an audio watermark embeds itself within the audio of any song or music that claims the audio’s ownership.

This sound is normally unhearable for humans but easily catchable for other devices, meaning that even if you are unable to identify a song that is being pirated, your device can.

How is audio watermarking revolutionizing the music industry?

Audio watermarking is not a new thing. In fact, it has been around for several years since music studios started integrating audio copyrights into their songs even if it degraded their quality. Nowadays, the technology has become so advanced that you won’t be able to tell any difference between normal audio without any watermark and normal audio with a watermark embedded in it.

This has given millions of music artists the chance to track their music records and see if they are being pirated, which was a major problem before.

However, this is not the only feature audio watermarking can be used for. Due to recent technological developments, it is now possible to integrate audio watermarks into broadcast feeds which can then be used to activate certain features on your smartphone. Just by a single broadcast, you can receive website links, text messages, pop-ups, and even polls without you even having to do anything!

Because of the technology we just mentioned, digital marketing companies have started taking more and more attention to audio watermarking and some have even implemented the technology in real-life scenarios. Take the 2015 Australian Open for example, where fans who were watching the tennis match on TV received a prompt from KIA during commercial breaks.

Essentially the prompt led them to download a game from the company which provided the fans with an interactive experience and gave the company free marketing for their cars which then ended up boosting their sales marginally.

Marketing companies are now seeking to do something similar to this to market their products and services in a more seamless manner. If utilized to its fullest extent, this technology has the power to revolutionize the music industry as well as the marketing industry.

Audio watermarking has gone through major technological upgrades that have made it the future of the music industry and if things go on smoothly like this, we will soon have an optimal way of discouraging privacy and ensuring artist revenue.