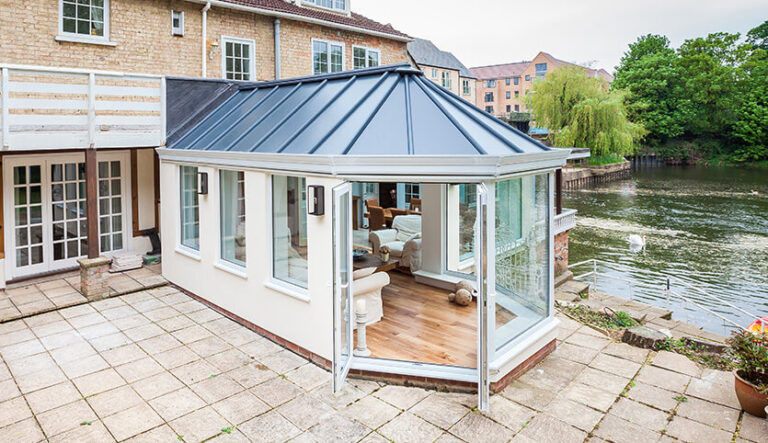 Adding a conservatory to your home is undoubtedly one of the best things you can do when it comes to home improvements. Whether it be the additional light it gives your home, or the monetary value it adds when it comes to selling your property down the line, conservatories are a staple of modern living.

But whilst conservatories can add so much to your home, an old and poor-quality one can just as easily detract from your home. With that in mind, we wanted to talk about the benefits of modernizing your existing conservatory with modern materials.

One of the biggest benefits to modernizing your conservatory is the energy efficiency improvements it brings with it. We’re living in an increasingly environmentally-conscious era, and improving efficiency is on everyone’s agenda, including homeowners.

In fact, it’s thought that inefficient conservatories are amongst the leading causes of heat loss within homes that have them. Asides from being worse for the environment, this is also worse for your wallet, too, as you’re paying for energy (in the form of heating) that’s going (quite literally in this case…) straight out of the window, again…

There are several ways you can improve the efficiency of your conservatory; the first thing you can do is to replace the roof. Retrofitting a new conservatory roof can be a good alternative to entirely replacing the conservatory, and can often solve most of the efficiency problems. There are many different roof types that can be added, from roof lanterns through to solid tiled roofs. Each roof type has its own perks, and which one you choose depends entirely on your personal preferences.

2. How Much Money Can You Save on Bills?

People will understandably want to know, of course, just how much money they could expect to save from modernizing their conservatory? Well, there’s no set figure when it comes to this, but if we look at improvements in glazing more generally (and not just conservatories) – then replacing single glazing with double-glazed windows can save anywhere between £100 and £250 per year through efficiency savings. Given that conservatories are so predominantly window-based, it would be reasonable to expect similar such savings. Saving costs and saving the planet – what’s not to like?

3. Keep the Home Warm When it’s Meant to Be, and Cool When It’s Supposed to Be

Another unfortunate byproduct of an inefficient and old conservatory, and the fact that they don’t retain heat like they’re supposed to, is the fact that you’re home never stays warm when you most want it to – the winter months! In winter, and especially around Christmas time, you want your home to be your haven more than ever; your cozy, snuggly fortress in which you can hunker down, safe away from the elements.

That’s all very well and good, of course, but if your conservatory is leaving wind whistling through every which way, then you can say goodbye to those dreams of comfort and relaxation. In replacing your conservatory roof (using newer, more modern materials), you get a well-insulated space that will keep out the cold like it’s supposed to in the winter, and help keep your home cooler in the summer. Most modern conservatory replacements also come with specialist thermostatic controls as standard, giving you even greater control over the heating within your conservatory.

4. Why Replace a Solid Conservatory Roof?

Implementing a conservatory solid roof replacement isn’t the only way you can revamp your conservatory, but – in our view, at least – it’s certainly one of the best. Switching from a glass conservatory roof to a tiled roof can add a great deal of class and style to your home, and make your conservatory better fit the general aesthetic of the property.

If you’ve got a Victorian/Edwardian property, then you don’t want a polycarbonate monstrosity jutting out to the side of it, you want something in keeping with the existing property, instead. The reason so many people have glass-roofed conservatories is because they simply didn’t know there was an alternative at the time they had it built.

Having something which matches more seamlessly with your property isn’t just easier on the eye, it’ll potentially further increase your property’s value, too. What do we mean by this, exactly? Well, a more cohesive overall package is going to be easier to sell at a higher price than a hodgepodge mix of components. Does your conservatory look like an out-of-place bolt on? Or does it look like it was there from the very beginning? The difference is clear, and that difference will be reflected in the property price, too.

In modernizing your conservatory with modern building materials, what you’re effectively doing is giving it a new lease of life. Today’s building materials are of a higher quality (generally speaking) than their older counterparts. So, your refurbed conservatory isn’t going to deteriorate in the same way that your current one potentially has, that’s led to you needing a refurbishment in the first place! Your refurbished and modernized conservatory will look as good in fifty years as it does now. Such durability is worth investing in, so that you don’t have the same problem that you do now, further down the line.