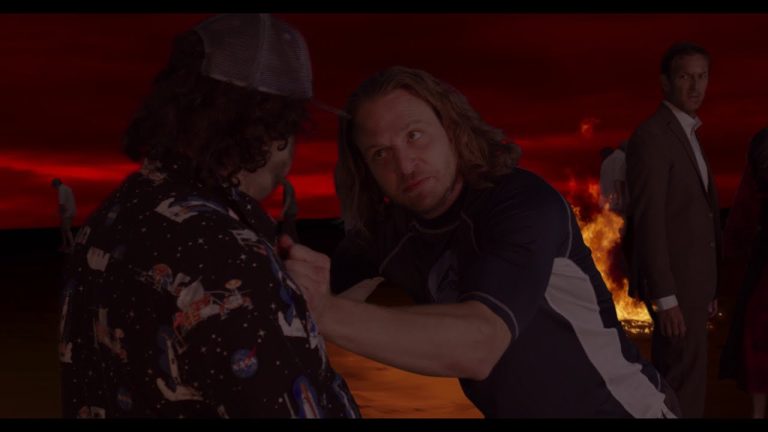 While Christian movies aren’t the most popular genre, we can still expect a few of them to come out every couple of years. Frequently positing moral quandaries and engaging the audience in thoughtful exploration of religion, the best of these movies can present a good experience for believers and non-believers alike. One such movie is Journey to Hell, based on the book by John Bunyan.

The movie was directed by Timothy A. Chey, a creator with a pretty consistent artistic vision. For Chey, every movie is a chance to not only entertain the audience but present an important message through his work. Among his 15 feature films, Timothy A. Chey has been able to present many of the important morals of Christianity.

In this new movie, Timothy A. Chey takes a deep look into the perception of faith. As surveys show, 50% of Christians do not believe in Hell. This movie takes a deep look into the biblical representation of Hell and the acts that may fool a man into thinking he is no sinner. While the movie is slated to come out on August 5th, we caught an early screening of it. The impressions of the movie are laid below but if you wish to learn more, check out the trailer at

The movie follows a rather simple structure, being focused on the main character’s experiences in Hell after a near-death experience. This journey leads him to a revelation of his position in life and the afterlife while introducing some examples of past sinners. While simple, the plot is very engaging and flows well with the message. Characters feel like regular people, even some of the denizens of Hell end up being just regular people on the wrong path.

As far as the visual presentation of the movie goes, it’s quite evocative. While scenes in the living world are pretty standard and present little more than background for characters to interact in, Hell is well-realized in a rather raw manner. The effects can falter at times, but the overall feel of Hell is adequately uncomfortable. Murky colors and the unexplainable nature of it bring over enough unease to punch up the mood of every scene set there.

Acting does a good job of transferring the emotional weight of the scenes within the movie. Both the main character and his loved ones play a huge role in the greater scheme that leads him to the revelation. While his change is bolstered by the experiences in Hell, the people that surround him are no less important to it. This wouldn’t be possible without the cast doing a decent acting job.

While the movie is certainly flawed, its core principles aren’t. The proper pacing of the movie leads to the elements falling neatly into place. It lasts as long as it has to and compounds all the story elements well. Acting and scenery aid the presentation, leading to an overall engaging experience that’s worth a watch.

The movie comes out on August 5th in select theaters, but if you aren’t near one of those, don’t worry! The plan is for the movie to have showings in all states of America, giving you a chance to catch it live. If that fails, there’s always online streaming which may be a good alternative for those away from such theaters.