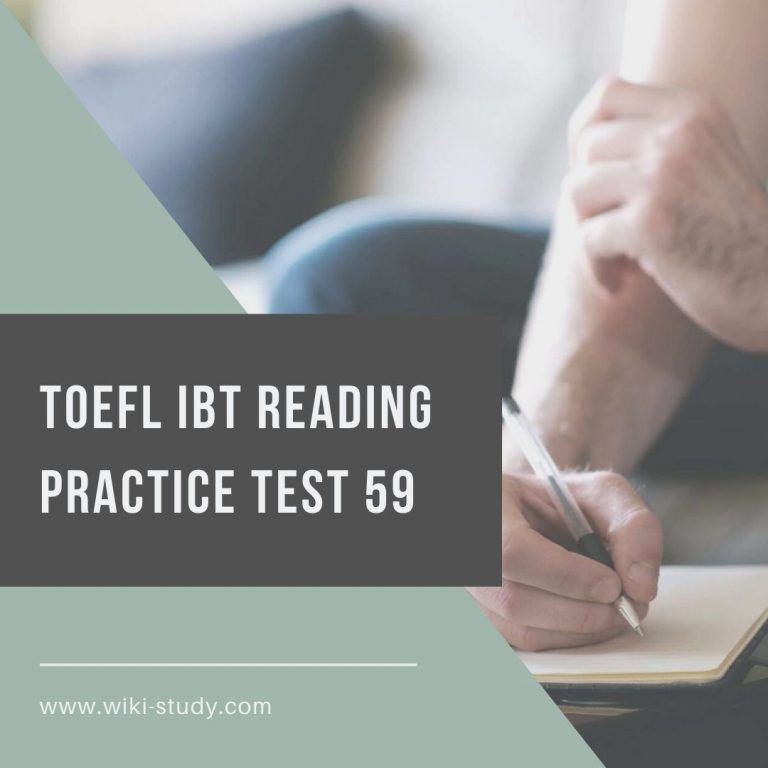 P1: The hard, rigid plates that form the outermost portion of the Earth are about 100 kilometers thick. These plates include both the Earth’s crust and the upper mantle. The rocks of the crust are composed mostly of minerals with light elements, like aluminum and sodium, while the mantle contains some heavier elements, like iron and magnesium. Together, the crust and upper mantle that form the surface plates are called the lithosphere. This rigid layer floats on the denser material of the lower mantle the way a wooden raft flats on a pond. The plates are supported by a weak, plastic layer of the lower mantle called the asthenosphere. Also like a raft on a pond, the lithospheric plates are carried along by slow currents in this more fluid layer beneath them.

P2: With an understating of plate tectonics, geologists have put together a new history for the Earth’s surface. About 200 million years ago, the plates at the Earth’s surface formed a “supercontinent” called Pangaea. When this supercontinent started to tear apart because of plate movement, Pangaea first broke into two large continental masses with a newly formed sea that grew between the land areas as the depression filled with water. The southern one-which included the modern continents of South America, Africa, Australia, and Antarctic- is called Gondwanaland. The northern one-with North America, Europe, and Asia-is called Laurasia. North America tore away from Europe about 180 million years ago, forming the northern Atlantic Ocean. Some of the lithospheric plates carry ocean floor and others carry land masses or a combination of the two types. The movement of the lithospheric plates is responsible for earthquakes, volcanoes, and the Earth’s largest mountain ranges. Current understating of the interaction between different plates explains why these occur where they do. For example, the edge of the Pacific Ocean has been called the “Ring of Fire” because so many volcanic eruptions and earthquakes happen there. Before the 1960’s, geologist could not explain why active volcanoes and strong earthquakes were concentrated in that region. The theory of plate tectonics gave them an answer.

1. With which of the following topic is the passage mainly concerned?

(B) The mineral composition of the Earth’s crust

(C) The location of the Earth’s major plates

(D) The methods used by scientists to measure plate movement

2. According to the passage, the lithospheric plates are given support by the

3. The author compares the relationship between the lithosphere and the asthenosphere to which of the following?

5. According to the passage, the northern Atlantic Ocean was formed when

(A) Pangaea was created

(D) Parts of Laurasia separated from the each other

6.The word “carry” in paragraph 2 could best be replaced by

7. In paragraph 2, the word “concentrated” is closest in meaning to which of the following?

8. Which of the following can be inferred about the theory of plate tectonics?

(A) It is no longer of great interest to geologists.

(C) It fails to explain why earthquakes occur.

(D) It refutes the theory of the existence of a supercontinent.

9. The paragraph following the passage most probably discusses

(A) why certain geological events happen where they do

(B) how geological occurrences have changed over the years

(C) the most unusual geological developments in the Earth’s history

P1:In the United States in the early 1800’s, individual state governments had more effect on the economy than did the federal government. States chartered manufacturing, baking, mining, and transportation firms and participated in the  construction of various internal improvements such as canals, turnpikes, and railroads. The states encouraged internal improvements in two distinct ways: first, by actually establishing state companies to build such improvements; second, by providing part of the capital for mixed public-private companies setting out to make a profit.

P2: In the early nineteenth century, state governments also engaged in a surprisingly large amount of direct regulatory activity, including extensive licensing and inspection programs. Licensing targets reflected both similarities in and differences between the economy of the nineteenth century and that of today: in the nineteenth century, state regulation through licensing fell especially on peddlers innkeepers, and retail merchants of various kinds. The perishable commodities of trade generally came under state inspection, and such important frontier staples as lumber and gunpowder were also subject to state control. Finally, state governments experimented with direct labor
and business regulation designed to help the individual laborer or consumer, including setting maximum limits on hours of work and restrictions on price-fixing by businesses.

P3: Although the states dominated economic activity during this period, the federal government was not inactive. Its goals were the facilitation of western settlement and the development of native industries. Toward these ends the federal government pursued several courses of action. It established a national bank to stabilized banking activities in the country and, in part, to provide a supply of relatively easy money to the frontier, where it was greatly needed for settlement. It permitted access to public western lands on increasingly easy terms, culminating in the Homestead Act of 1862, by which title to land could be claimed on the basis of residence alone. Finally, it set upa system of tariffs that was basically protectionist in effect, although maneuvering for position by various regional interests produced frequent changes in tariff rates throughout the nineteenth century.

10. What does the passage mainly discuss?

(A) States’ rights versus federal rights

(B) The participation of state governments in railroad, canal, and turnpike construction

11. The word “effect” in paragraph 1 is closest in meaning to

12. All of the following are mentioned in the passage as areas that involved state governments in the nineteenth century EXCEPT

13. The word “distinct” in paragraph 1 is closest in meaning to

14.It can be inferred from the first paragraph that in the nineteenth century canals and railroads were

(A) built with money that came from the federal government

(B) much more expensive to build than they had been previously

(C) built predominantly in the western part of the country

15. The regulatory activities of state governments included all of the following EXCEPT

(A) licensing of retail merchants

16. The word “setting” in paragraph 2 is closest in meaning to

17. The word “ends” in paragraph 3 is closest in meaning to

18. According to the passage, which of the following is true of the Homestead Act of 1862?

(A) It made it increasingly possible for settlers to obtain land in the West.

(B) It was a law first passed by state governments in the West.

(C) It increased the money supply in the West.

(D) It established tariffs in a number of regions

19. Which of the following activities was the responsibility of the federal government in the nineteenth century?

(A) Control of the manufacture of gunpowder

(B) Determining the conditions under which individuals worked

(C) Regulation of the supply of money

P1: Life originated in the early seas less than a billion years after the Earth was formed. Yet another three billion years were to pass before the first plants and animals appeared
on the continents. Life’s transition from the sea to the land was perhaps as much of an evolutionary challenge as was the genesis of life. What forms of life were able to make such a drastic change in lifestyle? The traditional view of the first terrestrial organisms is based on megafossils-relatively large specimens of essentially whole plants and animal. Vascular plants, related to modern seed plants and ferns, left the first comprehensive megafossil record. Because of this, it has been commonly assumed that the sequence of terrestrialization reflected the evolution of modern terrestrial ecosystems. In this view, primitive vascular plants first colonized the margins of continental waters, followed by animals that fed on the
plants, and lastly by animals that preyed on the plant-eater. Moreover, the megafossils suggest that terrestrial life appeared and diversified explosively near the boundary between the Silurian and the Devonian periods, a little more than 400 million years ago.

P2: Recently, however, paleontologists have been taking a closer look at the sediments below this Silurian-Devonian geological boundary. It turns out that some fossils can be
extracted from these sediments by putting the rocks in an acid bath. The technique has uncovered new evidence from sediments that were deposited near the shores of the
(20) ancient oceans-plant microfossils and microscopic pieces of small animals. In many instances the specimens are less than one-tenth of a millimeter in diameter. Although
they were entombed in the rocks for hundreds of millions of years, many of the fossils consist of the organic remains of the organism.

P3: These newly discovered fossils have not only revealed the existence of previously unknown organisms, but have also pushed back these dates for the invasion of land by multicellular organisms. Our views about the nature of the early plant and animal communities are now being revised. And with those revisions come new speculations about the first terrestrial life-forms.

20. The word “drastic” in paragraph 1 is closest in meaning to

21. According to the theory that the author calls “the traditional view“, what was the first form of life to appear on land?

22. According to the passage, what happened about 400 million years ago?

(A) Many terrestrial life-forms died out.

(B) New life-forms on land developed at a rapid rate.

(C) The megafossils were destroyed by floods.

(D) Life began to develop in the ancient seas.

23. The word “extracted” in paragraph 2 is closest in meaning to

24. What can be inferred from the passage about the fossils mentioned in lines 17-20?

(A) They have not been helpful in understanding the evolution of terrestrial life.

(B) They were found in approximately the same numbers as vascular plant fossils.

(C) They are older than the magafossils.

25. The word “instances” in paragraph 2 is closest in meaning to

27.The word “entombed” in paragraph 2 is closest in meaning to

28. Which of the following resulted from the discovery of microscopic fossils?

(B) Old techniques for analyzing fossils were found to have new uses.

(C) The origins of primitive sea life were explained.

(D) Assumptions about the locations of ancient seas were changed.

29. With which of the following conclusions would the author probably agree?

(A) The evolution of terrestrial life was as complicated as the origin of life itself.

(B) The discovery of microfossils supports the traditional view of how terrestrial life evolved.

(C) New species have appeared at the same rate over the course of the last 400 million years.

(D) The technology used by paleontologists is too primitive to make accurate determinations about ages of fossils.