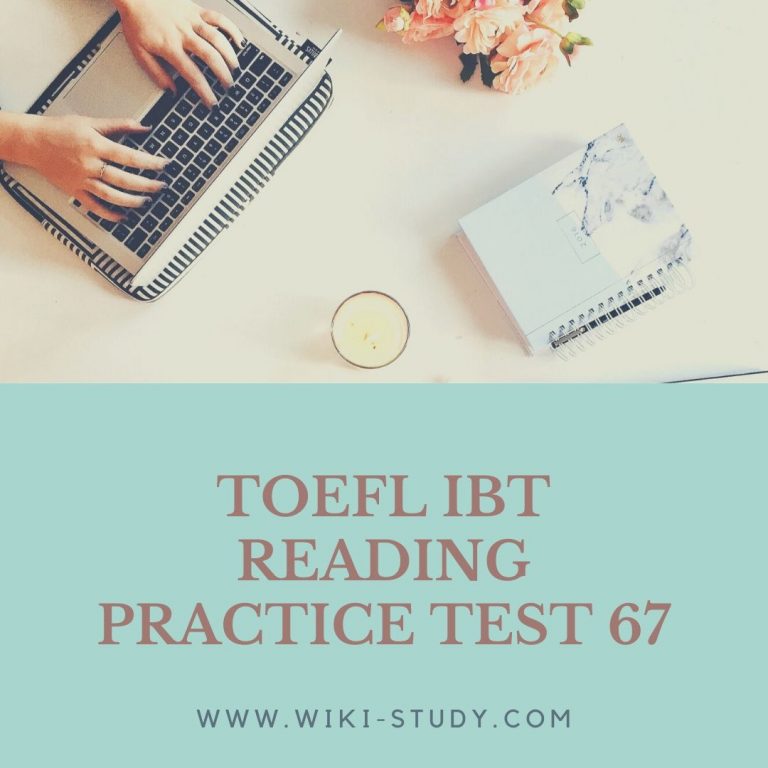 Another early Native American tribe in what is now the southwestern part of the United States was the Anasazi. By A. D. 800 the Anasazi Indians were constructing multistory pueblos-massive, stone apartment compounds. Each one was virtually a stone town, which is why the Spanish would later call them pueblos, the Spanish word for towns. These pueblos represent one of the Anasazis’ supreme achievements. At least a dozen large stone houses took shape below the bluffs of Chiaco Canyon in northwest New Mexico. They were built with masonry walls more than a meter thick and adjoining apartments to accommodate dozens, even hundreds, of families. The largest, later named Pueblo Bonito (Pretty Town) by the Spanish, rose in five terraced
stories, contained more than 800 rooms, and could have housed a population of 1,000 or more.

Besides living quarters, each pueblo included one or more kivas-circular underground chambers faced with stone. They functioned as sanctuaries where the elders met to plan festivals, perform ritual dances, settle pueblo affairs, and impart tribal lore to the younger generation. Some kivas were enormous. Of the 30 or so at pueblo Bonito, two measured 20 meters across. They contained niches for ceremonial objects, a central fire pit, and holes in the floor for communicating with the spirits of tribal ancestors.

Each pueblo represented an astonishing amount of well-organized labor. Using only stone and wood tools, and without benefit of wheels or draft animals, the builders quarried ton upon ton of sandstone from the canyon walls, cut it into small blocks, hauled the blocks to the construction site, and fitted them together with mud mortar. Roof beams of pine or fir had to be carried from logging areas in the mountain forests many kilometers away. Then, to connect the pueblos and to give access to the surrounding tableland, the architects laid out a system of public roads with stone staircases for ascending cliff faces. In time, the roads reached out to more than 80 satellite villages within a 60-kilometer radius.

1. The paragraph preceding the passage most
(A) how pueblos were built
(B) another Native American tribe
(C) Anasazi crafts and weapons
(D) Pueblo village in New Mexico

2. What is the main topic of the passage?
(A) The Anasazi pueblos
(B) Anasazi festivals of New Mexico
(C) The organization of the Anasazi tribe
(D) The use of Anasazi sanctuaries

3. The word “supreme” in paragraph 1 is closest in meaning to
(A) most common
(B) most outstanding
(C) most expensive
(D) most convenient

5. The author mentions that Pueblos bonito had more than 800 rooms as an example of which of the following?
(A) How overcrowded the pueblos could be
(B) How many ceremonial areas it contained
(C) How much sandstone was needed to build it
(D) How big a pueblo could be

7. It can be inferred from the passage that building a pueblo probably
(A) required many workers
(B) cost a lot of money
(C) involved the use of farm animals
(D) relied on sophisticated technology

8. The word “ascending” in paragraph 3 is closest in meaning to
(A) arriving at
(B) carving
(C) connecting
(D) climbing

9. It can be inferred from the passage that in addition to pueblos the Anasazis were skilled at building which of following?
(A) Roads
(B) Barns
(C) Monuments
(D) Water systems

10. The pueblos are considered one of the Anasazis’ supreme achievements for all of the following reasons EXCEPT that they were
(A) very large
(B) located in forests
(C) built with simple tools
(D) connected in a systematic way

Accustomed though we are to speaking of the films made before 1927 as “silent”, the film has never been, in the full sense of the word, silent. From the very beginning, music was regarded as an indispensable accompaniment; when the Lumiere films were shown at the first public film exhibition in the United States in February 1896, they were accompanied by piano improvisations on popular tunes. At first, the music played bore no special relationship to the films; an accompaniment of any kind was sufficient. Within a very short time, however, the incongruity of playing lively music to a solemn film became apparent, and film pianists began to take some care in matching their pieces to the mood of the film.

As movie theaters grew in number and importance, a violinist, and perhaps a cellist, would be added to the pianist in certain cases, and in the larger movie theaters small orchestras were formed. For a number of years the selection of music for each film program rested entirely in the hands of the conductor or leader of the orchestra, and very often the principal qualification for holding such a position was not skill or taste so much as the ownership of a large personal library of musical pieces. Since the conductor seldom saw the films until the night before they were to be shown (if, indeed, the conductor was lucky enough to see them then), the musical arrangement was normally improvised in the greatest hurry.To help meet this difficulty, film distributing companies started the practice of publishing suggestions for musical accompaniments. In 1909, for example, the Edison Company began issuing with their films such indications of mood as “pleasant’, “sad”, “lively”. The suggestions became more explicit, and so emerged the musical cue sheet containing indications of mood, the titles of suitable pieces of music, and precise
directions to show where one piece led into the next.

Certain films had music especially composed for them. The most famous of these early special scores was that composed and arranged for D. W. Griffith’s film Birth of a Nation, which was released in 1915.

11. The passage mainly discusses music that was
(A) performed before the showing of a film
(B) played during silent films
(C) specifically composed for certain movie theaters
(D) recorded during film exhibitions

12. What can be inferred that the passage about the majority of films made after 1927?
(A) They were truly “silent”.
(B) They were accompanied by symphonic orchestras.
(C) They incorporated the sound of the actors’ voices.
(D) They corresponded to specific musical compositions.

14. It can be inferred that orchestra conductors who worked in movie theaters needed to
(A) be able to play many instruments
(B) have pleasant voices
(C) be familiar with a wide variety of music
(D) be able to compose original music

16. According to the passage, what kind of business was the Edison Company?
(A) It produced electricity.
(B) It distributed films.
(C) It published musical arrangements.
(D) It made musical instruments.

19. The word “composed” in paragraph 3 is closest in meaning to
(A) selected
(B) combined
(C) played
(D) created

20. The word “scores” in paragraph 3 is closest in meaning to
(A) totals
(B) successes
(C) musical compositions
(D) groups of musicians

21. The passage probably continues with a discussion of
(A) famous composers of the early twentieth century
(B) other films directed by D. W. Griffith
(C) silent films by other directors
(D) the music in Birth of a Nation

The Earth comprises three principal layers: the dense, iron-rich core, the mantle made of silicate rocks that are semimolten at depth, and the thin,, solid-surface crust. There are two kinds of crust, a lower and denser oceanic crust and an upper, lighter continental crust found over only about 40 percent of the Earth’s surface. The rocks of the crust are of very different ages. Some continental rocks are over 3,000 million years old, while those of the ocean flow are less than 200 million years old. The crusts and the top, solid part of the mantle, totaling about 70 to 100 kilometers in thickness, at present appear to consist of about 15 rigid plates, 7 of which are very large. These plates move over the semimolten lower mantle to produce all of the major topographical features of the Earth. Active zones where intense deformation occurs are confined to the narrow, interconnecting boundaries of contact of the plates.

There are three main types of zones of contact: spreading contacts where plates move apart, converging contacts where plates move towards each other, and transform contacts where plates slide past each other. New oceanic crust is formed along one or more margins of each plate by material issuing from deeper layers of the Earth’s crust, for example, by volcanic eruptions of lava at midocean ridges. If at such a spreading contact the two plates support continents, a rift is formed that will gradually widen and become flooded by the sea. The Atlantic Ocean formed like this as the American and Afro-European plates move in opposite directions. At the same time at margins of converging plates, the oceanic crust is being reabsorbed by being subducted into the mantle and remelted beneath the ocean trenches. When two plates carrying continents collide, the continental blocks, too light to be drawn down, continue to float and therefore buckle to form a mountain chain along the length of the margin of the plates.

22. The word “comprises” in paragraph 1 is closest in meaning to
(A) adapts to
(B) benefits from
(C) consists of
(D) focuses on

26. What does the second paragraph of the passage mainly discuss?
(A) The major mountain chains of the Earth
(B) Processes that create the Earth’s surface features
(C) The composition of the ocean floors
(D) The rates at which continents move

28. The word “margins” in paragraph 2 is closest in meaning to
(A) edges
(B) peaks
(C) interiors
(D) distances

30. According to the passage, mountain range are formed when
(A) the crust is remelted
(B) two plates separate
(C) a rift is flooded
(D) continental plates collide

31. Where in the passage does the author describe how oceans are formed?
(A) …There are two kinds of crust, a lower and denser oceanic crust and an upper, lighter continental crust found over only about 40 percent of the Earth’s surface. The rocks…

(B) …years old, while those of the ocean flow are less than 200 million years old. The crusts and the top, solid part of the mantle, totaling about 70 to 100 kilometers in thickness, at present appear to consist of about 15 rigid plates, 7 of which are very large. These…

(C) …for example, by volcanic eruptions of lava at midocean ridges. If at such a spreading contact the two plates support continents, a rift is formed that will gradually widen and become flooded by the sea. The Atlantic Ocean formed like this as the American and…

(D) Afro-European plates move in opposite directions. At the same time at margins of converging plates, the oceanic crust is being reabsorbed by being subducted into the mantle and remelted beneath the ocean trenches. When two plates carrying continents…