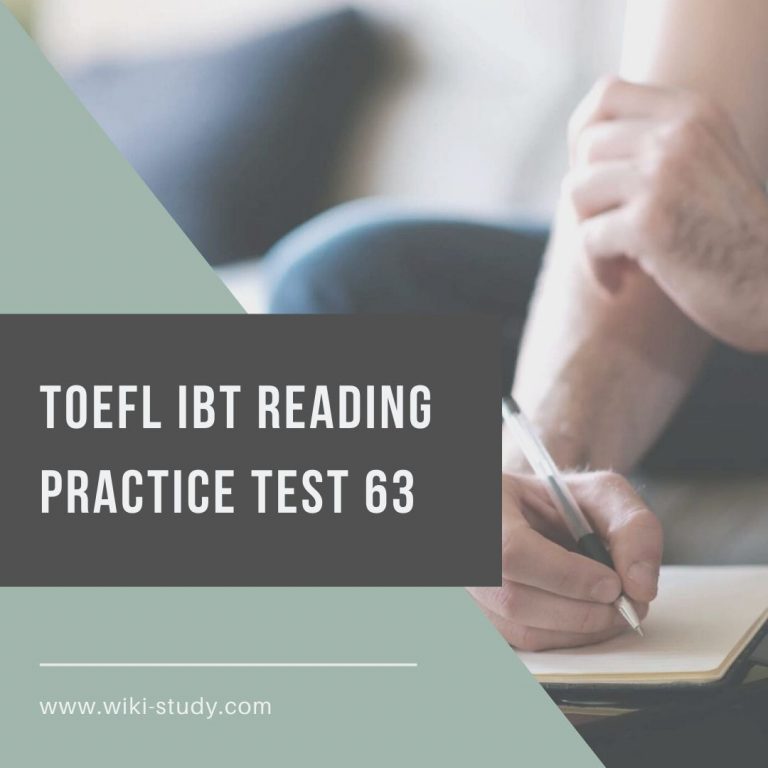 Perhaps no poet Scareer was more closely associated with the imagist movement than was that of H. D. (Hilda Doolittle). Her verse, with its precise, clear images, typified the imagists rebellion against what they perceived as the sentimentalism and careless techniques of nineteenth century poetry

H. D. attended private schools in Philadelphia and then Bryn Maws College. The love of classical antiquity she acquired during these years later surfaced in the many references in her poetry to figures from Greek and Egyptian mythology and in her classical notions of beauty and form. While in Philadelphia she also began rewarding friendships with Ezra Pound. William Carlos Williams, and Harriet Monroe.

In 1910.. H. D. sailed for Europe, where her career began. Soon after arriving in London, she renewed her friendship with Pound and met and married Richard Aldington, an imagist poet and novelist who also directly influenced the shape of her writing. She began writing short poems that so impressed Pound with their precise description and diction that he insisted she submit them to Harriet Monroe’s Poetry magazine signed “H. D., Imagist.” She persisted in using her initials for the remainder of her career, a career, a closely linked to the Imagist rebellion against more traditional poetry.

The clear, spare, and energetic lyrics of H. D’s early poems, with their classical images, later became fuller, freer, and more “pen” philosophic explorations of the world. By then, the destruction of the Second World War that she witnessed elicited deeper visions of the relationship of ancient truths to modern realities. That vision is expressed in such works as Trilogy (1946), Helen in Egypt (1961), and her last work Hermetic Definition (1961).

H. D.’s industry and literary achievement are lust beginning to be recognized and appreciated. In addition to her poetry, she wrote several novels, including Palimpsest (1926), Hedyus (1928), and Bid Me to Live (1960). Many of her other poems, essays, and short stories have been published posthumously.
1. What does the passage mainly discuss?
(A) H.D.’s early works
(B) H. D. ‘s contributions to a literary movement
(C) The influence of nineteenth century Poetry on H.D. s work
(D) The role of mythology in H. D. ‘s poetry

2. According to the passage, the Imagists revolted against earlier poets’ emphasis on
(A) strict technique
(B) the classics
(C) beauty and form
(D) emotion

3. According to the passage, H. D. ‘s interest in the classics was inspired by
(A) Imagist poetry
(B) the Second World War
(C) her travel experiences
(D) her formal education

4. H. D. was encouraged to submit her work to poetry magazine by which of the following?
(A) Richard Adlington
(B) Ezra Pound
(C) Harriet Monroe
(D) William Carlos Williams

5. It can be inferred from the passage that H. D.’s work
(A) discussed personal relationships
(B) was typical of nineteenth century work
(C) was difficult to understand
(D) became more widely known after her death

Fully outfitted for work on the range, a cowboy, in the days of the western frontier, was covered from head to foot in a protective costume that identified him as distinctly as a knight’s armor identified its owner. But every item of dress had a useful purpose, from the broad – brimmed hat that kept sun and rain off his head to the spurs fastened to the backs of his boots. Even the cowboy’s ornamental – looking bandanna had various functions-as a mask to keep out trail dust, as insulation against the desert sun when wadded up and stuck in a hat crown, even as a tourniquet in case of a rattlesnake bite.

Beneath this glamorous but utilitarian garb, the cowhand was dressed like any other laborer. He normally wore long johns-unless ii was too hot. His shirt was typically collarless and made of cotton or flannel. His woolen pants were sometimes fortified with buckskin sewn over the seat and down the inner thighs to keep them from fraying where they rubbed against the saddle. He rarely used suspenders, since they chafed him, and just as rarely wore a belt unless, as in later days, he was a rodeo rider hankering to show off a fancy belt buckle won in the arena. As a practical measure his pants had to stay up by themselves and thus were bought to fit tightly around the waist. Because it was inconvenient to carry anything in pants pockets while riding, the cowboy usually had on a vest with deep pockets where he kept his tobacco and perhaps a tally book for keeping count of the cattle.
6. What does the passage mainly discuss?
(A) Cowboys and knights
(B) Cowboy clothes
(C) Rodeo customs
(D) Dangers on the range

7. The author compares the cowboy to the knight because they both had
(A) high ideals
(B) distinctive clothes
(C) difficult vocations
(D) historical importance

8. Which of the following is NOT mentioned in the passage as a use for the cowboy’s bandanna?
(A) Disguising his face
(B) Keeping his head cool
(C) Making a tourniquet
(D) Shielding his nose from dust

9. A cowboy’s pants were fortified with buckskin to
(A) hold the pants up
(B) make him stylish
(C) keep his legs clean
(D) make the pants last longer

10. The word “chafed” in paragraph 2 is closest in meaning to which of the following?
(A) Wounded
(B) Embarrassed
(C) Cooled
(D) Irritated

11. According to the passage, why did cowboys often wear vests?
(A) To look fashionable
(B) To keep warm
(C) To carry useful items
(D) To cover their suspenders

12. Where in the passage does the author mention why a cowboy might wear a belt?
(A)…Fully outfitted for work on the range, a cowboy, in the days of the western frontier, was covered from head to foot in a protective costume that identified him as distinctly as a knight’s armor identified its owner. But every item of dress had a useful purpose, from the broad – …
(B) … Beneath this glamorous but utilitarian garb, the cowhand was dressed like any other …
(C)… the seat and down the inner thighs to keep them from fraying where they rubbed against the saddle. He rarely used suspenders, since they chafed him, and just as rarely wore a belt unless, …
(D) …fit tightly around the waist. Because it was inconvenient to carry anything in pants pockets while riding, the cowboy usually had on a vest with deep pockets where he kept his tobacco and perhaps a tally book for keeping count of the cattle….

The ocean bottom – a region nearly 2.5 times greater than the total land area of the Earth – is a vast frontier that even today is largely unexplored and uncharted. Until about a century ago, the deep-ocean floor was completely inaccessible, hidden beneath waters averaging over 3,600 meters deep. Totally without light and subjected to intense pressures hundreds of times greater than at the Earth’s surface, the deep-ocean bottom is a hostile environment to humans, in some ways as forbidding and remote as the void of outer space.

Although researchers have taken samples of deep-ocean rocks and sediments for over a century, the first detailed global investigation of the ocean bottom did not actually start until 1968, with the beginning of the National Science Foundation’s Deep Sea Drilling Project (DSDP).Using techniques first developed for the offshore oil and gas industry, the DSDP’s drill ship, the Glomar Challenger, was able to maintain a steady position on the ocean’s surface and drill in very deep waters, extracting samples of sediments and rock from the ocean floor.

The Glomar Challenger completed 96 voyages in a 15-year research program that ended in November 1983. During this time, the vessel logged 600,000 kilometers and took almost 20,000 core samples of seabed sediments and rocks at 624 drilling sites around the world. The Glomar Challenger’s core samples have allowed geologists to reconstruct what the planet looked like hundred of millions of years ago and to calculate what it will probably look like millions of years in the future. Today, largely on the strength of evidence gathered during the Glomar Challenger’s voyages, nearly all earth scientists agree on the theories of plate tectonics and continental drift that explain many of the geological processes that shape the Earth.

The cores of sediment drilled by the Glomar Challenger have also yielded information critical to understanding the world’s past climates. Deep-ocean sediments provide a climatic record stretching back hundreds of millions of years, because they are largely isolated from the mechanical erosion and the intense chemical and biological activity that rapidly destroy much land-based evidence of past climates. This record has already provided insights into the patterns and causes of past climatic change information that may be used to predict future climates.
13. The author refers to the ocean bottom as a “frontier” in paragraph 1 because it
(A) is not a popular area for scientific research
(B) contains a wide variety of life forms
(C) attracts courageous explorers
(D) is an unknown territory

14. The word “inaccessible” in paragraph 1 is closest in meaning to
(A) unrecognizable
(B) unreachable
(C) unusable
(D) unsafe

17. The word ” extracting ” in paragraph 2 is closest in meaning to
(A) breaking
(B) locating
(C) removing
(D) analyzing

18. The deep Sea Drilling Project was significant because it was
(A) an attempt to find new sources of oil and gas
(B) the first extensive exploration of the ocean bottom
(C) composed of geologists form all over the world
(D) funded entirely by the gas and oil industry

19.. The word “strength” in paragraph 3 is closest in meaning to
(A) basis
(B) purpose
(C) discovery
(D) endurance

21. Which of the following is NOT mentioned in the passage as being a result of the Deep Sea Drilling Project?
(A) Geologists were able to determine the Earth’s appearance hundreds of millions of years ago.
(B) Two geological theories became more widely accepted
(C) Information was revealed about the Earth’s past climatic changes.
(D) Geologists observed forms of marine life never before seen.