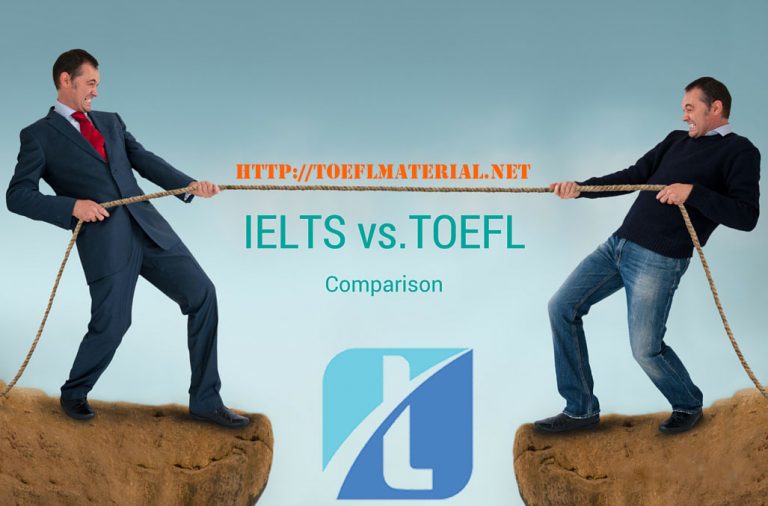 You might wonder if the TOEFL or the IELTS is better for you. Read on and find out!

Forr many years, the Test of English as a Foreign Language (TOEFL) was the exam most U.S. colleges and universities relied on to measure and test English language skills exhibited by applicants from non-English speaking countries. Worldwide, that was not the case. Another test, the International English Language Testing System (IELTS), was the exam required by most other English-speaking countries, including Britain and Australia, to test English language skills. The IELTS is often considered to be the only test that can compete with the TOEFL test in the United States.

The TOEFL test did not match the IELTS in all areas

With its live, one-on-one component, the IELTS has been viewed by many as a superior exam for evaluating the spoken English skills of potential students. Until recently, the TOEFL had no such component and many of the countries requiring the IELTS felt that a speech component to an English proficiency exam was crucial.

Whether or not the IELTS is a better exam really seems to be a matter of opinion. However, its acceptance as an assessment tool has grown in the United States in recent years. In addition to the TOEFL, more than 3,000 U.S. institutions and programs now accept the IELTS as well. You can see a list of these institutions and programs, the IELTS Recognition List, at https://ielts.org/usa.aspx. For the most part, the choice of which test to take is up to you.

The TOEFL iBT is playing catch up

So, which test is better? It depends on who you ask! Some schools remain firmly devoted to the IELTS and its interactive, personalized-speech format. On the other hand, the TOEFL gained some ground globally when it introduced its Internet-based test (TOEFL iBT) format with its new recorded-speech portion. With both tests now offering the ability to test spoken language, and the TOEFL spreading its Internet-based testing ability across the globe, the TOEFL has seen upward spikes in number of users in various parts of the world.

Do you need to prepare for the IELTS or the TOEFL test?

Internet-based testing is just getting started for the IELTS. The current IELTS format is expected to stay around for at least a few more years and, worldwide, many test-prep and coaching companies prepare students for the IELTS. On the other hand, test-prep companies are still a bit stumped by the TOEFL iBT, and preparation lessons and techniques for the iBT are still being developed. Certainly, both tests offer sample materials to potential test-takers, but if you have the choice of preparing for one test or the other with a professional test coach, you may prefer the IELTS, as long as the schools you’re applying to will accept it.

Both the TOEFL iBT and the IELTS now evaluate speech

As far as speech evaluation goes, there is no definitive rule on which test is better. Some say the individualized IELTS format is great, while others think there’s a potential for bias and an even greater chance of inconsistency in scoring due to individual nuances of the examiners. Critics of the IELTS believe that the panel review of recorded speech for the TOEFL test is a more accurate, less biased mechanism for evaluation.

Which will you take, the IELTS or the TOEFL test?

Ultimately, the test you take will probably be guided by which test is required by the school(s) to which you are applying. If both are acceptable, the availability of testing locations and cost will probably play a significant role in your decision. Both tests have Web sites that can answer many of your questions and that maintain up-to-date news on the progression of their Internet-based test expansions. For most testing dates and locations, you can register online for most testing dates and locations. The Web is also a good access point for sample test materials and testing tips. It is a great place to begin planning your IELTS or TOEFL preparation so that in the end, you earn the best IELTS or TOEFL score you can.

Also, even as you’re planning for the IELTS or TOEFL tests, make sure that you prepare for all the parts of the application that will matter, including the admissions essay. For that, there’s no better source for help than the essay editing service of EssayEdge, which is staffed by expert Ivy League graduates who can provide you with tips and assistance to perfect your essay.