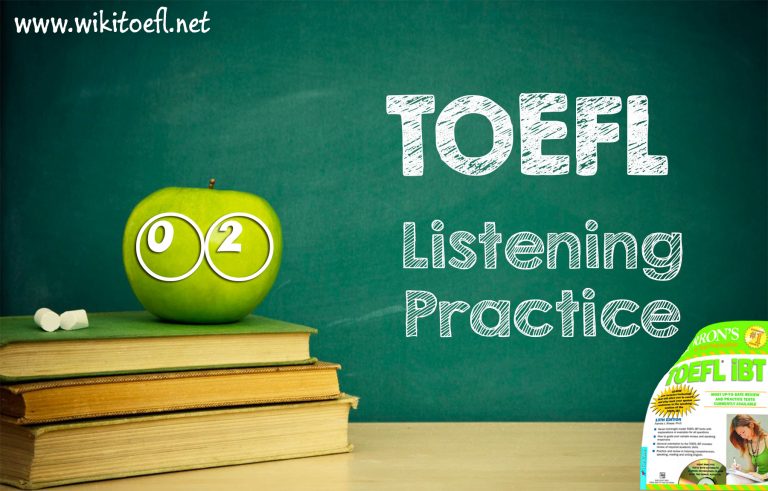 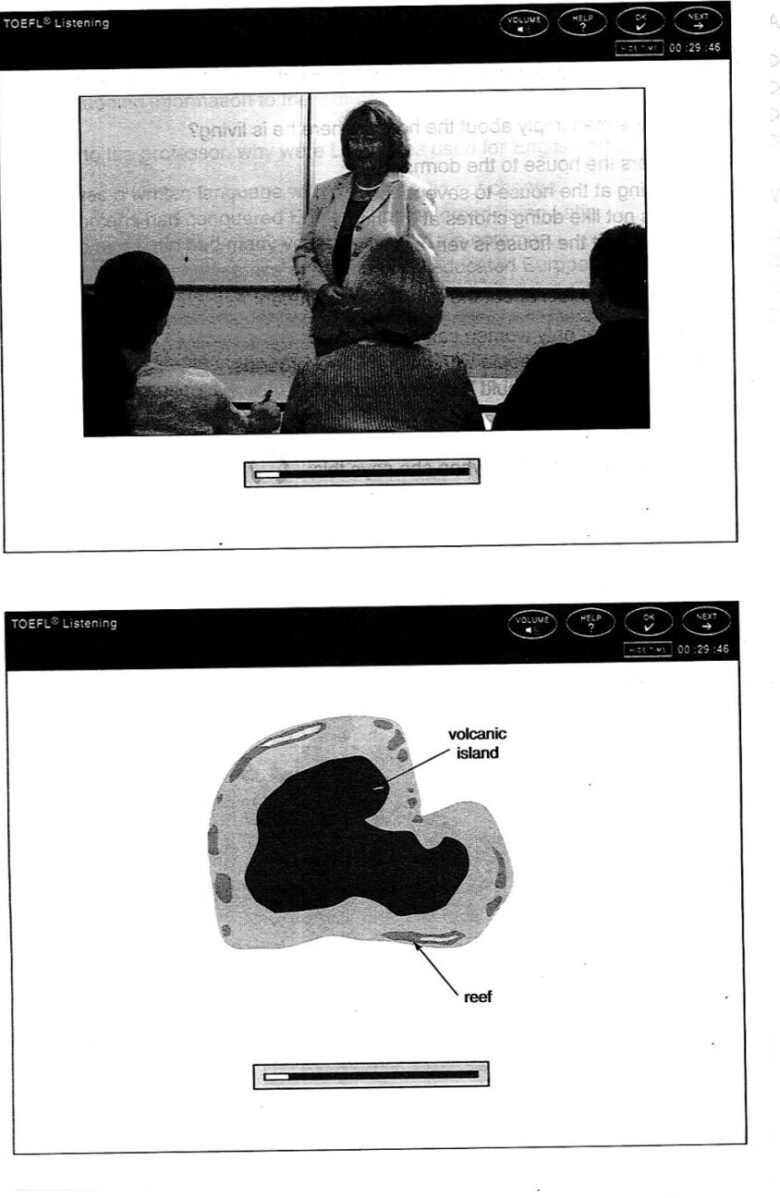 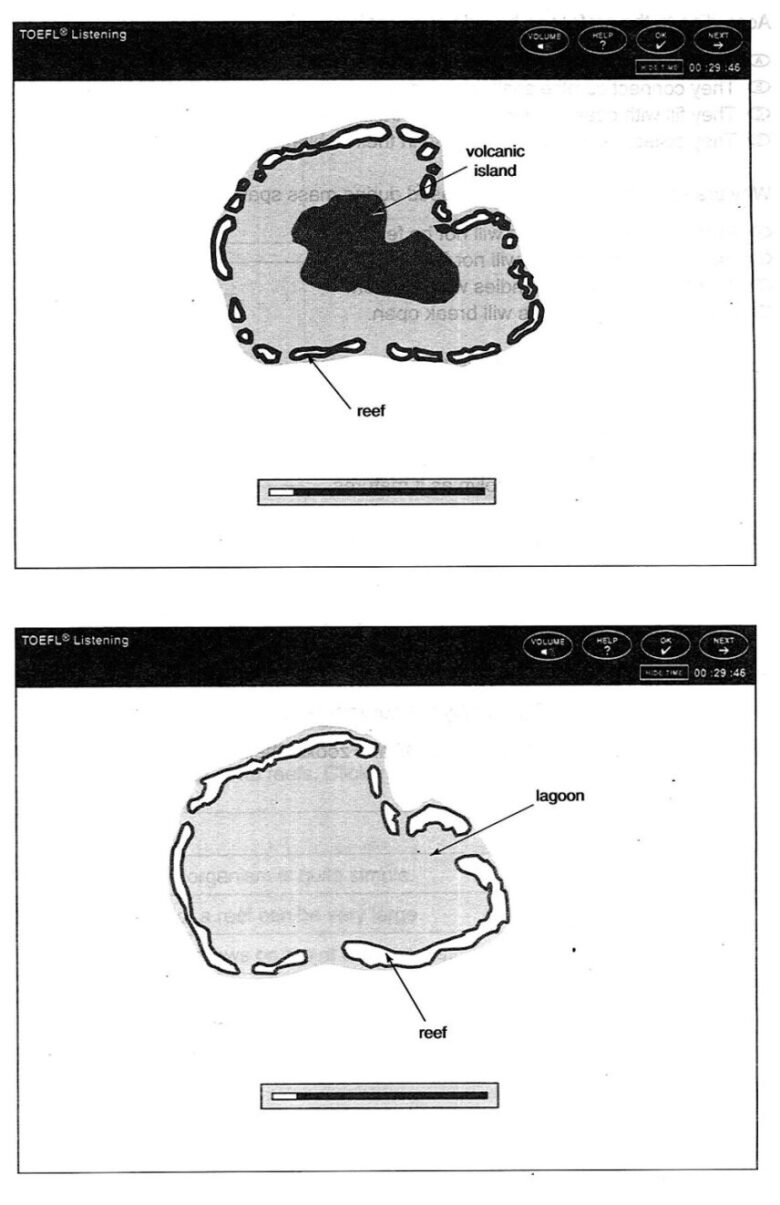 23. According to the professor, how do coral reefs grow?
A. They become very large by eating other species.

B. They connect coralite shells to build structures.
C. They fill with ocean water to expand their size.

D. They collect debris from ocean life in their habitat.

24. Why are so many egg bundles released during mass spawning?
A. Some of the egg bundles will not be fertilized.

25. According to the professor, what is budding?
CD The division of a polyp in half to reproduce itself.
CD The growth of limestone between the shells of polyps.
CD The diversity that occurs within a coral reef.

CD The increase in size of a polyp as it matures.

26. What is the relationship between zooxanthella and coral polyps? Click on 2 answer choices.
A. The coral and the zooxanthella compete for the same food.

B. The zooxanthella uses the coral for a shelter from enemies.

C. The coral eats food produced by the zooxanthella.
D. The same predators attack both coral and zooxanthella.

27. Which of the following reefs is probably an atoll?

28. In the lecture, the professor explains coral reefs. Indicate whether each of the following is a true statement about coral reefs. Click in the correct box for each phrase.
Yes No
A In general, the organism is quite simple.
B The structure of a reef can be very large.
C The living coral grows on top of dead shells.
D Mass spawning is not very effective. 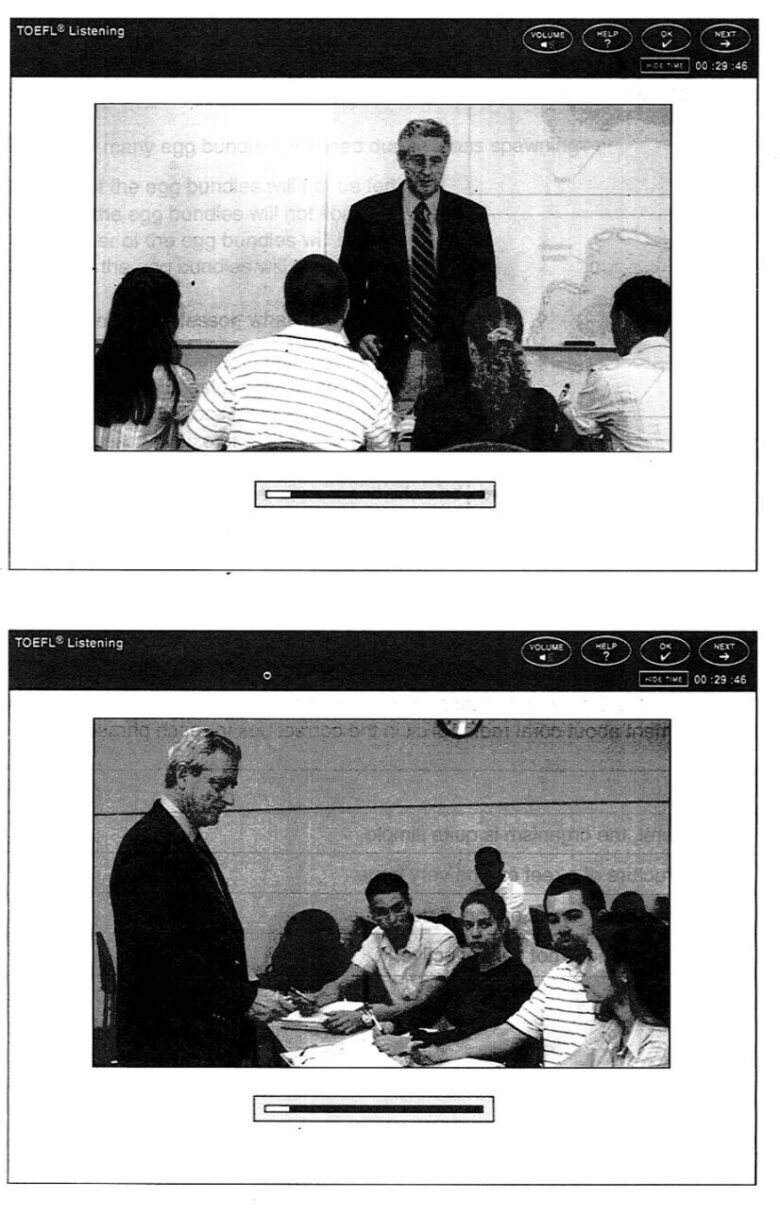 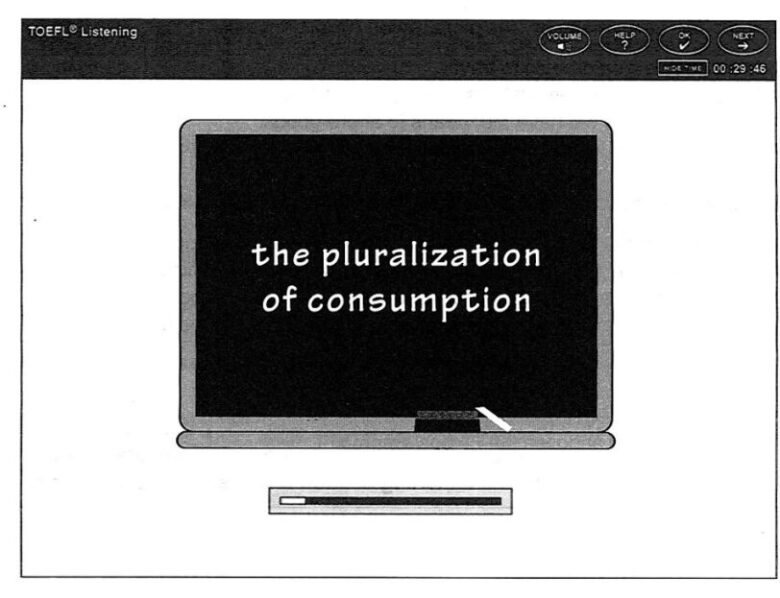 29. What is the discussion mainly about?
CD Global marketing of food products

30. How does the professor organize the lecture?
CD He compares domestic and foreign products.
CD He relates the textbook to his professional experience.
CD He refers to case studies from the textbook.
CD He presents information from most to least important.

32. What technique does the professor use to encourage student discussion?
CD He gives students positive reinforcement by praising their efforts.
CD He asks the students to talk among themselves in small groups.
CD He assigns a different part of the textbook to each student.
CD He calls on each student by name to contribute to the discussion.

33. What did Ted Levitt mean by “the pluralization of consumption”?
CD More people would begin to travel.
CD More multinational corporations would produce brands.
CD More consumers will have the means to afford goods.
CD More people will want the same products.

34. What does the professor say about television and movie companies?
CD He indicates that some companies hire foreign marketing experts.

CD He criticizes the way that they advertise their programs and films.

CD He notes that they are one of the most widely distributed exports.

CD He points out that they are paid to display brand-name products.