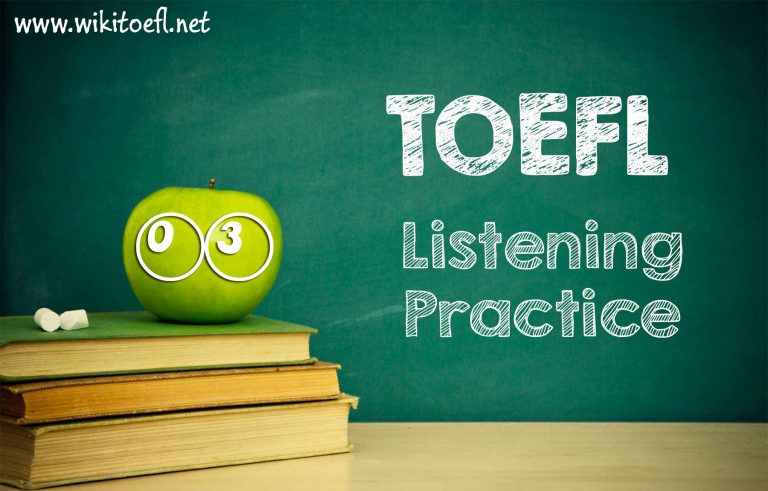 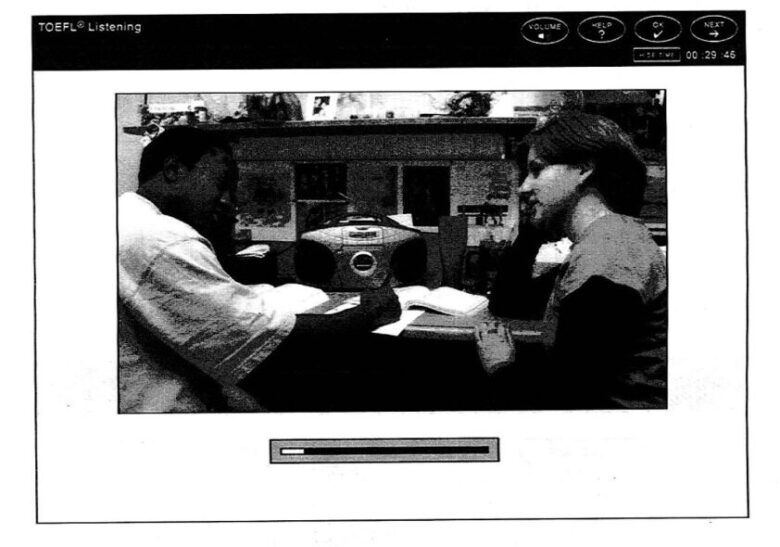 1. What are the students mainly discussing?
CD Group sessions in the Office of Career Development

CD The advantages of career counseling for the man

CD The woman’s internship in the Office of Career Development

CD How to find employment in the field of career counseling

3. Why does the woman tell the man about her experience?
CD To demonstrate the benefits of going to the Office of Career Development

CD To give the man her opinion about his career decision

4. What is the woman’s attitude toward her internship?
CD She would rather go to graduate school.
CD She is looking forward to interning.
CD She thinks that it is a very positive experience.
CD She will be happy when she completes it.

5. What will the man probably do?
CD He will make an appointment with his academic advisor.

CD He will go to the Office of Career Development.
CD He will apply for a job at the library.
CD He will ask the woman to help him with his tests. 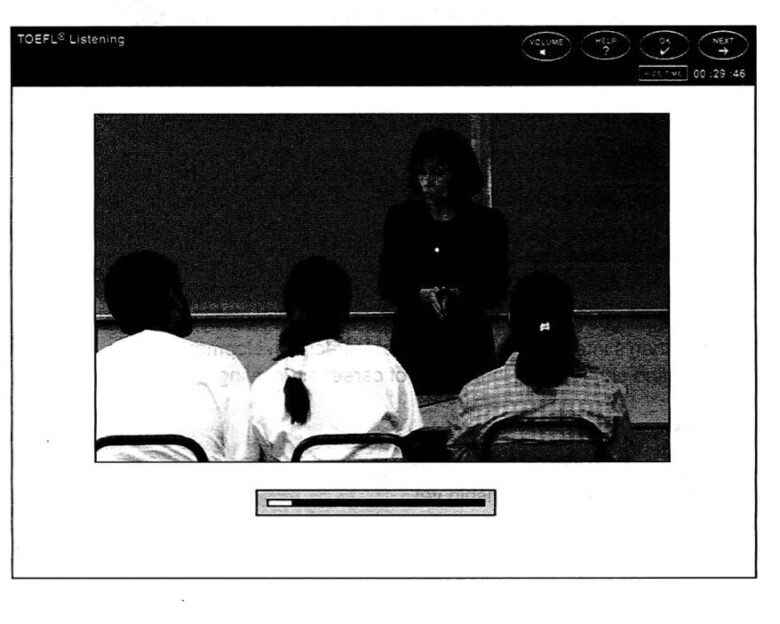 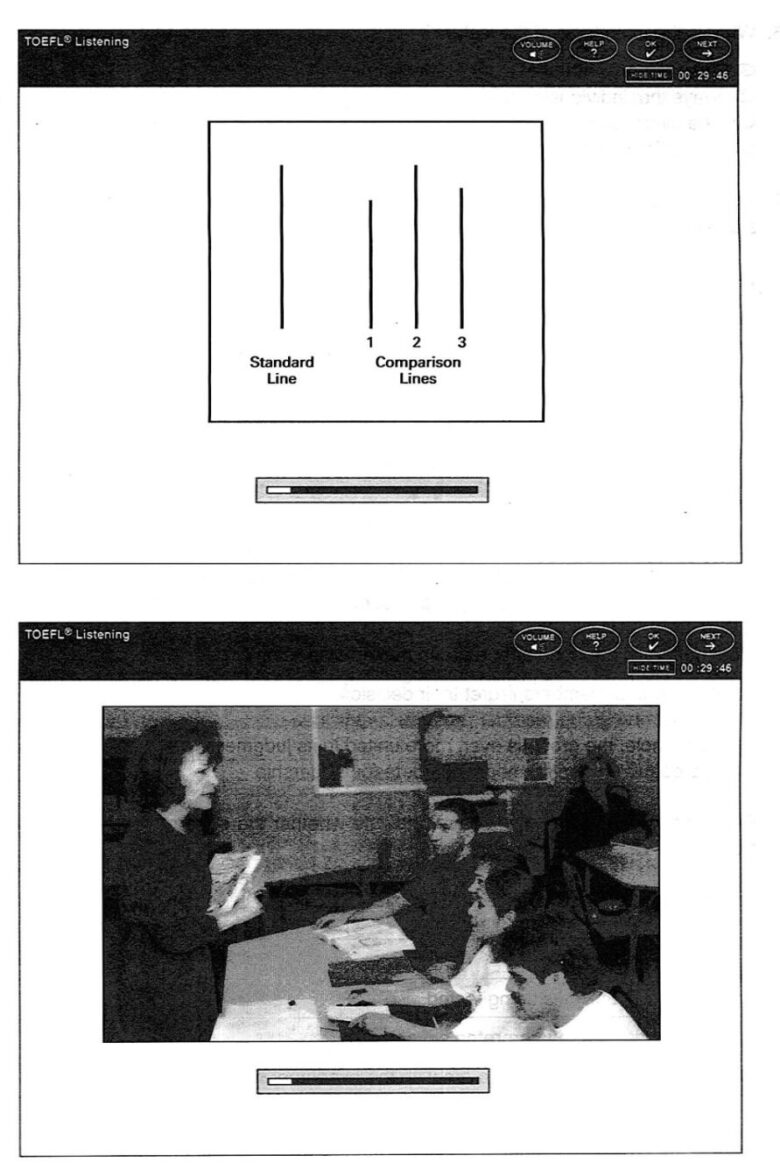 6. What is the main topic of the lecture?
CD The problems inherent in group decisions

CD The influence of groups on individual behavior

CD The differences in social influence across cultures

7. According to the professor, what two results were reported in the Asch and Abrams studies?
Click on 2 answer choices.
[A] A larger group exerts significantly more pressure than a smaller group.
[B] Subjects conformed to group opinion in more than one-third of the trials.
[C] When the subject knows the group socially, there is greater pressure to conform.
[D] A majority opinion has as much influence as a unanimous opinion.

8. Why does the professor say this:
CD She regretted the result of the experiment.
CD She knew that the students would not like the information.
CD She needed to correct what she had said in a previous statement.
CD She neglected to mention important facts.

9. What generally happens after a group makes a decision?
CD Some group members regret their decision.
CD At least one group member presents a new idea.
CD As a whole, the group is even more united in its judgment.
CD The popular group members compete for leadership.

10. Based on information in the lecture, indicate whether the statements describe the Asch study.
For each sentence, click in the Yes or No column
Yes      No
A Only one subject is being tested.
B The cards can be interpreted several ways.
C Some of the group collaborate with the experimenter.

11. What is the professor’s attitude about the studies on social influence?
CD She seems surprised by the results.
CD She appears to be very interested in them.
CD She needs more information about them.
CD She doubts that there is practical application. 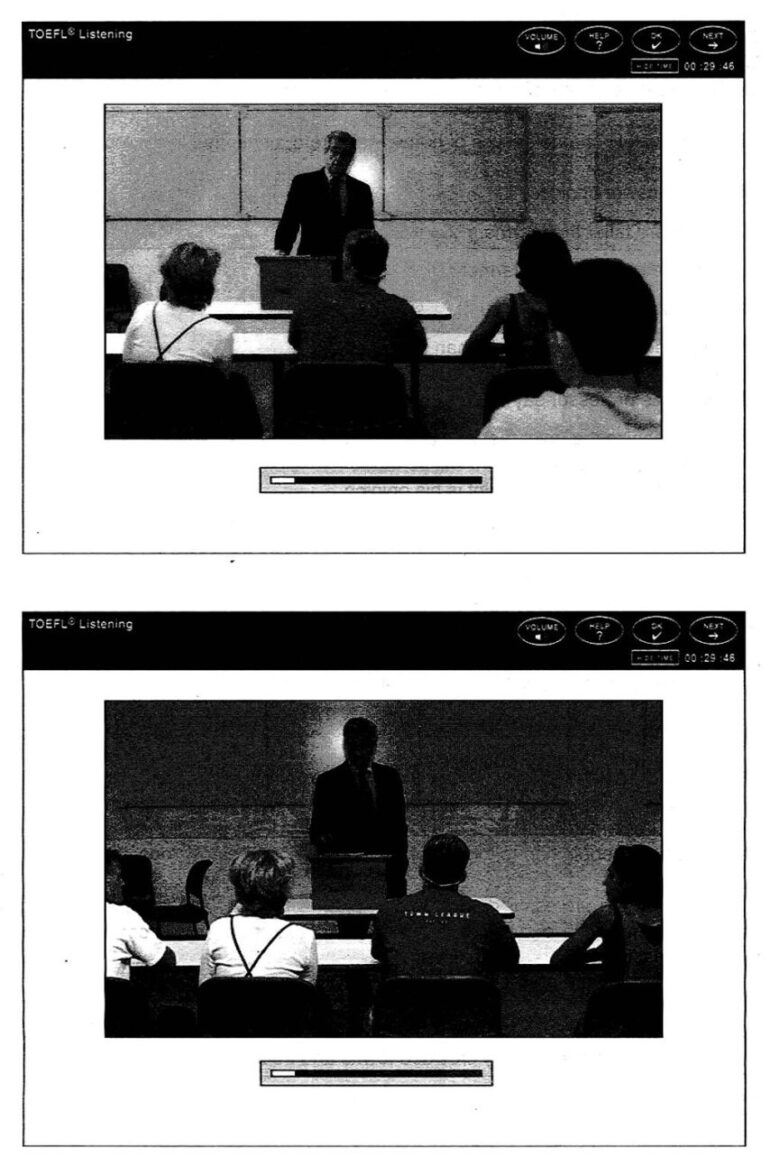 12. What is the main topic of this lecture?
CD The process of fixing a photograph

CD The problem of exposure time
CE> The experiments by Louis Daguerre .
CD The history of early photography

13. According to the professor, what two limitations were noted in Daguerre’s process for developing and fixing latent images?
Click on 2 answer choices.
A. The photograph disappeared after a few minutes.
B. The images were very delicate and easily fell apart.
C. Multiple images could not be made from the plate.
D. The exposure time was still several hours long.

14. Why does the professor say this:
CD He is trying to generate interest in the topic.
CD He makes reference to a story in the textbook.
CD He is not sure whether the information is accurate.
CD He wants the students to use their imaginations.

15. What substance was first used to fix the images?
CD Copper powder

CD Most of them had originally been painters before they became interested in photography.

CD Portrait photographers were in the highest demand since people wanted images of their families. .
CD There were only a few photographers who were willing to work in such a new profession.

CD Some of them must have experienced health problems as a result of their laboratory work.

17. In what order does the professor explain photographic principles?
CD From the least to the most important facts

CD In a chronological sequence of events

CD The order of the steps in the photographic process

CD The advantages before the disadvantages