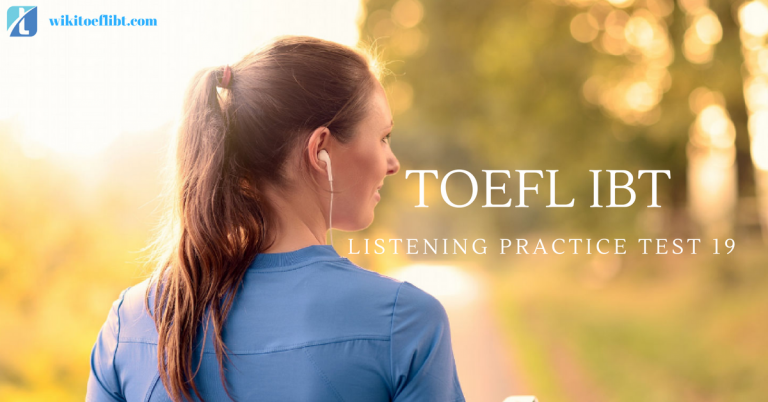 Listening 1
Listen to part of a lecture in a psychology class. Trade 1

2. According to the professor, what did Maslow realize from studying monkeys? Track 3
(A) They are very similar genetically to humans.
(B) They need very little other than food and water.
(C) They need the same things humans need.
(D) They placed meeting certain needs before meeting others..

3. According to the professor, which of the following is a feature of self-actualized individuals?
Track 4
(A) Having a limited sense of humor
(B) Being well-loved by all people
(C) Having a well-developed awareness of ethics
(D) Having completed growth

4. In the lecture, the professor describes the layers in Maslow’s hierarchy of human needs. Indicate whether each of the following is mentioned as one of those layers. Track 5
For each word or phrase, put an X in the YES or NO column.
YES NO
A. Physiological needs
B. Anxiety needs
C. Religious needs
D. Esteem needs

Listen again to part of the lecture. Then answer the question. Track 6
5. Why does the professor say this: ?
(A) To challenge students to explain what she meant
(B) To see if students need additional examples
(C) To introduce the next idea in the lecture
(D) To check the students’ understanding of the preceding levels

6. What would the professor most likely talk about next? Track 7
(A) Why certain people meet more of their needs than others
(B) What a person can do to attain self-actualization
(C) How educators have applied Maslow’s ideas in classrooms
(D) How Maslow’s ideas are challenged by experts

Listening 2
Listen to part of a conversation between a student and a professor. Trade 8

7. Why does the student go to see her professor? Track 9
(A) To ask the professor for information about the computer support department
(B) To discuss the final draft for her paper
(C) To inform the professor that she lost her paper when her computer crashed
(D) To get advice on her paper topic

9. What did James say about the woman’s computer? Track 11
(A) A virus destroyed all the information on her hard drive.
(B) It was infected by a spyware program.
(C) It needs a new power supply that had to be ordered from China.
(D) He couldn’t figure out the problem with it.

Listen to part of a lecture in a history class. Trade 15

13. What is the lecture mainly about? Track 16
(A) The differences between salt and pepper
(B) The symbolic importance of spices in the Middle Ages
(C) The structure of the medieval European spice trade
(D) How pepper made it to our dinner table

14. According to the professor, why was salt so valuable to early peoples? Track 17
(A) It tasted better than pepper, cinnamon, or other spices.
(B) It had its origins in mysterious and distant lands.
(C) It is necessary to human health.
(D) It could keep foods from spoiling.

16. Why does the professor mention that most Europeans in the Dark Ages only knew about the world within a ten-mile radius of their homes? Track 19
(A) To emphasize their mistrust of outsiders and dependence on the Church
(B) To illustrate how common spices today could seem exotic to them
(C) To show students how the spice trade changed European social organization
(D) To point out how spices were generally traded only short distances

17. What does the professor suggest about medieval European attitudes toward pepper and salt?
Track 20
(A) Pepper tasted better than salt.
(B) Pepper had less preservative value than salt.
(C) Salt had become part of European culture but pepper had not.
(D) Salt had less symbolic value than pepper.

Listen again to part of the lecture. Then answer the question. Track 21
18. Why does the professor say this: ?
(A) To imply that he would rather not talk about religion
(B) To show that the Church had a special status
(C) To announce a later topic of discussion
(D) To indicate why he does not say more about the Church

Listening 4
Listen to part of a lecture in an anthropology class. Trade 22

2. The professor notes that the common ancestor of a descent group may be Track 24
(A) alive
(B) fictitious
(C) lineal
(D) economic

4. What does the professor say about Chinese tsu descent groups? Track 26
(A) They were organized along matrilineal lines.
(B) They included four or more generations in the household.
(C) They traced descent along the father’s line.
(D) They allowed uncles to discipline children.

Listen again to part of the lecture. Then answer the question. Track 28
6. Why does the professor ask this: ?
(A) To find out about students’ family backgrounds
(B) To illustrate an issue interesting to anthropologists
(C) To remind students of the definition of “descent group”
(D) To point out the main cause of family disputes

Listening 5
Now listen to part of a conversation between a student and a university housing official. Track 29

Now get ready to answer the questions. You may use your notes to help you
7. Why does the student go to the student housing office? Track 30
(A) To inform them of his new roommate
(B) To find out how much money he owes
(C) To correct a mistake in his bill
(D) To try to get a refund on his bill

9. What does the woman say the student needs to do after he gets a confirmation letter? Trade 32
(A) Go to the Registrar’s office to choose his classes
(B) Talk to his Resident Assistant for a new ID card
(C) Go to Security to update his ID card
(D) Talk to the Associate Director about changing rooms

Listen again to part of the conversation. Then answer the question. Track 33
10. Why does the student say this: ?
(A) He is trying to persuade the woman to give him money.
(B) He is being playful and is joking.
(C) He is clarifying what he said earlier.
(D) He is thanking the woman for offering him money.

Listen again to part of the conversation. Then answer the question. Track 34
11. What does the student imply when he says this: ?
(A) That he hopes the process will not take a long time
(B) That he is interested in learning more about university procedures
(C) That he hopes the process will be slow so he does not have to register
(D) That the woman is not working very efficiently

12. What will the student most likely do next? Track 35
(A) Pay the money he still owes
(B) Write a letter to James Frederickson
(C) Stop by the Security Office
(D) Go to see his building’s Resident Assistant

13. What is the talk mainly about? Track 37
(A) Roman churches
(B) A development in architecture
(C) Different styles of arches
(D) The use of stained-glass windows

Listening 6
Now listen to part of a talk in an art history class. Track 36

15. According to the talk, impressive cathedral windows were made possible by the use of
Track 39
(A) barrel vaults
(B) stout columns
(C) pointed arches
(D) steel skeletons

16. The lecturer notes that the Cathedral of Ulm is remarkably Track 40
(A) tall
(B) Gothic
(C) German
(D) open

18. According to the talk which of the following architectural features matches each style? Track 42
Put an X in the correct column for each word or phrase.
Feature: Gothic architecture Romanesque architecture
(A) Barrel vaults
(B) Spires
(C) Broad columns
(D) Round arch
(E) Gargoyles
(F) Tall windows