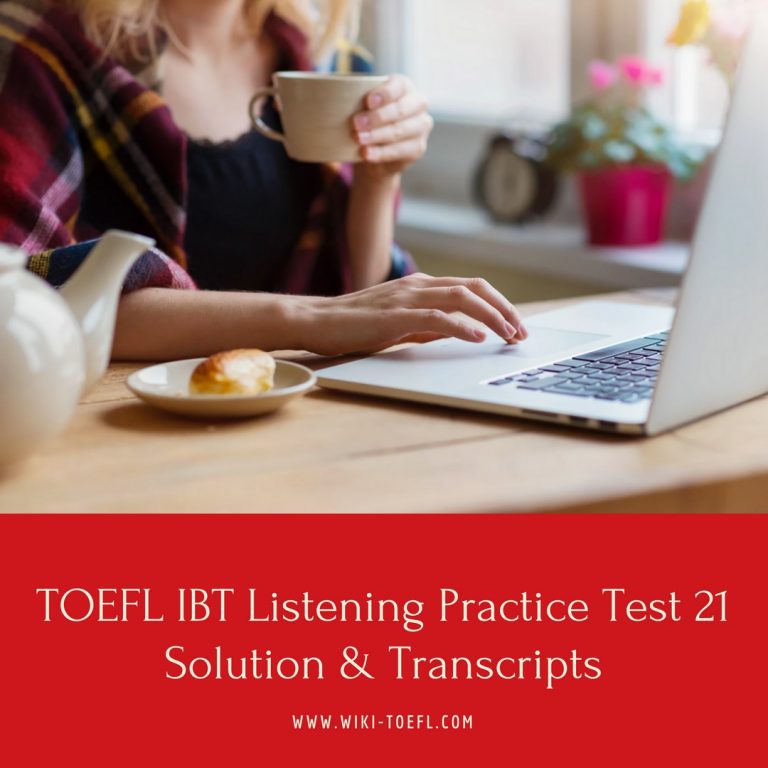 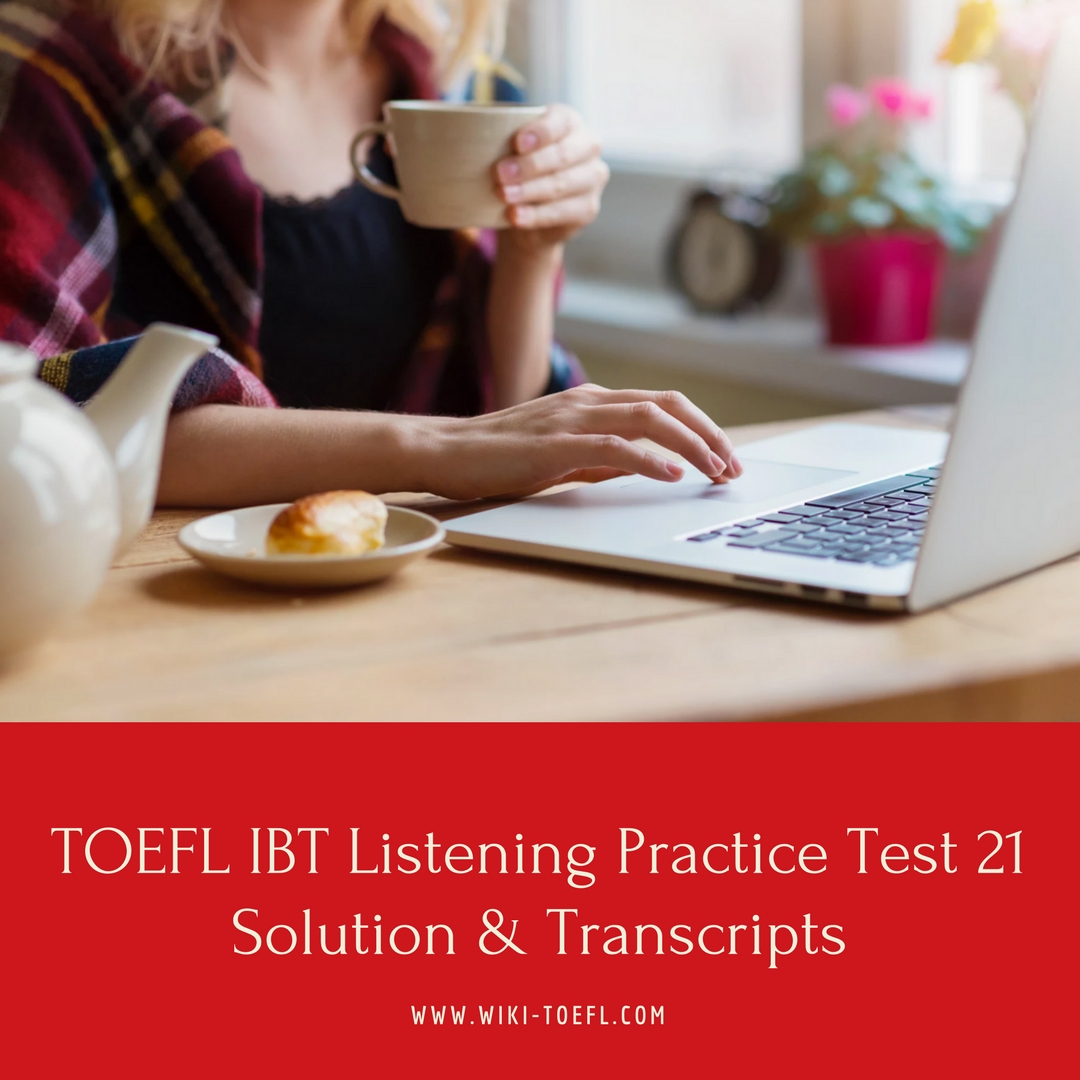 Listen to part of a lecture in a geography class.

Professor: So the Sahara is the biggest desert in the world, with almost all the other deserts able to fit inside its territory. The funny thing is that a lot of people think the Sahara and other deserts are, uh, just all sand and those long sand dunes like you see in travel documentaries or movies like Lawrence of Arabia. Not so. In fact, there are many types of deserts and desert formations, and that is going to be the topic for the rest of our class today.

Now, you may have the impression that all deserts are very hot, but we classify deserts into two types, hot and cold, and also based on their moisture content. I bet you didn’t know that. Hot deserts like the Sahara have moisture or humidity levels of almost zero percent and a temperature range from just below zero degrees Celsius to almost 60 degrees. Right here in California, we have one of the hottest deserts on Earth, with Death Valley having temperatures around 57 degrees Celsius and where moisture evaporates instantly. It’s a tough place, and whenever we do research out there, we bake like a bun in the oven. It’s not for the weak of heart or mind.

Now cold deserts are those that are also extremely dry but have temperatures that can plunge to minus 30 degrees Celsius and don’t go much above 25 degrees on the high side. The Gobi Desert in Mongolia is a perfect example of a cold desert. These deserts do get much more precipitation, especially snow in winter months, but they are still relatively dry and cloud-free compared to other temperate zones. The farther one goes into the interior of a continent away from the oceans, there is much less cloud cover and much lower humidity. For example, Europe has a humidity index of 80 to 100 percent, and Japan and Korea have long, hot, muggy spells in summertime. In contrast, the interiors of Russia and Canada are noted for their extreme dryness and bone numbing cold.

In the desert, there are many types of formations that are created by wind and occasional flash floods. Sand dunes are the most familiar, with several different types. They are formed by the wind blowing sand against an obstacle such as a cliff or a pile of rocks. Sometimes the dunes form in the open and wander across the landscape, being blown in the direction of the, uh, prevailing winds. Now the most common dune is the crescent shaped, with a long, gentle slope on the wind side and a steep slope on the lee side, or the side away from the wind. They can be up to 120 feet high and as much as 400 meters long. Other dune types are formed by the wind moving in two different directions. This forms very long parallel dunes. Still others can be shaped like a pyramid.

Now, there is a lot of sand in deserts compared to other areas, but, in fact, most deserts have very little sand as a percentage of their total area. In the Sahara, only one seventh of the total desert area is sand dunes. The rest is rock, as the sand has been mostly, well, blown away. If you just used humidity as a gauge of what a desert is, you could call the Arctic and Antarctic deserts also, although you’ll never see a grain of sand there. So sand does not a desert make.

Now the wind and water also create many beautiful desert formations. Deserts record extreme tempera-tures between day and night. Any moisture in rocks is turned to frost at night and can break rocks easily. Also, great rivers have carved steep canyons in desert areas, such as the Colorado River and the Grand Canyon here in the Southwest. Mesas are another formation, uh, desert formation, that most Americans recognize from our own deserts. A high plateau of rock is worn down by centuries of wind and water, creating many formations. Deep water channels called wadis are formed, which isolates different parts of the plateau, which become buttes and the larger mesas. The mesas have hard central rock that was once surrounded by softer rock that has been eroded and which falls around the base of the mesa to form a surrounding slope. The rock material that falls is called scree. Buttes are like mesas but smaller.

Mushroom-type rock formations are created by the wind blowing sand at ground level. This wears away the rock near the ground so that it is much thinner than the rock higher up, giving a mushroom-like appearance. Other bizarre formations like Elephant Rock in Nevada are the result of the wind and sand acting in eroding away the softer rock and making some of nature’s most beautiful sculptures.

Listen to part of a conversation between a student and a librarian.

Stude Hello. I’m trying to find a couple of books in the reference section, but I seem to be having some trouble locating them. You’re the reference librarian, right? Do you think that you could help me, please?

Librarian: Sure, it would be my pleasure. Could you let me know what books you’re looking for?

Student: Oh, yes. I have the titles and call numbers written down here on this paper. Here you are. Take a look, please.

Librarian: Hmm… I know these two books. Doing a report for a psychology class, aren’t you?

Student: Oh, yeah, I am. You know, I’m normally pretty good at finding books in the library—I work at the engineering library here on campus—but the main library here is so big that it can get a little overwhelming sometimes.

Librarian: Yeah, I hear that one a lot. Ever since we expanded last year, we pretty much doubled the available shelf space. We’re still in the process of moving around books, so things do tend to get lost on occasion. Okay, here we are. The books should be right here.

Student: But they’re not! I was just here myself. At least I wasn’t looking for them in the wrong place.

Librarian: No, no, you definitely weren’t doing that. Okay, let me think about this for a second. Well, there is always the chance that someone put the books on the wrong shelf. We usually have people do shelf reading once a day, but it’s entirely possible that the person made a mistake.

Student: Okay, so why don’t I look at the books on this shelf and you take a look at the ones there? I mean, the person couldn’t have messed up that badly and put the books too far away.

Librarian: Right you are. Okay, let’s take a look and see what we can dig up.

Student: Hey, here’s the first book on my list! I’ve got it. It was just one shelf over from where it was supposed to be.

Librarian: Well, that’s a relief that you found the book. But what about the other one? What was the title of it again?

Student: It’s called A Student’s Handbook of Basic Psychology. Actually, that book is the one most crucial to my report. Without it, I’m sunk.

Librarian: Don’t worry. We’re going to find that book. Since it’s a reference book, no one can check it out, so it’s got to be somewhere here in the library.

Student: Are you positive about that? It doesn’t seem like it would be too hard to sneak a book out of here.

Librarian: Oh, no. Reference books have extra pro¬tection due to their high cost, and we’ve never lost a reference book yet.

Librarian: You know… I’ve got a couple of ideas. One, someone could actually be using that book right now.

Student: Yeah, I thought about that as well. What’s the other idea?

Librarian: Someone could have shelved the book in the circulating book section. Let’s trot over there and see if my hunch is correct.