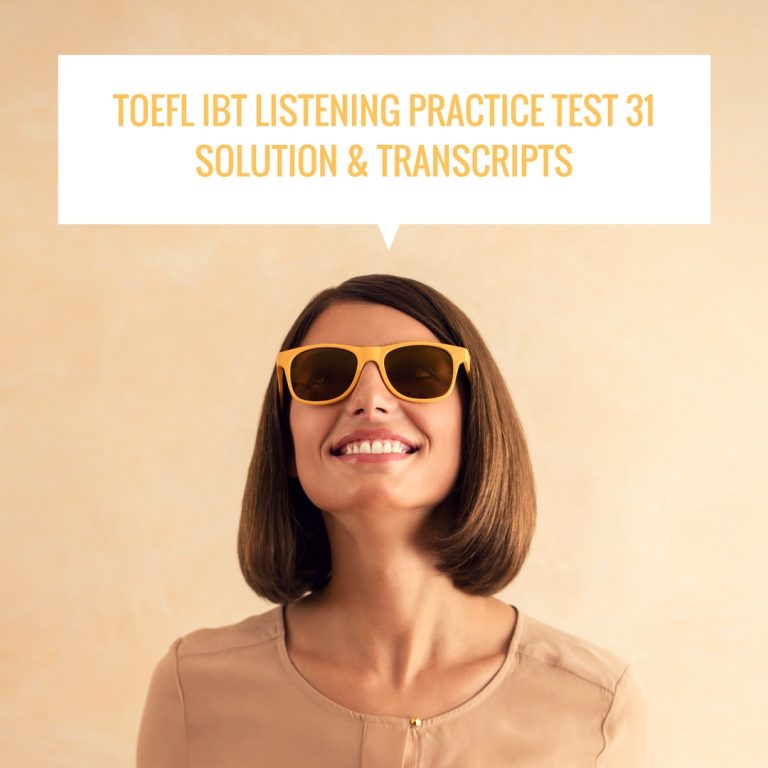 Listen to part of a lecture in an environmental science class.

OK, now let’s talk about another environmental concern—soil erosion. It’s a major problem, all around the world. Sometimes erosion damages soil so severely that the land can no longer be cultivated and it’s just abandoned. That happened in a big way right here in the United States. Some of you have probably read the novel The Grapes of Wrath. And maybe you remember that the story took place in the 1930s, during the time of what was called the Dust Bowl.

Dust Bowl is a term we use to describe an ecological and human disaster that took place in the southern Great Plains region. For nearly eight years, dust and sand blew across the area and covered everything. It was so bad it even made breathing and eating difficult… and farmers could only look on helplessly as their crops were destroyed and the land … and their lives… ruined.

Now, there’d always been droughts and strong winds in that region. But that was OK because the native grasses had deep roots in the ground that were able to hold the soil in place. So the wind wasn’t able to, you know, erode the soil too badly. This changed, though, between 1900 and 1930. Agriculture was expanding rapidly then and lots of farmers in the southern Great Plains wanted to grow wheat and otheir crops they could sell for cash—uh, crops that would be profitable. So they ripped up much of the grassland to plant these crops like wheat, which don’t hold the soil down nearly as well. At the same time, livestock—uh, cattle, too many of them—were feeding on grasses in the area and damaging a lot of the grassland. So these animals caused even more erosion of the soil.

It didn’t help that many of the actual owners of the land were not living anywhere near the area a lot of the landowners lived way back east, and rented out the land to local people who lived on the land and worked on it, but, um, didn’t have much reason to take really good care of it. I mean, it wasn’t their land, right? The tenant farmers weren’t really interested in conserving someone else’s soil—not for the long term, anyway.

Also, some thought the land couldn’t really be damaged—you know, that the soil was so rich and deep that… it didn’t matter if the topsoil, the soil on the surface, blew away. They thought they could just plow up more. But they were wrong. Good top- soil takes a long time to form it can literally take thousands of years to create good topsoil that will grow vegetation—and a very short time to ruin it. So after only a few years of excessive plowing, the land pretty much couldn’t be farmed anymore. And people moved on to other places and let the old areas just sit there. And when they didn’t plant anything on that land, that made it vulnerable to even more erosion. So it was kind of a vicious cycle, you could say.

Another problem, ironically, was that advances in technology were actually destroy¬ing the land, instead of improving it. A lot of farmers were using huge new tractors that dug deep into the ground and tore up a lot of the soil.

And then, of course, there was the weather. You know, when people look back on the Dust Bowl era, they tend to blame the drought—the lack of rain between 1934 and 1937. We can’t ignore the drought—I mean, it was the worst on record at the time and did help bring on this disaster. But—without the soil destruction the drought alone wouldn’t have resulted in the devastation we call the Dust Bowl. It was poor farming techniques that made that happen.

Since then, though, we’ve paid more attention to trying to prevent a future Dust Bowl. One thing Congress did was enact a massive government effort to improve soil conservation, called the Soil Erosion Act. Under this law, large stretches of land in the southern Great Plains were identified as being at risk for erosion and were taken out of production and turned into permanent grassland. What that did—by protecting the land from excessive farming—was to stabilize the soil. Also, the Soil Erosion Act helped educate farmers to practice better soil conservation techniques, like reducing how often they plowed and using better equipment that would, you know, minimize damage to the soil structure.

Listen to a conversation between a student and his academic advisor.

Excuse me, Ms. Chambers? Um, I don’t have an appointment, but I was kinda wondering if you had a minute to help me with something.

What’s on your mind?

Well, uh … I guess I really don’t know where to start… It’s not just one class. It’s . .. I m not doing all that great. Like on my homework assignments. And in class. And I don t know why. I mean, I just don’t get it! I-I read the assignments and I do the homework and I’m still not doing too well…

Oh, no, not Spanish … if it weren’t for Spanish I’d really be in trouble … no, but it’s really all the others, psychology and sociology especially.

Is it the material, what you read in the textbooks? You don’t understand it?

No, that’s just it—I think I understand stuff when I read it…

Remember? Well, I remember names and definitions, but… like, in class, when the professor asks us about the theories, what they’re all about, I never have the answer.

Sounds like you’re trying to learn by memorizing details, instead of picking out the main points of the reading. So, tell me, how do you study?

Well, I—I.. I mean, I read the assigned chapters, and I try to underline everything . .. like all of the words I don’t know, and I always memorize the definitions. But, I dunno, when I get back in class, it always seems like the other students’ve gotten a better handle on what was in the reading. So, maybe it’s just me …

Oh, it’s not. Believe me. Lots of students … You know, my first year as a college student … I really had a hard time. I spent hours reading in the library … but I was just wasting time, ’cause I wasn’t really studying the right things. I did the same sort of thing it sounds like you’re doing, not focusing on what’s really important in the read¬ing, but on the smaller details.

Yeah, maybe. But I spend so much time studying, it seems like I should be doing better.

The first year of college can be a little overwhelming, I know. Point is, lots of students have trouble adjusting at first, you know, figuring out how to study, how to use their time, you know, to your best advantage. It’s good that you do the assigned readings … but, you’ve … well, I think you’re unnecessarily underlining and memorizing. That takes a lot of time, and, well, it’s not the best use of your time. Here s something you can do: when you read, just read the assigned sections, and then … and without looking back at the text—write a summary of the key points, the main ideas in the chapter. And after you do that, it-it’s good to go back and reread the text. And you look for any examples you can find to support those key points. Let me show you an example of what I mean.