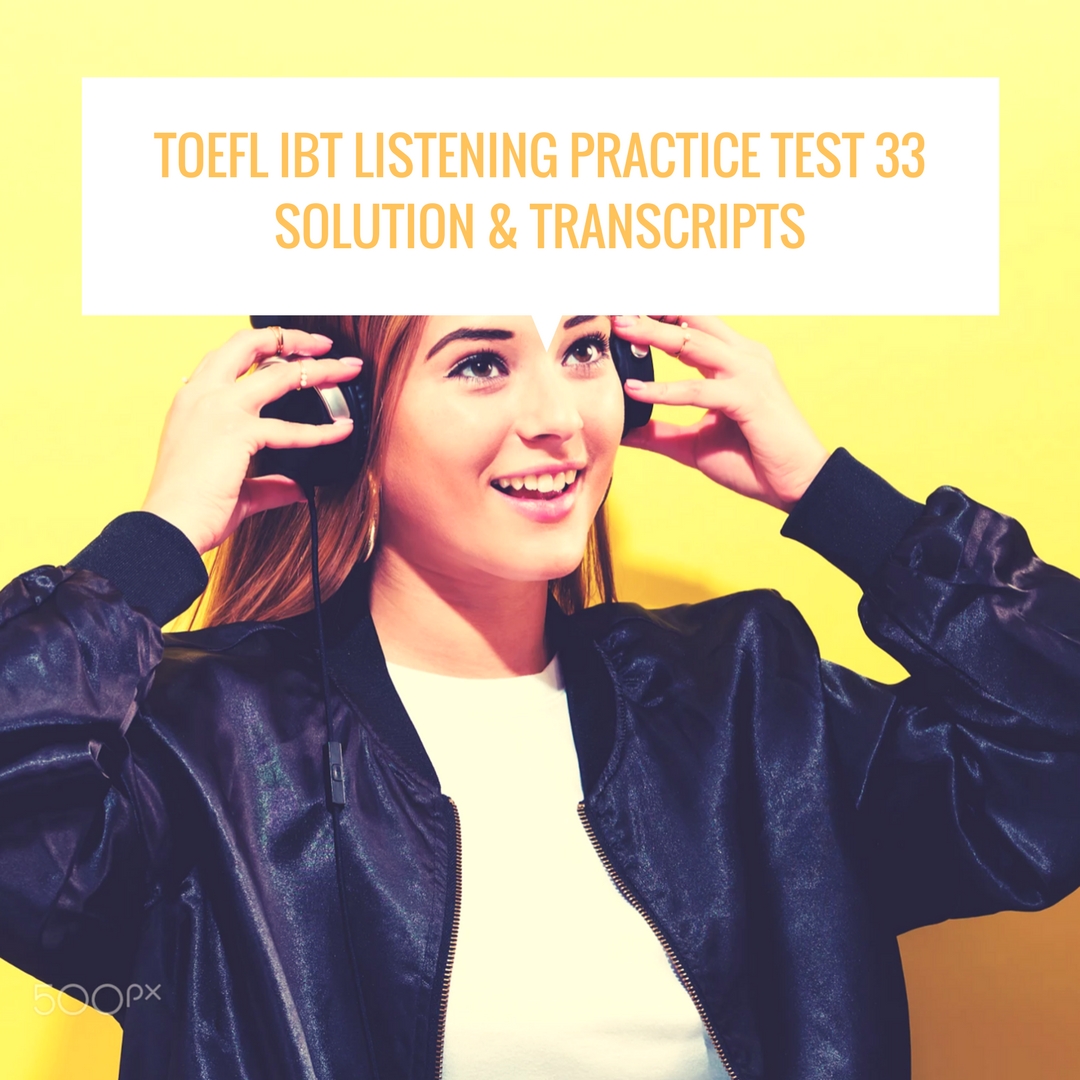 W: Let’s think about the traditional way of arranging music. You use a scale, right? And you build the composition, or song, around that scale. The traditional scales are the major and minor scales. The major scale is C-D-E-F-G-A-B-C. I’m sure all of you know it well. The minor scale, again I am sure you all know, is A-B-C-D-E-F-G-A. But, I should point out, these only use the white keys on the piano. What if we played all the keys and don’t skip any? These are C-C#-D-0#-E-F-F#-G-G#-A-A#-B-C. Sounds strange, doesn’t it? This is called the chromatic scale, and it includes all the notes that you can play on traditional European instruments. So, the major and minor scales include the eight notes everyone is familiar with, but the chromatic sca’e includes everything, a total of twelve notes. And strange as it sounds, this is what composers of the early 20th century were using to write new kinds of compositions.

OK, well, you might say, “Hey, that’s easy, anybody can write a song like that.” But It’s not just a matter of putting together any notes that you want. In order to write compositions using the chromatic scale, composers worked with pretty strict rules. There was a lot more to it than just hitting all the keys.

Who made up the rules? A group of composers, led by Arnold Schoenberg, created the method that composers interested in this kind of writing used when they were working with the chromatic scale. As I mentioned, the method had strict rules. The most important ruie was that you could not play any note twice until all the other notes had been played once. To the composers, this meant that the music was truly free of a!l of the old rules for composition. So, listeners had to hear all twelve notes once before they could hear any one of the notes repeated. This new kind of music got a special name, it was called “atonal” or “12-tone” music, end traditional music was then called “tonal” music.

So, now let’s look at how they did it. Let’s look at how to make a 12-tone composition. First, we take all twelve notes and arrange them. In a particular order. Remember, each note is only used once, so writing twelve different notes ore time each — we have what is called a tone row. I see some confused looks. OK, let’s keep this really simple to start with. We know there are 12 tones in the chromatic scale, so let’s number them tone one through tone twelve. So, one very simple tone row might be just our twelve notes in order from one through twelve. So, now we have a basic tone row for our composition. This will be called the prime row for our composition, but to make the composition interesting, we need to add some variation.

To get this variation, the atonal composers modified the prime raw of their piece in particular ways called transformations. The simplest transformation is called the retrograde tone row. As you might guess from the word “retrograde,” this transformation is just the prime row backwards, that is, in our example, from twelve to one. So, now we have two kinds of tone rows: the original, or prime, tone row, and the retrograde tone row. There is also another, more advanced transformation called the inverse raw. The inverse is a bit complicated and involves changing the relationships between the notes in a particular way. You take a particular note in your prime row and shift twelve notes backward. You do that for every note in the prime row. it is sometimes called the “upside-down” row. In our example, it’s hard to see how an inverse row changes things because for us, the retrograde row and the inverse row look the same, but say you start your prime row with tone 3 and end with tone 2. So, it goes 3, 4, 5, 6, 7, 8, 9, 10, 11,12, 1, 2. Our retrograde row is then 2,1, 12,11,10, 9, 8, 7, 6, 5, 4, 3. But our inverse row, by doing a little math and saying that each note is equal to 12 minus x – our inverse row becomes 9,8, 7, 6, 5, 4, 3,2,1,12, 11,10, You can see all three tone rows are different now.

So, a composer could then start putting together a piece with these kinds of transformations. He or she can combine these in any order. If I’m composing an atonal piece, I can piay two prime rows, then an inverse retrograde row, then an Inverse row. So, now we have an interesting composition!

M: What exactly is culture? A definition that comes straight out of a textbook would be this: “Culture is the complex whole that includes knowledge, beliefs, arts, morals, laws, customs, and any other habits and capabilities acquired by human beings as members of society. Culture refers to all those ways of thinking, feeling, and behaving that are socially transmitted from one generation to the next.” A bit long-winded, but a definition of culture really has to be. It’s a big idea to cam into just a few words. In case you’re having trouble grasping the idea of what our textbook definition actually means, I’ll give you a paraphrased version. Culture is basically any aspect of human life that is learned and taught and then passed on to younger generations. OK, so culture is learned, and it is passed on. Culture is also typically thought of as existing. In the minds of Individuals, so people don’t really mean sculptures or ethnic foods when they talk about culture. Those can be culturally understood, but the objects themselves are not “the culture.” Anyway, back to my original point, on the one hand, culture is this collective and all-encompassing entity of knowledge, beliefs, art, and all that other stuff, and on the other hand, it ts dependent on people like you and me for Its existence. Now, here’s a question that often gets tossed around: Do animals have culture? We generally think of culture as something that only humans have, even though strong arguments can be made that animals, particularly chimpanzees, certainly harve some aspects of culture, such as learned use of tools or signals. However, it is only humans that exhibit all the phenomena that we associate with culture. Remember, we said culture was learned, passed on, and was in the mind- In addition, there were cultural creations such as art, laws, values, and traditions. The interesting thing is that wherever you go in the world and whatever people you come into contact with, you will find that their culture includes those kinds of creations. So, although some animals may exhibit a few traits that resemble culture, humans have culture In its fullest sense. It’s not going to surprise anyone when I say that human cultures vary widely from one group of people to the next and even within cultures, you can find variation. Take, for example, a culture In which marriage partners are selected by the individuals themseVes and a culture in which they are selected by an authority figure or parent. When I suggested these cultures, what countries came to mind? Lots of countries could fit in either category, so I’ll just choose two. Let’s say Canada and India. It’s pretty safe to say that the norm in Canadian culture is for individuals to choose their own marriage partners. In India, the norm is for parents to choose. Often, these arrangements are made when the couple are only children. An arrangement will be made for the two to marry at a certain future date, These marriages can be arranged to create a bond or tie between two families or for a number of other reasons. Now, notice that I said “norm” for both of these cultures. There are also plenty of people in both Canada and India who do things differently than the cultural norm dictates. Some Canadians have their marriage partners chosen by authority figures, and some Indians choose their own partners. So, cultures are different when you compare two cultures of different countries or groups, but also within a single group, culture can vary at the personal level.

Of course, it’s fun to look at all the differences between cultures – to point out all the “strange” things other people do – but for all their differences, there are also many things that cultures have in common. Like, the vast majority of cultures have ceremonies for marriages, some kind of coming-of-age ceremony, birth and death ceremonies, not to mention taboos, especially taboos regarding nudity and sexual relations. Or smiles. A smile is a universally accepted gesture — or maybe I should say body language — anyway, a smile is universally accepted as meaning something good or friendly.

So far, I’ve given you a definition of culture, and I’ve talked a little bit about similarities and differences, but we haven’t said anything about how cultures change or evolve. In fact, cultures are constantly In a state of flux in spite of people’s tendency to resist change. A good example of this would be something like a culture that tries to resist changes in its language. Face it: if people use it, it’s going to change, and people certainly use culture. Some people use it to form bonds within groups or to keep people out of groups, There are lots of ways we use culture, but using your own culture doesn’t necessarily change it. Using someone else’s culture within your own cultural context – now that can lead to change. In fact, that’s one of the most common ways that cultures change – by borrowing from other cultures. Lets take a few minutes and brainstorm some features that American culture has borrowed from other cultures.