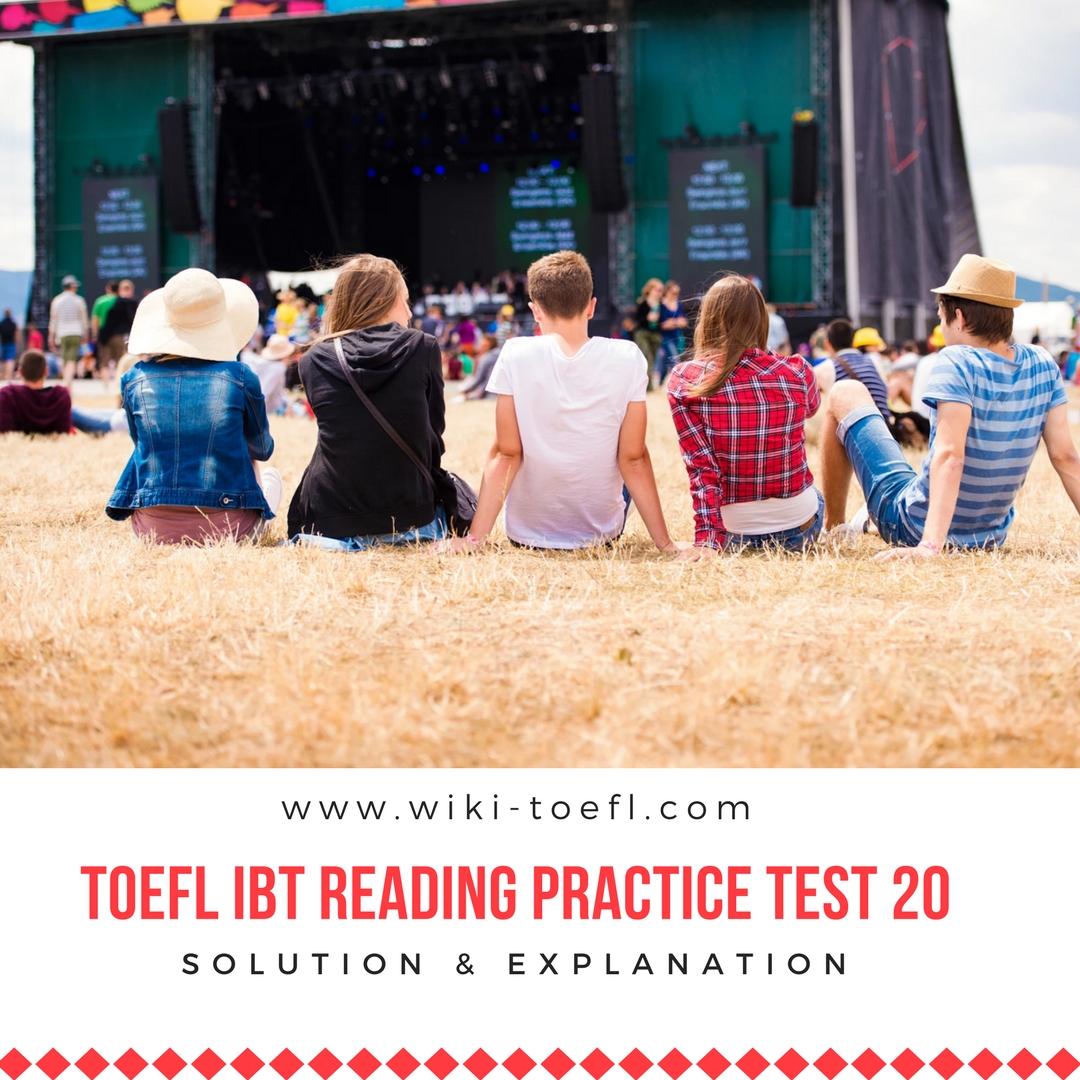 3. D “Of the total 1.3 billion cubic km water on Earth, about 97% is in oceans, and about 2% is in glaciers and ice caps. The rest [of the water] is in freshwater on land and in the atmosphere.” The pronoun phrase “The rest” does not refer to Choices A, B, and C.

4. C “… water on land [freshwater] is important in moving chemicals, sculpturing landscape, weathering rocks, transporting sediments, and providing our water resources.” Choice A is not correct because the rate of evaporation is not compared. Choice B is not correct because 97% of the water is in oceans, not freshwater sources. Choice D is true, but it is not the reason why freshwater is considered important.

6. B In this passage, part is a synonym for “component.” Context comes from the references to “percentages.”

11. C In this passage, important is a synonym for “significant.” Context comes from the numbers in the fraction.

12. C Cause and effect is a transitional device that connects the insert sentence with the previous sentence. The cause is “distribution of water on land is far from uniform” and the result is water shortages in some areas. Choices A, B, and D are not correct because the cause and result are not in consecutive order.

14. C We engage in both organization of what we see and experience paraphrases”… In addition to organizing our observations and experiences” and adaptation of novel ideas paraphrases “we adapt, adjusting to new environmental demands.”

16. A In this passage, change is a synonym for “adjust.” Context comes from the reference to “adapt” in a previous sentence.

17. B “Some objects such as fingers and the mother’s breast, can be sucked, but others [other objects], such as fuzzy blankets, should not be sucked.” The noun “others” does not refer to Choices A, C, and D.

18. C In this passage, different is a synonym for “distinct.” Context comes from the reference to “different” in the next sentence.

19. B In this passage, complex is a synonym for “sophisticated.”

22. C “They might think about what an ideal parent is like and compare their parents to this ideal standard.” Choice A is true, but it is not the reason that the author mentions parents. Choices B and D are not mentioned in the passage.

25. C Chronological order is a transitional device that connects the insert sentence with the following sentence. “At the beginning” should appear in the sentence before “At the end” in reference to the sensorimotor stage.

26. E, A, B summarize the passage. Choice C is an explanation of the concrete operational stage, which is a minor point that is used to develop major point B. Choice D is an example of accommodation that supports major point A. Choice F is true, but it is not directly referred to in the passage.

28. D “In the 1760s … Arkwright invented the water-powered spinning frame, a machine destined to bring cotton-spinning out of the home and into the factory. It [a machine] was an invention.” The pronoun “If does not refer to Choices A, B, or C.

31. A In this passage, discoveries is a synonym for “innovations.” Context comes from the introduction in the first paragraph that explains the “rights” for “inventors.”

32. B “By the early 1970s… U.S. industry demanded greater protection for its idea-based products.”

33. A “… a counterclaim that these were ‘natural’ or ‘raw* materials and therefore did not qualify for patents.” Choice B is not correct because a high percentage Of the materials originated in plant and animal germplasm taken from the developing world. Choice C is not correct because barely a cent of royalties had been paid. Choice D is a claim against pirates in the Third World, but it is not a justification for using plants and animals from the developing world.

34. B “Such unacknowledged and uncompensated appropriation they named ‘biopiracy.’” Choices A, C, and D are not part of the author’s definition.

35. B In this passage, assist is a synonym for “facilitate.” Context comes from logical reasoning in the sentence that suggests a positive effect. Choice D can be eliminated because it would have a negative effect.

36. D In this passage, ideas is a synonym for “notions.” Context comes from the reference to the abstract concepts of “property and creativity.”

37. A The word “Conquest” conveys the idea of domination, power, and unfair practices. Choices B and C are true, but they do not explain the use of the word “Conquest.” Choice D is not correct because the trade agreements prevent developing nations from exerting the power that they might obtain through ownership of valuable resources.

39. A, D, F summarize the passage. Choices B and C provide an example that develops major point A.

Choice E is a detail that supports major point D.