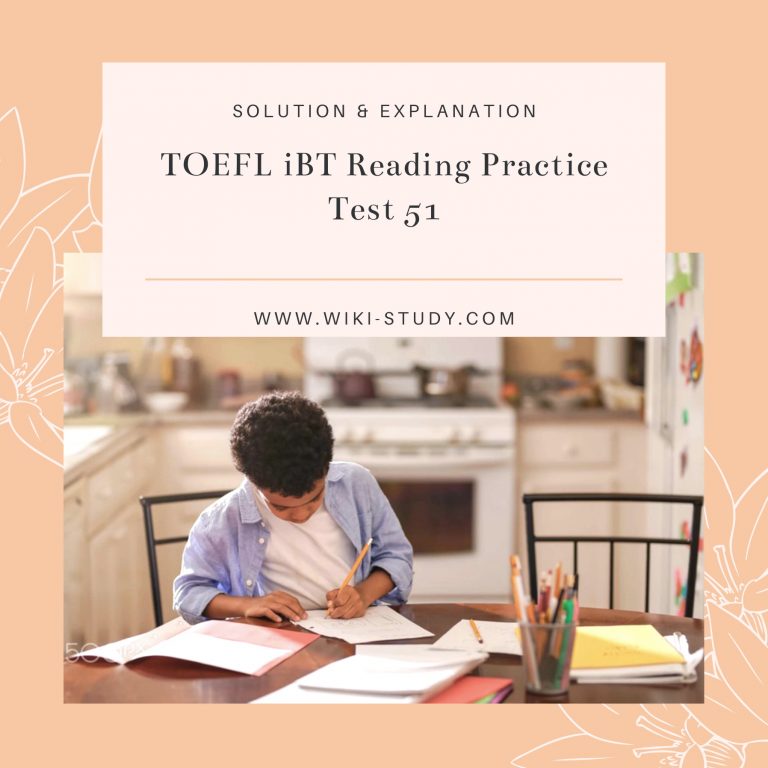 P1: Aside from perpetuating itself, the sole purpose of the American Academy and Institute of Arts and Letters is to “foster, assist and sustain an interest” in literature,
music, and art. This it does by enthusiastically handing out money. Annual cash awards are given to deserving artists in various categories of creativity: architecture, musical composition, theater, novels, serious poetry, light verse, painting, sculpture. One award subsidizes a promising American writer’s visit to Rome. There is even an award for a
very good work of fiction that fallen commercially-once won by the young John Updike for The poorhouse Fair and, more recently, by Alice Walker for In Love and Trouble.

P2: The awards and prizes total about $750,000 a year, but most of them range in size from $5,000 to $12,500, a welcome sum to many young practitioners whose work may
not bring in that much in a year. One of the advantages of the awards is that many go to the struggling artists, rather than to those who are already successful. Members of the Academy and Institute are not eligible for any cash prizes. Another advantage is that, unlike the National Endowment for the Arts or similar institutions throughout the world, there is no government money involved.

P3: Awards are made by committee. Each of the three departments–Literature (120 members), Art(83), Music(47)–has a committee dealing with its own field.
Committee membership rotates every year, so that new voices and opinions are constantly heard.

P4: The most financially rewarding of all the Academy-Institute awards are the Mildred and Harold Strauss Livings. Harold Strauss, a devoted editor at Alfred A. Knopf, the
New York publishing house, and Mildred Strauss, his wife, were wealthy any childless. They left the Academy-Institute a unique bequest: for five consecutive years, two
distinguished (and financially needy) writers would receive enough money so they could devote themselves entirely to “prose literature” (no plays, no poetry, and no
paying job that might distract). In 1983, the first Strauss Livings of $35,000 a year went to short-story writer Raymond Carver and novelist-essayist Cynthia Ozick. By
1988, the fund had grown enough so that two winners, novelists Diane Johnson and Robert Stone, each got $50,000 a year for five years.

(A) Award-winning works of literature

(B) An organization that supports the arts

(C) The life of an artist

(D) Individual patrons of the arts

2. The word “sole” in paragraph 1 is closest in meaning to

3. The word “subsidizes” in paragraph 1 is closest in meaning to

4. Which of the following can be inferred about Alice Walker’s book in Love and Trouble?

(A) It sold more copies than The Poorhouse Fair.

(B) It described the author’s visit to Rome.

(C) It was a commercial success.

(D) It was published after The Poorhouse Fair.

5. Each year the awards and prizes offered by the Academy-Institute total approximately

7. What is one of the advantages of the Academy-Institute awards mentioned in passage?

(A) They are subsidized by the government.

(B)They are often given to unknown artists.

(C)They are also given to Academy-Institute members.

(D) They influence how the National Endowment for the Arts makes its award decisions.

8. The word “rotates” in paragraph 3 is closest in meaning to

(A) Mildred and Harold Strauss

10. Where in the passage does the author cite the goal of the Academy-Institute?

(A) Aside from perpetuating itself, the sole purpose of the American Academy and Institute of Arts and Letters is to “foster, assist and sustain an interest” in literature, music, and art. This it does by enthusiastically handing out money. Annual cash awards

(B) not bring in that much in a year. One of the advantages of the awards is that many go to the struggling artists, rather than to those who are already successful.

(C) Committee membership rotates every year, so that new voices and opinions are constantly heard.

(D) and Harold Strauss Livings. Harold Strauss, a devoted editor at Alfred A. Knopf, the New York publishing house, and Mildred Strauss, his wife, were wealthy any childless.

P1: Archaeological records-paintings, drawings and carvings of humans engaged in activities involving the use of hands-indicate that humans have been predominantly
right-handed for more than 5,000 years. In ancient Egyptian artwork, for example, the right hand is depicted as the dominant one in about 90 percent of the examples. Fracture or wear patterns on tools also indicate that a majority of ancient people were right-handed. Cro-Magnon cave paintings some 27,000 years old commonly show outlines of human
hands made by placing one hand against the cave wall and applying paint with the other. Children today make similar outlines of their hands with crayons on paper. With
few exceptions, left hands of Cro-Magnons are displayed on cave walls, indicating that the paintings were usually done by right-handers.

P2: Anthropological evidence pushes the record of handedness in early human ancestors back to at least 1.4 million years ago. One important line of evidence comes from
flaking patterns of stone cores used in tool making: implements flaked with a clockwise motion (indicating a right-handed toolmaker) can be distinguished from those flaked with a counter-clockwise rotation (indicating a left-handed toolmaker).

P3: Even scratches found on fossil human teeth offer clues. Ancient humans are thought to have cut meat into strips by holding it between their teeth and slicing it with stone
knives, as do the present-day Inuit. Occasionally the knives slip and leave scratches on the users’ teeth. Scratches made with a left-to-right stroke direction (by right-handers)
are more common than scratches in the opposite direction (made by left-handers).

P4: Still other evidence comes from cranial morphology: scientists think that physical differences between the right and left sides of the interior of the skull indicate subtle
physical differences between the two sides of the brain. The variation between the hemispheres corresponds to which side of the body is used to perform specific activities. Such studies, as well as studies of tool use, indicate that right- or left-sided dominance is not exclusive to modern Homo sapiens. Population of Neanderthals, such as Homo erectus and Homo habilis, seem to have been predominantly right-handed, as we are.

11.What is the main idea of the passage?

(A) Human ancestors became predominantly right-handed when they began to use tools.

(B) It is difficult to interpret the significance of anthropological evidence concerning tool use.

(C) Humans and their ancestors have been predominantly right-handed for over a million years.

(D) Human ancestors were more skilled at using both hands than modern humans.

13. What does the author say about Cro-Magnon paintings of hands?

(B) It is unusual to see such paintings.

(C) Many were made by children.

(D) The artists were mostly right-handed.

14. The word “implements” in paragraph 2 is closest in meaning to

16. The word “clues” in paragraph 3 is closest in meaning to

17. The fact that the Inuit cut meat by holding it between their teeth is significant because

(B) it emphasizes the differences between contemporary humans and their ancestors

18. The word “hemispheres” in paragraph 4 is closest in meaning to

19.Why does the author mention Homo erectus and Homo habilis in paragraph 4?

(A) To contrast them with modern humans

(B) To explain when human ancestors began to make tools

(D) To prove that the population of Neanderthals was very large

20. All of the follows are mentioned as types of evidence concerning handedness EXCEPT

(C) studies of tool use

21. Which of the following conclusions is suggested by the evidence from cranial morphology?

(A) Differences in the hemispheres of the brain probably came about relatively recently.

P1: Plants are subject to attack and infection by a remarkable variety of symbiotic species and have evolved a diverse array of mechanisms designed to frustrate the potential colonists. These can be divided into preformed or passive defense mechanisms and inducible or active systems. Passive plant defense comprises physical and chemical
barriers that prevent entry of pathogens, such as bacteria, or render tissues unpalatable or toxic to the invader. The external surfaces of plants, in addition to being covered by
an epidermis and a waxy cuticle, often carry spiky hairs known as trichomes, which either prevent feeling by insects or may even puncture and kill insect Iarvae. Other trichomes are sticky and glandular and effectively trap and immobilize insects.

P2: If the physical barriers of the plant are breached, then preformed chemicals may inhibit or kill the intruder, and plant tissues contain a diverse array of toxic or potentially toxic substances, such as resins, tannins, glycosides, and alkaloids, many of which are highly effective deterrents to insects that feed on plants. The success of the Colorado beetle in infesting potatoes, for example, seems to be correlated with its high tolerance to alkaloids that normally repel potential pests. Other possible chemical defenses, while not directly toxic to the parasite, may inhibit some essential step in the establishment of a parasitic relationship. For example, glycoproteins in plant cell walls may inactivate enzymes that degrade cell walls. These enzymes are often produced by bacteria and fungi.

P3: Active plant defense mechanisms are comparable to the immune system of vertebrate animals, although the cellular and molecular bases are fundamentally different. Both, however, are triggered in reaction to intrusion, implying that the host has some means of recognizing the presence of a foreign organism. The most dramatic example of an inducible plant defense reaction is the hypersensitive response. In the hypersensitive response, cells undergo rapid necrosis–that is, they become diseased and die–after being penetrated by a parasite; the par a site itself subsequently ceases to grow and is therefore restricted to one or a few cells around the entry site. Several theories have been put forward to explain the basis of hypersensitive resistance.

22. What does the passage mainly discuss?

(A) The success of parasites in resisting plant defense mechanisms

23. The phrase “subject to” in paragraph 1 is closest in meaning to

24. The word “puncture” in paragraph 1 is closest in meaning to

26. Which of the following substances does the author mention as NOT necessarily being toxic to the Colorado beetle?

27. Why does the author mention “glycoproteins” in paragraph 2?

(B) To introduce the discussion of active defense mechanisms in plants

(C) To illustrate how chemicals function in plant defense

(D) To emphasize the importance of physical barriers in plant defense

28. The word “dramatic” in paragraph 3 could best be replaced by

29. Where in the passage does the author describe an active plant defense reaction ?

30. The passage most probably continues with a discussion of theories on

(A) the basis of passive plant defense

(B) how chemicals inhibit a parasitic relationship

(D) the principles of the hypersensitive response