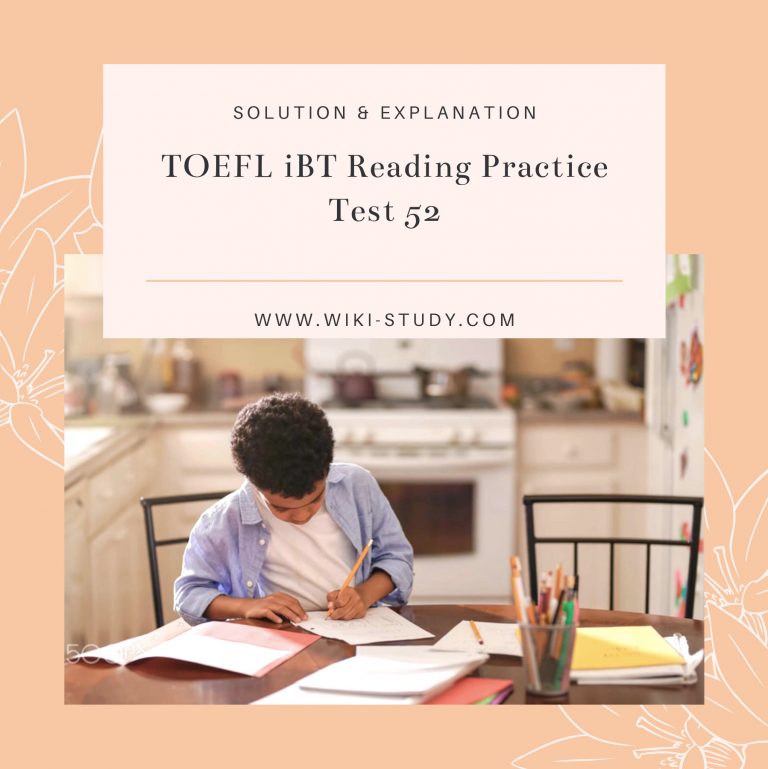 P1: Joyce Carol Oates published her first collection of short stories, By The North Gate, in 1963, two years after she had received her master’s degree from the University of Wisconsin and become an instructor of English at the University of Detroit. Her productivity since then has been prodigious, accumulating in less than two decades to nearly thirty titles, including novels, collections of short stories and verse, play, and literary criticism. In the meantime, she ahs continued to teach, moving in 1967 from the University of Detroit to the University of Windsor, in Ontario, and, in 1978, to Princeton University. Reviewers have admired her enormous energy, but find a productivity of such magnitude difficult to assess.

P2: In a period characterized by the abandonment of so much of the realistic tradition by authors such as John Barth, Donald Barthelme, and Thomas Pynchon, Joyce Carol Oates has seemed at times determinedly old-fashioned in her insistence on the essentially mimetic quality of her fiction. Hers is a world of violence, insanity, fractured love, and hopeless loneliness. Although some of it appears to come from her own direct observations, her dreams, and her fears, much more is clearly from the experiences of others. Her first novel, With Shuddering Fall (1964), dealt with stock car racing, though she had never seen a race. In Them (1969) she focused on Detroit from the Depression through the riots of 1967, drawing much of her material from the deep impression made on her by the problems of one of her students. Whatever the source and however shocking the events or the motivations, however, her fictive world remains strikingly akin to that real one reflected in the daily newspapers, the television news and talk shows, and popular magazines of our day.

1. What is the main purpose of the passage?

(A) To review Oates’ By the North Gate

(B) To compare some modern writers

2. Which of the following does the passage indicate about Joyce Carol Oates’ first publication?

(A) It was part of her master’s thesis.

(B) It was a volume of short fiction.

(C) It was not successful.

(D) It was about an English instructor in Detroit.

3. Which of the following does the passage suggest about Joyce Carol Oates in terms of her writing career?

(A) She has experienced long nonproductive periods in her writing.

(B) Her style is imitative of other contemporary authors.

(C) She has produced a surprising amount of fictions in a relative short time.

(D) Most of her work is based on personal experience.

4. The word “characterized” in paragraph 2 can best replaced by which of the following?

5. What was the subject of Joyce Carol Oates’ first novel?

6. Why does the author mention Oates book In Them?

(B) It is her best piece of nonfiction.

(C) It is a fictional word based on the experiences of another person.

(D) It is an autobiography.

7. Which of the following would Joyce Carol Oates be most likely to write?

(A) A story with an unhappy ending

(B) A romance novel set in the nineteenth century

(D) A dialogue for a talk show

P1: Certainly no creature in the sea is odder than the common sea cucumber. All living creature, especially human beings, have their peculiarities, but everything about the little sea cucumber seems unusual. What else can be said about a bizarre animal that, among other eccentricities, eats mud, feeds almost continuously day and night but can live without eating for long periods, and can be poisonous but is considered supremely edible by gourmets?

P2: For some fifty million years, despite all its eccentricities, the sea cucumber has subsisted on its diet of mud. It is adaptable enough to live attached to rocks by its tube feet, under rocks in shallow water, or on the surface of mud flats. Common in cool water on both Atlantic and Pacific shores, it has the ability to such up mud or sand and digest whatever nutrients are present.

P3: Sea cucumbers come in a variety of colors, ranging from black to reddish-brown to sand-color and nearly white. One form even has vivid purple tentacle. Usually the creatures are cucumber-shaped-hence their name-and because they are typically rock inhabitants, this shape, combine with flexibility, enables them to squeeze into crevices where they are safe from predators and ocean currents.

P4: Although they have voracious appetites, eating day and night, sea cucumbers have the capacity to become quiescent and live at a low metabolic rate-feeding sparingly or not at all for long periods, so that the marine organisms that provide their food have a chance to multiply. If it were not for this faculty, they would devour all the food available in a short time and would probably starve themselves out of existence. But the most spectacular thing about the sea cucumber is the way it defends itself. Its major enemies are fish and crabs, when attacked, it squirts all its internal organs into the water. It also casts off attached structures such as tentacles. The sea cucumber will eviscerate and regenerate itself if it is attached or even touched; it will do the same if the surrounding water temperature is too high or if the water becomes too polluted.

8. What does the passage mainly discuss?

(A) The reason for the sea cucumber’s name

(B) What makes the sea cucumber unusual

(C) How to identify the sea cucumber

(D) Places where the sea cucumber can be found

9. In paragraph 1, the word “bizarre” is closest in meaning to

10. According to the Passage, why is the shape of sea cucumbers important?

(A) It helps the to digest their food.

(B) It helps them to protect themselves from danger.

(C) It makes it easier for them to move through the mud.

(D) It makes them attractive to fish.

11. The word “this faculty” in paragraph 4 refer to the sea cucumber’s ability to

(A) squeeze into crevices

(B) devour all available food in a short time

12. The fourth paragraph of the passage primarily discuss

(A) the reproduction of sea cucumbers

(B) the food sources of sea cucumbers

13. The phrase “casts off” in paragraph 4 is closest in meaning to

(D) uses as a weapon

14. Of all the characteristics of the sea cucumber, which of the following seems to fascinate the author most?

(A) What it does when threatened

(B) Where it lives

(C) How it hides from predators

15. Compared with other sea creatures the sea cucumber is very

16. What can be inferred about the defense mechanisms of the sea cucumber?

(A) They are very sensitive to surrounding stimuli.

(B) They are almost useless.

(D) They are similar to those of most sea creatures.

17. Which of the following would NOT cause a sea cucumber to release its internal organs into the water?

18. Which of the following is an example of behavior comparable with the sea cucumber living at a low metabolic rate?

(A) An octopus defending itself with its tentacles

(B) A bear hibernating in the wintering

(D) A parasite living on its host’s blood

P1: A fold culture is small, isolated, cohesive, conservative, nearly self-sufficient group that is homogeneous in custom and race, with a strong family or clan structure and highly developed rituals. Order is maintained through sanctions based in the religion or family, and interpersonal relationships are strong. Tradition is paramount, and change comes infrequently and slowly. There is relatively little division of labor into specialized duties. Rather, each person is expected to perform a great variety of tasks, though duties may differ between the sexes. Most goods are handmade, and a subsistence economy prevails. Individualism is weakly developed in folk cultures, as are social classes. Unaltered folk cultures no longer exist in industrialized countries such as the United States and Canada. Perhaps the nearest modern equivalent in Anglo–America is the Amish, a German American farming sect that largely renounces the products and labor saving devices of the industrial age. In Amish areas, horse-drawn buggies till serve as a local transportation device, and the faithful are not permitted to own automobiles. The Amish’s central religious concept of Demut, “humility”, clearly reflects the weakness of individualism and social class so typical of folk cultures, and there is a corresponding strength of Amish group identity. Rarely do the Amish marry outside their sect. The religion, a variety of the Mennonite faith, provides the principal mechanism for maintaining order.

P2: By contrast, a popular culture is a large heterogeneous group, often highly individualistic and constantly changing. Relationships tend to be impersonal, and a pronounced division of labor exists, leading to the establishment of many specialized professions. Secular institutions, of control such as the police and army take the place of religion and family in maintaining order, and a money-based economy prevails. Because of these contrasts, “popular” may be viewed as clearly different from “folk”. The popular is replacing the folk in industrialized countries and in many developing nations, Folk-made objects give way to their popular equivalent, usually because the popular item is more quickly or cheaply produced, is easier or time saving to use, or lends more prestige to the owner.

19. What does the passage mainly discuss?

(A) Two decades in modern society

(B) The influence of industrial technology

(C) The characteristics of “folk” and “popular” societies

(D) The specialization of labor in Canada and the United States

20. The word “homogeneous” in paragraph 1 is closest in meaning to

21. Which of the following is typical of folk cultures?

(A) There is a money-based economy.

22. What does the author imply about the United States and Canada?

(A) They value folk cultures.

(B) They have no social classes.

(C) They have popular cultures

(D) They do not value individualism

23. The phrase “largely renounces” in paragraph 1 is closest in meaning to

24. What is the main source of order in Amish society?

25. Which of the following statements about Amish beliefs does the passages support?

(A) A variety of religious practices is tolerated.

(B) Individualism and competition are important.

(D) People are defined according to their class.

26. Which of the following would probably NOT be found in a folk culture?

27. The word “prevails” in paragraph 1 is closest in meaning to

29. Which of following is NOT given as a reason why folk-made objects are replaced by mass-produced objects?