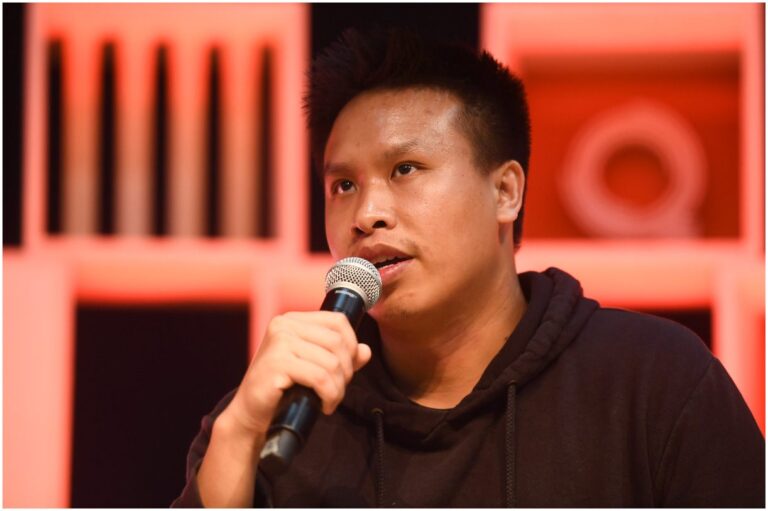 Andy Dinh, popularly known as Reginald, is a retired legendary esports player, who is known for his genius and unique tactics in the game of League of Legends. Well, you might be a fan of the gaming legend Andy, but do you know about a business entrepreneur Andy? Surprised? Keep reading to encounter more surprises like this intertwined with his career, family, early life, and his net worth!

Andy Dinh is a business entrepreneur and a retired League of Legends (LoL) player. He’s the founder and Chief Executive Officer of a 0.5 billion-dollar esport establishment named Team SoloMid. He’s also the founder of the SoloMid website, which is entirely dedicated to League of Legends and, at the same time, serves as the official webpage for his team.

He retired from active esporting to focus more on developing his brand. As a successful businessman, he built sturdy relationships with HTC, Logitech, PepsiCo, Hasbro, Chipotle, Geico, Lenovo, etc. Also, at the age of twenty-five, Andy Dinh was featured in the “Forbes 30 under 30”.

Andy Dinh took birth on 19th April 1992 in the city of San Jose in California. Very little is known about his early life and the whereabouts of his parents. However, sources suggest that one of his parents is from Vietnam.

He completed his schooling at Westmont High School in the city of Campbell in California. He was highly career-oriented and chose esporting as his path to success. This made him skip his higher studies.

He started playing LoL when he was sixteen, and now, he’s the owner of an esporting team that is the title-winner of seven LCS League of Legends Championships.

Andy has a brother named Dan Dinh, a retired LoL player, and an esporting coach. He was in a relationship with Lina Xu, the General Manager of Team SoloMid but got separated. However, the reasons for the break-up are undisclosed.

Significant milestones in the life of Andy Dinh include:

A Few Things You Didn’t Know About Andy Dinh

Net Worth of Andy Dinh

The latest updates reveal that the net worth of Andy Dinh is around $2 million. Team Solomid gains considerable revenue by winning esporting tournaments which form the primary source of income for Andy Dinh.