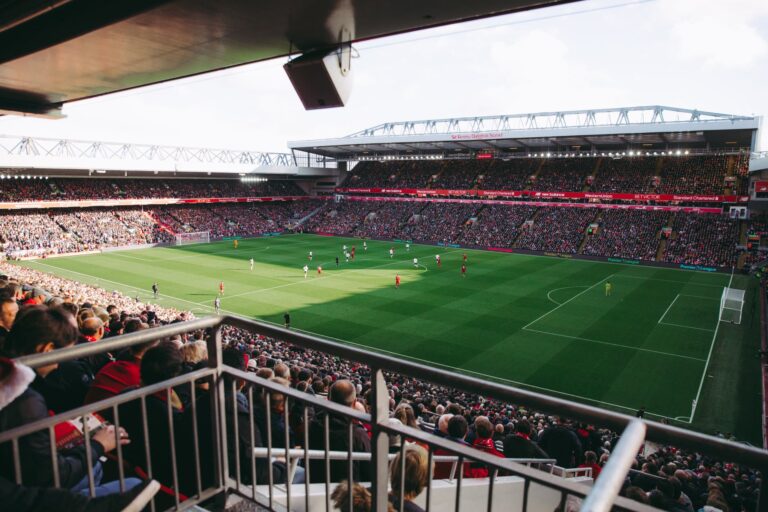 Football fans are in for a treat over the coming months, with the schedule packed with a host of top-class events at club and international level.

The 2023 World Cup in Qatar is undoubtedly the highlight of the year, but there is plenty to look forward to before the tournament gets underway.

A quick look at the TV schedules on the popular FootballToday website highlights just how much superb football is on the agenda.

With that in mind, we take a look at some of the top football events you should live stream during the remainder of 2023.

Under normal circumstances a clash between Real Madrid and Barcelona would often go a long way to determining the outcome of the La Liga title race.

However, Barca’s financial troubles have left them struggling to keep pace with the leading teams in the Spanish top flight.

The Catalan giants have improved in recent weeks and their visit to the Bernabeu Stadium on March 20 will demonstrate how far they have progressed.

Madrid will be keen to make a statement as they home in on the title, setting up the prospect of another fascinating El Clasico encounter.

The road to Qatar 2023 continues apace towards the end of March as teams battle to claim the remaining places at the prestigious tournament.

Most eyes will be on the European play-offs, with 11 nations in the running to secure one of three berths in Qatar.

Portugal and Italy are the biggest teams left in the play-offs and could meet if they safely navigate their respective semi-final ties.

With play-offs also taking place in other regions worldwide, fans of international football should be in their element over the next few weeks.

An excellent run of form has raised hopes that Juventus could yet force their way into the race to win the Serie A title this season.

They are seven points off top spot with ten games remaining and have no room for any further slip-ups on the run-in.

Their home game against Inter Milan on April 3 may be pivotal to their chances and is sure to attract massive attention on live streaming services.

The reigning champions are still in the running to defend their title and the clash with Juventus could make or break their season.

The Premier League title race is a two-way battle, with Manchester City currently favourites to fend of Liverpool’s challenge over the next few weeks.

City have a six-point lead over their rivals, but the Reds have a game in hand. On that basis, whoever wins at the Etihad Stadium will be in pole position to secure the title.

Pep Guardiola’s side are unbeaten in their last four meetings with Liverpool and have not lost against them at home in the league since 2015.

The Merseyside outfit will need to pull out all the stops if they are to give themselves any chance of overhauling City before the end of the campaign.

The FA Cup final on May 14 will once again attract a huge worldwide audience, many of whom will watch the action via live streams.

The competition has reached the quarter-final stage, with six Premier League teams and two Championship sides still dreaming of lifting the trophy.

Liverpool and Man City remain in the competition, but Chelsea could be the team to beat after receiving a favourable draw in the last eight.

The Blues were beaten by Leicester City in last year’s final and will be keen to make amends this time around.

With a place in next season’s Champions League up for grabs, UEFA’s second ranked club tournament has taken on added importance.

There are some big clubs left in this season’s Europa League including Barcelona, Sevilla, Atalanta, RB Leipzig and Bayer Leverkusen.

Barca are strongly fancied to win the tournament, although Sevilla could be the team to beat given their previous record in the Europa League.

The La Liga club have won the Europa League on six previous occasions and will fancy their chances of adding another success to their tally in May.

Premier League clubs have been the dominant force in the Champions League in recent times, with five of the last eight finalists coming from the English top flight.

Liverpool and Man City have already progressed to the quarter-finals this year, and Manchester United and Chelsea are expected to join them there.

The quartet may find it difficult to clinch the trophy at the end of May, with Bundesliga giants Bayern Munich looking a formidable force this term.

They breezed through the group stage before demolishing RB Salzburg in the round of 16 and could be tough to stop in the competition.

Often described as ‘the richest game in football’, the Championship play-off final in May is one of the most eagerly-anticipated fixtures in the football calendar.

With the winners securing a place in the Premier League for the following season, the stakes are incredibly high for the two teams involved.

It is estimated that the winning team stand to benefit from a £170 million over the next three years, highlighting the importance of the Championship play-off final.

The losers face the prospect of at least another season in the English second tier and their best players pondering their futures after missing out on promotion.

The eyes of the football world will be on Qatar during November and December as 32 international teams compete to win the World Cup.

Reigning champions France will be keen to defend the title, but they will face stiff competition from the likes of Brazil and Spain.

England have also been touted as potential winners, but manager Gareth Southgate is yet to prove he is capable of guiding the Three Lions to glory.

Germany look a good bet to go a long way at the tournament after returning to form with a bang during the qualifying campaign.