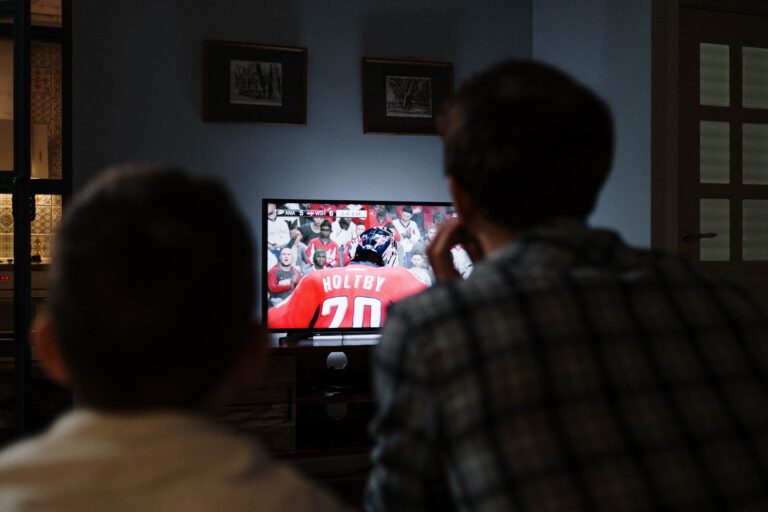 Sports fans in the United States will be in their element over the coming months, with a host of top-class events scheduled between now and the end of the year.

With golf, ice hockey, motorsports, horse racing, athletics and basketball amongst the sports on the agenda, there should be something to suit every taste.

As if that is not enough, the final few weeks of the year will hopefully see the US men’s soccer team strutting their stuff at the World Cup in Qatar.

Top sports news such as SportsToday are likely to be inundated with fans clamouring to find soccer streams throughout the prestigious international tournament.

With that in mind, let’s take a closer look at the top US sports events worth live streaming during the remainder of 2023.

Golf – The US Masters

The first major golf tournament of the year takes centre stage in April as Augusta National hosts the 86th edition of the US Masters tournament.

The course is widely recognised as one of the most picturesque and challenging in golf, providing a stunning backdrop for four thrilling days of golf.

Hideki Matsuyama claimed the title in 2023, shooting ten-under-par to clinch victory and become the first Japanese winner of a major.

However, he will find it difficult to go back-to-back given that no player has achieved the feat since Tiger Woods won by three strokes in 2002.

The NHL play-offs will dominate many of the sporting headlines during May and June as the top teams battle to clinch the iconic Stanley Cup trophy.

Colorado Avalanche last won the Stanley Cup more than 20 years ago, but they are favourites to get the job done this time around.

Avalanche are a long way clear at the top of the Central Division and they could be extremely tough to beat when the post-season comes around.

The biggest threat to their hopes may be Tampa Bay Lightning, who are seeking to win the Stanley Cup for the third successive year.

‘The Greatest Spectacle in Racing’ will round off May in style as the 106th running of the Indianapolis 500 takes place at the historic ‘Brickyard’ circuit.

Helio Castroneves took the chequered flag last year, putting himself alongside AJ Foyt, Rick Mears and Al Unser as the only four-time winners of the race.

The Brazilian was the last driver to go back-to-back in the event (2001 & 2002), and may find it difficult to repeat the trick this season.

Scott McLaughlin could be the one to watch having kicked off the new Indy Car season with a victory in the Firestone Grand Prix of St Petersburg in February.

Only 13 horses have won the US Triple Crown, highlighting just how difficult it is to claim one of the most prestigious prizes in racing.

Consisting of the Kentucky Derby, Preakness Stakes and Belmont Stakes, the Triple Crown is viewed as the ultimate test for top class horses in the US.

American Pharoah (2015) and Justify (2018) are the only horses to win the Triple Crown this century, although the latter’s achievement was sullied by a failed drug test a month before the Derby.

The brilliant Secretariat holds the record time for each of the three races. His time of 2:24 in the 1973 Belmont Stakes also set a world record over a mile and a half on dirt that still stands.

The 2023-22 NBA regular season is reaching the business end, with plenty of teams still in with a chance of progressing to the play-offs.

The Phoenix Suns look nailed on to be the number one seeds in the Western Conference, but nothing else is settled in the rest of the league.

Golden State Warriors, Brooklyn Nets and Philadelphia 76ers are amongst the other teams strongly fancied to make their mark on the NBA play-offs.

However, reigning champions Milwaukee Bucks could be very difficult tough to stop with Giannis Antetokounmpo leading their challenge.

Sports fans will be searching frantically for live golf streams in mid-June as the US Open takes place at The Country Club in Brookline, Massachusetts.

The event was last staged at the course in 1988, when Curtis Strange won the first of his back-to-back titles in an 18-hole play-off against Nick Faldo.

Reigning champion Jon Rahm will be fancied to mount a strong defence of the title, while Brooks Koepka could also be in the running.

Dustin Johnson should also be in contention at the US Open despite making a slow start to the season on the PGA Tour.

Despite being one of the most successful nations in athletics, the US has never previously hosted the World Championships.

That will be put right this year, with the world’s top athletes heading to Eugene, Oregon, in July to take part in the 18th edition of the event.

The US have topped the medals table on 13 previous occasions and there should be plenty of renditions of the Star-Spangled Banner this summer.

More than 200 nations are scheduled to compete at the World Championships, which should generate massive demand on live sports streaming platforms.

The Breeders’ Cup World Championships has developed into a genuine celebration of top-class international horse racing over the past few years.

This year’s meeting will be held over two days at Keeneland in early November and will once again attract some of the finest equine talent from across the globe.

The Breeders’ Cup Classic is the standout race of the meeting, crowning the champion horse of the season over one mile and two furlongs.

Knicks Go was a brilliant winner of the race last year, drawing away down the stretch to win easily ahead of Medina Spirit and Essential Quality.