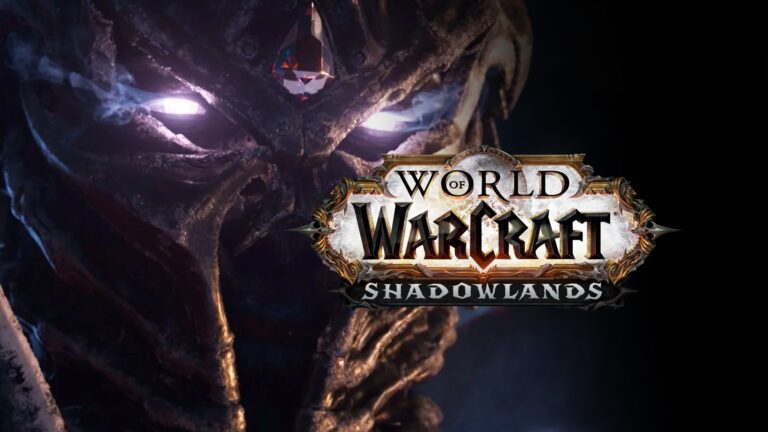 World of Warcraft has been a massive success all over the world ever since its release. The multiplayer online video game provides users and players with various characters and avatars, and the game, therefore, falls into the MMORPG category. For the uninitiated, MMORPG stands for a massively multiplayer online role-playing game.

World of Warcraft: Shadowlands was released in November 2022 all over the world as the eighth extension of the original gaming world. It provides users and players with many never-before-seen locations and characters along with various Mounts.

Mounts are a popular means of transportation in the game, in which players’ avatars and characters ride on the backs of various more or less exotic beasts (or machines).

These can be earned, collected, or exchanged with in-game money during the entire course of the game, or can be bought off of the internet using real cash from sites like buy-boost.com/wow/wow-mounts. Mounts can become confusing and hard to understand for many.

Additionally, these are hard to find, or summon, and therefore, require a lot of patience on the players’ end. A few Mounts are easier to find in World of Warcraft than the others. Given below is a list of the 7 easiest Mounts to get in World of Warcraft: Shadowlands.

This is one of the easiest mounts to obtain in the game. It is commonly available and only requires one prerequisite item, an ‘Unusually Large Mushroom’. The Large Mushrooms are a very common drop throughout the game and players could use the same to summon the Humon’gozz.

Killing the Humon’gozz could be an easier task, as it does not require a lot of your Health Pool. But the Mushroom remains available for only 20 minutes, so players need to be quick with their actions after picking up the Large Mushroom and be careful of the limited time frame.

This horse-type Mount is very readily available throughout the game and is very easy to collect. It is a relatively newer addition than the rest. It is quite popular amongst the players for its great looks and easy accessibility.

It can be found in the maze of Shadowlands, called the Maze of Tirna Scithe, located in the western regions of Ardenweald. Upon completing your way through the maze, you will find a mob at the end.

This is the only thing that stands in your way to the Shimmermist Runner. Defeat the mob and own the horse Mount.

One of the most stunning looking Mounts of Shadowlands, Gloomhoof is a tough Mount and a favorite choice of many players of the game across the globe.

The Mount resembles a majestic wolf and is exclusively available for the people of the Night Fae Covenant of the Ardenweald region. Upon completing the tasks and quests from the Lady of the Falls, called the Trouble at the Gormling Corral, and killing the Night Mare at the end, this Mount drops and is ready for the players to collect and use the same.

This flying Mount is one of the coolest ways of transport and transit in Shadowlands. The cloud can be bought off from the in-game stores for just 600 units of gold. All the players have to do is to get glorified with the Lorewalkers and then move to the Vale of Eternal Blossoms.

Upon reaching the Eternal Blossoms, search for Tan Shin Tiao, the quartermaster of the Lorewalkers. She would guide the players ahead on how to purchase the Red Flying Cloud. The Cloud is one of the most timeless artifacts of the World of Warcraft franchise.

The Nightbane or the Smoldering Ember Wyrm is one of the most amazing Mounts of Shadowlands. The dragon skeleton Mount is very famous amongst the players for its mesmerizing looks and graphics. It is a dragon skeleton set on fire, and it appears simply majestic. It is very easily available past the Legion expansion of the game.

To get the drop containing the Wyrm, the players have to find five crystals in a time-bound quest in the dungeons of Legion, which are also known as Karazhan. The five-minute time limit is put on reset back upon the discovery of each crystal.

This would open the gate of the tower, where the Nightbane resides. Players have to climb up the tower and defeat the Nightbane to turn it into a Mount, which should be quite easy at this level. Once the Wyrm is yours, you can fly away to any location in the game.

The name is self-explanatory for this Mount. These can be found in the central region of Maldraxxus, where the players can loot any of the four mobs present. However, as easy as it might seem, there are a few catches to this.

Firstly, the Warhound is only available with one of the four mobs, and the players can kill and loot only one mob per day. So this means that the players might have to invest four days to get their hands on this Warhound.

Secondly, the clans of the central Maldraxxus are quite strong and can overthrow the players. So, it is advised that a couple of players should team up before looting the mobs of Maldraxxus. Finding other players with the same motive is an easy task and should not take more than fifteen minutes, given the popularity of the game series.

Another easy Mount which can be found in Maldraxxus, Gorespine is a prized possession of Nerissa Heartless. A ground-based war Mount, Gorespine gives high damage to the opponents. Nerissa could be found in the eastern regions of Maldraxxus with her Gorespine.

Players can own her Gorespine Mount by killing her. However, it must be noted that Nerissa is very strong and can draw a considerable amount of Health from your Health Pool.

World of Warcraft has been a fan favorite ever since its release. The game developers keep the game fresh by releasing various extensions and expansions. The latest addition to this franchise is World of Warcraft: Shadowlands.

The above-mentioned Mounts are some of the easiest and quickest ones you can find in the game. The game is now available on all major gaming platforms.