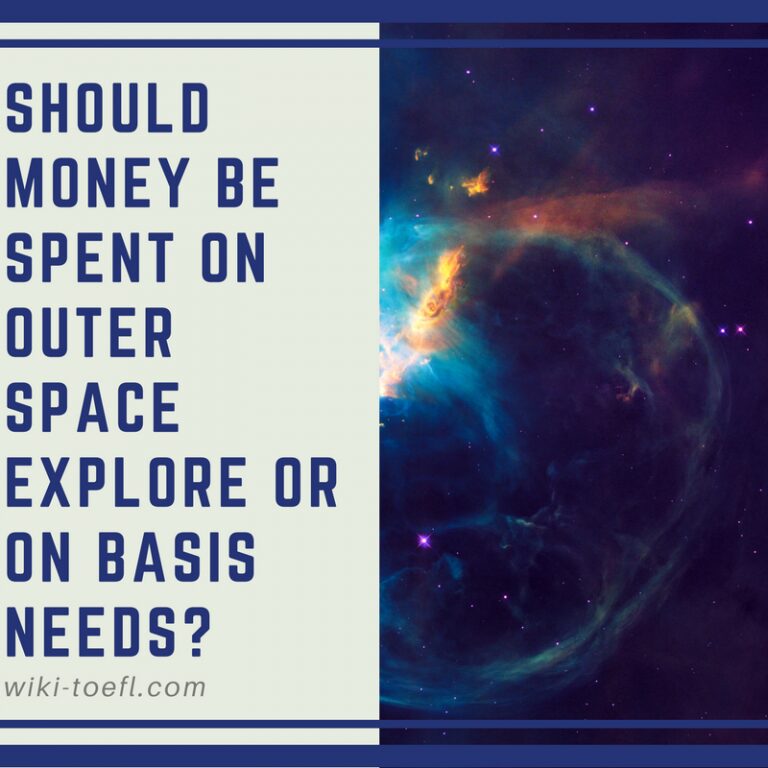 When we see photographs of starving children, it’s hard to say that we should spend billions of dollars on space exploration. But that’s just what we should do. Children don’t need to be starving, but we do need to explore space. Right now, we have enough money to feed every person on Earth. Children are starving because of mismanagement of resources and simple human greed. Those are problems we can solve right here on earth. That shouldn’t stop our need to find out what’s beyond our own solar system.

We may never make contact with whatever other species there may be out there in space. Even so, there are still two very practical and positive consequences of space exploration. One is a certainty and the other is a possibility. The certainty is medical research. Yes, we can conduct research here on earth. But much of the research done in space, for example, on the effects of gravity on bone marrow, is making a difference in medicine here on Earth. When we do research in space, we also learn more about space exploration. Also, many of the inventions that were developed for space travel have been adapted to good use on Earth.

The possible consequence of space exploration is finding another planet human beings can colonize. Overpopulation is a huge problem on our planet. People are living longer, more healthful lives, and that’s a good thing. But it means there are fewer people dying and more people being born. Eventually we’ll have less space, fewer resources, and major distribution problems. If we can find another planet to live on, we can relieve the problems of overpopulation on our planet.

It’s a tragedy that there are human beings suffering on Earth. However, if we wait until everyone has a perfect life, we will never explore space—and that , too, would be a kind of tragedy.