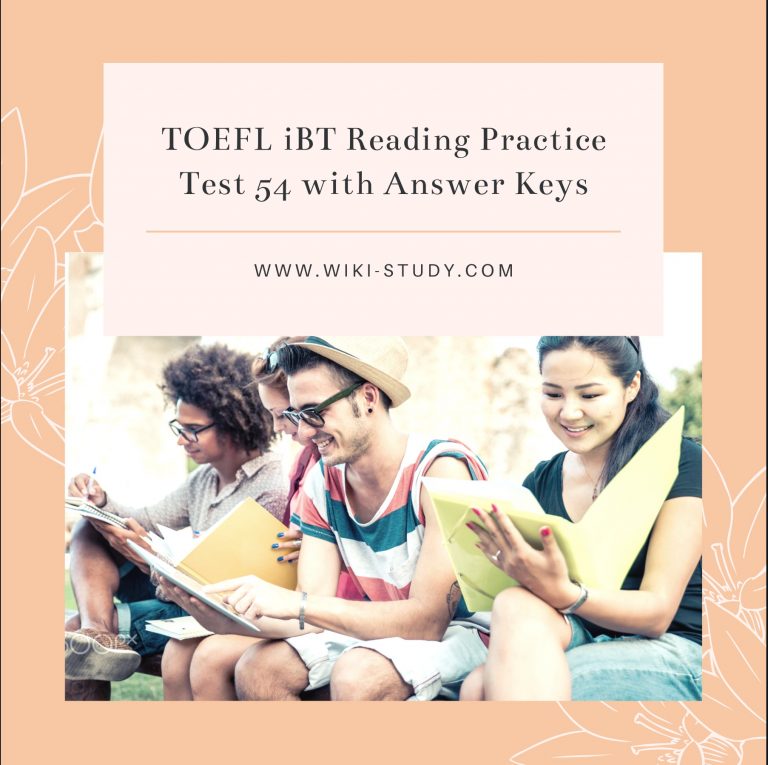 P1: One of the most important social developments that helped to make possible a shift in thinking about the role of public education was the effect of the baby boom of the 1950’s and 1960’s on the schools. In the 1920’s, but especially in the Depression Line conditions of the 1930’s, the United States experienced a declining birth rate -every thousand women aged fifteen to forty-four gave birth to about 118 live children in 1920, 89.2 in 1930, 75.8 in 1936, and 80 in 1940. With the growing prosperity brought on by the Second World War and the economic boom that followed it, young people married and established households earlier and began to raise larger families than had their predecessors during the Depression. Birth rates rose to 102 per thousand in 1946, 106.2 in 1950, and 118 in 1955. Although economics was probably the most important determinant, it is not the only explanation for the baby boom. The increased value placed on the idea of the family also helps to explain this rise in birth rates. The baby boomers began streaming into the first grade by the mid-1940’s and became a flood by 1950. The public school system suddenly found itself overtaxed. While the number of schoolchildren rose because of wartime and postwar conditions, these same conditions made the schools even less prepared to cope with the flood. The wartime economy meant that few new schools were built between 1940 and 1945. Moreover, during the war and in the boom times that followed, large numbers of teachers left their profession for better-paying jobs elsewhere in the economy.

P2: Therefore, in the 1950’s and 1960’s, the baby boom hit an antiquated and inadequate school system. Consequently, the “custodial rhetoric” of the 1930’s and early 1940’s no longer made sense; that is, keeping youths aged sixteen and older out of the labor market by keeping them in school could no longer be a high priority for an institution unable to find space and staff to teach younger children aged five to sixteen. With the baby boom, the focus of educators and of laymen interested in education inevitably turned toward the lower grades and back to basic academic skills and discipline. The system no longer had much interest in offering nontraditional, new, and extra services to older youths.

(A) The teaching profession during the baby boom

(C) The impact of the baby boom on public education

3. The word “overtaxed” in paragraph 1 is closest in meaning to

(D) charged too much

(A) To indicate that the observations are timely

(B) To show why the observations are of limited value

(C) To compare data from balloons and computers

(D) To give an example of international cooperation

5. According to the passage, why did teachers leave the teaching profession after the outbreak of the war?

(A) The needed to be retrained

(B) They were dissatisfied with the curriculum.

6. The word “inadequate” in paragraph 2 is closest in meaning to

7. The “custodial rhetoric” mentioned in paragraph 2 refers to

(A) raising a family

(B) keeping older individuals in school

(D) maintaining discipline in the classroom

8. The word “inevitably” in paragraph 2 is closest in meaning to

9. Where in the passage does the author refer to the attitude of Americans toward raising a family in the 1950’s and 1960’s?

10. Which of the following best characterizes the organization of the passage?

(A) The second paragraph presents the effect of circumstances described in the first paragraph.

(B) The second paragraph provides a fictional account to illustrate a problem presented in the first paragraph.

(C) The second paragraph argues against a point made in the first paragraph.

(D) The second paragraph introduces a problem not mentioned in the first paragraph.

P1: Nineteenth-century writers in the United States, whether they wrote novels, short stories, poems, or plays, were powerfully drawn to the railroad in its golden year. In
fact, writers responded to the railroads as soon as the first were built in the 1830’s. By the 1850’s, the railroad was a major presence in the life of the nation. Writers such as
(5) Ralph Waldo Emerson and Henry David Thoreau saw the railroad both as a boon to democracy and as an object of suspicion. The railroad could be and was a despoiler of
nature; furthermore, in its manifestation of speed and noise, it might be a despoiler of human nature as well. By the 1850’s and 1860’s, there was a great distrust among writer
and intellectuals of the rapid industrialization of which the railroad was a leading force. Deeply philosophical historians such as Henry Adams lamented the role that the new
frenzy for business was playing in eroding traditional values. A distrust of industry and business continued among writers throughout the rest of the nineteenth century and into
the twentieth.

P2: For the most part, the literature in which the railroad plays an important role belong to popular culture rather than to the realm of serious art. One thinks of melodramas,
boys’ books, thrillers, romances, and the like rather than novels of the first rank. In the railroads’ prime years, between 1890 and 1920, there were a few individuals in the United States, most of them with solid railroading experience behind them, who made a profession of writing about railroading-works offering the ambience of stations, yards, and locomotive cabs. These writers, who can genuinely be said to have created a genre, the “railroad novel.” are now mostly forgotten, their names having faded from memory. But anyone who takes the time to consult their fertile writings will still find a treasure trove of information about the place of the railroad in the lift of the United States.

11. With which of the following topics is the passage mainly concerned?

(A) The role of the railroad in the economy of the United States.

(C) The conflict between expanding industry and preserving nature.

(D) The railroad as a subject for literature.

13. In the first paragraph, the author implies that writers’ reactions to the development of railroads were

(B) both positive and negative

14. The word “lamented” in paragraph 1 is closest in meaning to

15. According to the passage, the railroad played a significant role in literature in all of the following kinds of books EXCEPT

16. The phrase “first rank” in paragraph 2 is closest in meaning to

18. The author mentions all of the following as being true about the literature of railroads EXCEPT that

(A) many of its writers had experience working on railroads

(C) the books were well known during the railroads’ prime years.

(D) quite a few of the books are still popular today.

19. The words “faded from” in paragraph 2 are closest in meaning to

20. What is the author’s attitude toward the “railroad novels” and other books about railroads written between 1890 and 1920?

(A) They have as much literary importance as the books written by Emerson, Thoreau, and Adams.

(B) They are good examples of the effects industry and business had on the literature of the United States.

(C) They contributed to the weakening of traditional values.

(D) They are worth reading as sources of knowledge about the impact of railroads on life in the United States.

P1: By the 1820’s in the United States, when steamboats were common on western waters, these boats were mostly powered by engines built in the West (Pittsburgh, Cincinnati, or Louisville), and of a distinctive western design specially suited to western needs. The first steam engines in practical use in England and the United States were of low-pressure design. This was the type first developed by James Watt, then manufactured by the firn of Boulton and Watt, and long the standard industrial engine. Steam was accumulated in a large, double-acting vertical cylinder, but the steam reached only a few pounds of pressure per square inch. It was low-pressure engines of this type that were first introduced into the United States by Robert Fulton. He imported such a Boulton and Watt engine from England to run the Clermont. But this type of engine was expensive and complicated, requiring many precision-fitted moving parts.

P2: The engine that became standard on western steamboats was of a different and novel design. It was the work primarily of an unsung hero of American industrial progress, Oliver Evans(1755-1819). The self-educated son of a Delaware farmer. Evans early became obsessed by the possibilities of mechanized production and steam power. As early as 1802 he was using a stationary steam engine of high-pressure design in his mill. Engines of this type were not unknown, but before Evans they were generally considered impractical and dangerous.

P3: Within a decade the high-pressure engine, the new type, had become standard on western waters. Critics ignorant of western conditions often attacked it as wasteful and
dangerous. But people who really knew the Ohio, the Missouri, and the Mississippi insisted, with good reasons, that it was the only engine for them. In shallow western rivers the weight of vessel and engine was important; a heavy engine added to the problem of navigation. The high-pressure engine was far lighter in proportion to horsepower, and with less than half as many moving parts, was much easier and cheaper to repair. The main advantages of low-pressure engines were safe operation and economy of fuel consumption, neither of which meant much in the West.

21. What is the passage mainly about?

(A) Steamboat engines in the western United States

(B) River travel in the western United States

23. Who developed the kind of steam engine used on western steamboats?

24. The word “novel” in paragraph 2 is closest in meaning to

25. What opinion of Evans is suggested by the use of the term “unsung hero” in paragraph 2?

(A) More people should recognize the importance of his work .

(B) More of his inventions should be used today.

(C) He should credited with inventing the steam engine.

(D) More should be learned about his early lift.

26. What does the author imply about Evans?

(A) He went to England to learn about steam power.

(B) He worked for Fulton.

(C) He traveled extensively in the West.

(D) He taught himself about steam engines.

27. The work “stationary” in paragraph 2 is closest in meaning to

(B) mechanized production and steam power

29. What does the author imply about the western rivers?

(A) It was difficult to find fuel near them.

(B) They flooded frequently.

(C) They were difficult to navigate.

(D) They were rarely used for transportation.

31. The word “vessel” in paragraph 3 is closest in meaning to

32. Which of the following points was made by the critics of high-pressure engines?

(A) They are expensive to import.

(B) They are not powerful enough for western waters.

(C) They are dangerous.

(D) They weigh too much.