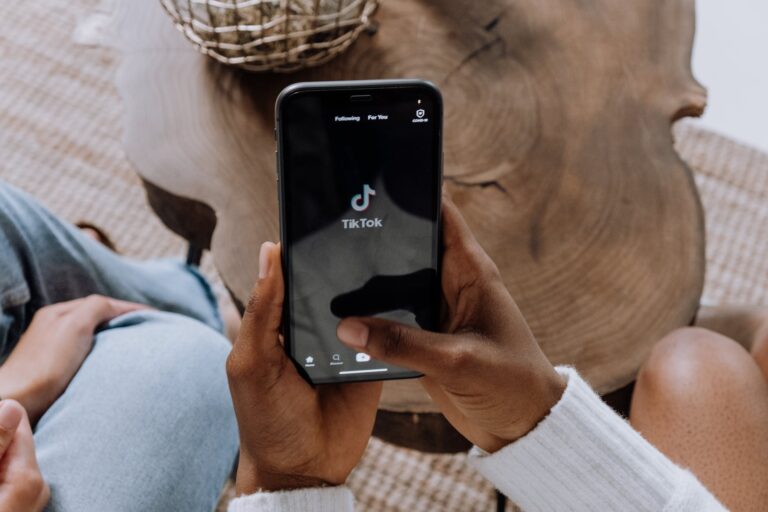 In 2023, when you say TikTok, nobody’s mind goes to a clock or Kesha’s song. Instead, everyone thinks of probably the fastest growing social medium in recent history.

TikTok started as a small platform where people would share funny videos, something similar to Vine, but unlike Vine, TikTok didn’t die after a few years. Instead, it became one of the greatest places where you can come to unwind, have some fun, or in our cases, do some business.

As you know, every business must invest in marketing in order to grow and nowadays, it would be irresponsible for a company not to have a social media marketing campaign. For years, we’ve relied on Facebook or Instagram to promote our business, but in 2023, TikTok seems to be all the rage in marketing campaigns, and for good reasons.

Today, we’re going to talk about those reasons. We’re going to discuss why we, and many others, feel that TikTok is the most effective marketing channel in 2023. Let’s get started!

TikTok is steadily increasing its number of active users and it’s only a matter of time before that number increases over a billion. Now, if we were to talk only numbers, Facebook would still be your number one choice, but we have to remember that Facebook is slowly, but surely, losing its young audience.

Granted, TikTok’s audience is predominantly made up of young adults and teenagers, but unlike Facebook’s users, these guys spend hours on the app – actively using it.

With so many people using the app, it would be ludicrous to think that you couldn’t create and execute an effective marketing strategy.

The critical component to TikTok’s success is in its community. While it is true that Facebook, for instance, has a great community and the platform has almost half a billion active group members, TikTok does things a little bit differently.

It is driven mainly by trends, which pretty much unites the whole user body into a single community. People often interact with each other’s content, they repost it, recreate it, “duet” it and so on. This gives you an opportunity to really exploit the sense of belonging that exists on the platform. Users feel like they belong to a community that works together to create funny, interesting videos that other people will enjoy, share or recreate.

If you manage to insert your product or an ad into a trending TikTok, you could be looking at millions of views and likes in only a matter of hours.

One of the things that make this platform so exciting and suitable for marketing is its fast-paced nature.

Many argue that we live in an attention-deficit era, where most people can’t and won’t focus on anything for more than a few minutes. Luckily, TikTok is perfect in that way. Most videos are really short and straight to the point, meaning even if you stumble upon something that’s kind of boring, you don’t have to skip it – it’ll be over soon, either way.

This creates a bit of a loophole when it comes to marketing. Naturally, your goal wouldn’t be to create something boring, but that does leave you a room for error. People will rarely skip any content on this platform, therefore, your marketing efforts are sure to be seen.

If you hit all the right notes, it can take less than a day to hit millions of views and likes, even if you don’t “encourage” this growth with TikFuel.

Like we’ve said, TikTok is fast-paced. People will scroll through content rather quickly, so views are pretty much guaranteed. What is also on your side is the platform’s algorithm. If you manage to get trending, you’re soon to be on everyone’s feed and that is an excellent opportunity for growth.

All you need is one viral post and you’ve done it. You can make yourself a legion of followers, which could easily translate to paying customers.

As you might know, many people use AdBlocker extensions in their browsers, so, it’s rather hard to notice the ads the traditional way. You’re probably using it or have used it at some point in time, too.

It’s simple – people don’t really like being advertised too. It feels invasive and tedious. When you go online, you just want to have fun. With TikTok, you have to get creative with your marketing strategy. Your product placement video must feel like an actual video people will enjoy.

When you present your ad in such a fashion, people don’t look at it as an ad. Instead, they look at it as the content they actually want to consume.

For years now, social media influencers have been the cornerstone of social media marketing and it’s the same when it comes to TikTok.

Now, many won’t have the funds to hire the D’Amelio’s and other influencers with the multi-million following, but you don’t even have to. There are plenty of influencers with a much smaller following that could help you promote your product.

In some cases, it’s even better to collaborate with “aspiring” TikTok stars. Those guys have the drive and creativity to present your product to their audience instead of just holding it in their hands and saying a few clichés about it.

The short-video format is becoming increasingly popular over social media platforms. Instagram has Reels, YouTube has Shorts etc. In most cases, those videos are just reposted TikToks.

This cross-platform sharing is also something that makes TikTok the most effective marketing channel in 2023. Every single video from that platform can be saved and reuploaded to another one, so, not only will you advertise on TikTok, but you’ll be present on Instagram, YouTube and Facebook, as well.

As you can see, there are many ways in which you can utilize TikTok to your advantage. Naturally, there is a lot more to it than just these seven reasons, but we felt like these seven really painted the best picture.

Hopefully, we’ve made it pretty clear why TikTok is the spot to be when it comes to social media marketing in 2023 and we hope we’ve encouraged you to try it out if you haven’t so far.