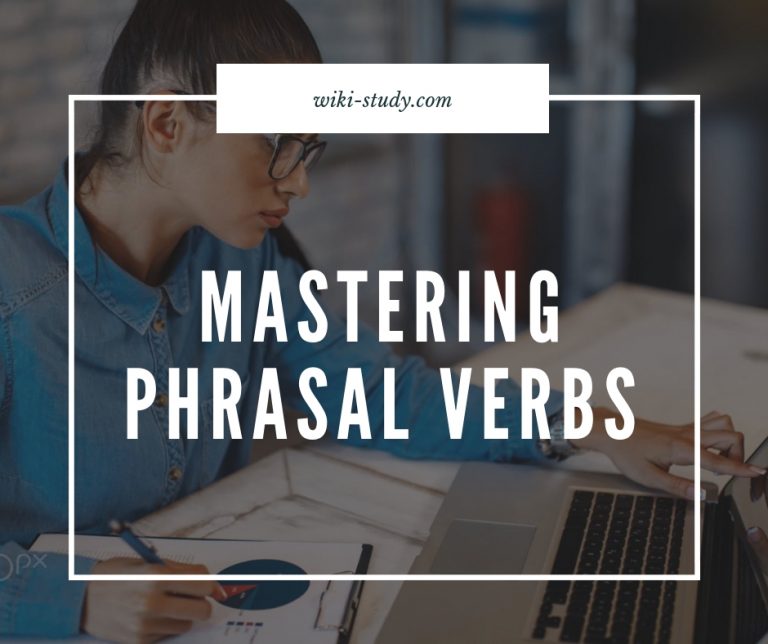 One of the most difficult, but unfortunately most important, aspects of learning English is its famous phrasal verbs.  They are everywhere! Unfortunately, you cannot escape them, and to progress to an advanced level in English, you must learn them proficiently.

So first, a quick refresher: what is a phrasal verb?

Phrasal verbs are verbs with prepositions or adverbs attached to them. They are easy to understand if they are used literally, but many have completely different meanings from the normal sense of the verb being used and can, therefore, be very confusing for students of English as a foreign language.

For example, everyone will understand the phrasal verb in the following sentence because the meaning is literal and obvious:

“He was looking down at the floor while the teacher was shouting at him.”

But what about the same phrasal verb used in a more idiomatic way?

“She looks down on all her colleagues at work.”

This means she thinks she is better than and has no respect for her colleagues. When phrasal verbs are not used literally, they are idiom just like all other English idioms. There are many books on phrasal verbs, but because most of them only deal with phrasal verbs, they can be very boring and intimidating for students. Phrasal verbs should be learned together with other useful vocabulary and not in isolation.

A phrasal verb is a two or three-part verb consisting of a short verb, such as break, go, run, take, fall, get, or come, and a particle, such as up, in, on, off, over, out, down, or over.

The particle part of the verb greatly modifies, or changes, the meaning of the verb.  So, sometimes you have a verb which has a completely different meaning, depending on its particle. For example, get up; get over; get around to; get in, and get through all have completely different meanings.  It is imperative to understand these meanings to fully understand native speakers when they speak English.

As such, they are extremely commonplace in speaking and informal texts, such as news articles or emails. Phrasal verbs do have equivalents that derive from Latin. This means that if you speak Spanish, Italian, Romanian, French or Portuguese, these verbs are going to be very familiar to you. Some examples are:

There’s a trick to using pronouns with phrasal verbs.

Also, something which can be tricky with phrasal verbs is that you must separate the verb and the particle when you use a pronoun, and insert the pronoun in the middle. What? An example will make this clear:

I put off the meeting. I put it off.

I called off the dinner party. I called it off.

I let down my father. I let him down.

This rule requires some practice. The best thing to do is simply make sentences in your head, and then say them using the pronoun, making sure to insert it between the verb and the particle.  Don’t let this small rule scare you from using phrasal verbs! It just requires a little bit of practice.

Phrasal verbs should not be understood literally.

You often have to study the word for word. This means that you cannot always understand the meaning of them in context, based on the verb and the particle. Sometimes this is possible: for example, blow away; fly away; pass away; go away. These phrasal verbs all have the idea of leaving.

However, other phrasal verbs have very strange particle verb combinations, which make little sense: run out of; give in; hang out; and crop up, for example.   You, unfortunately, have to look up the meanings of these verbs in a dictionary to understand them.

Are you feeling better about using phrasal verbs when speaking English? I hope you take up learning them so that you can show off your awesome English while you are hanging out with your friends!

Don’t be afraid of phrasal verbs!

You can improve your use of phrasal verbs, advanced vocabulary, and idioms withPhrasal verbs list from the Practical Everyday series