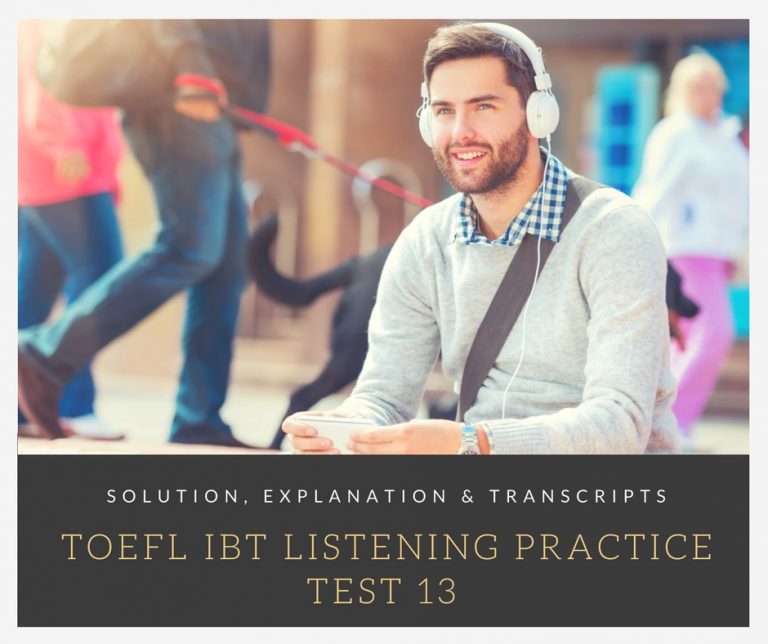 Listen to part of a lecture in a psychology class.

Every culture has some set of rituals associated with death. These rituals serve an important function, and are a way for societies to control the grief caused by death. Death rituals give the bereaved family and friends specific roles to play.

The roles differ from one culture to another; however, in every culture the roles sort of give shape to the days and weeks following the death of a loved one. Death rituals prescribe what the family should wear, who should be called, what behavior should be shown, and so on.

The rituals also have roles for friends, who often act as support givers. For example, friends may bring food to the home of the bereaved family, or drop in to offer help, or send flowers or sympathy cards. Whatever the social rules arc, everyone has a role to fill.

Death rituals can strengthen family connections. Funerals bring family members together, just like weddings do. Rituals can also give meaning to the death by emphasizing the life of the person who died. A funeral or memorial service usually includes some sort of biography or personal memories of the person. Most people feel that it’s extremely important to review the deceased person’s life. Reviewing the life and accomplishments of the loved one—sharing stories and memories with family and friends—this makes the death easier for the survivors to accept.

But when the funeral or memorial service is over, what happens then? How do the survivors cope with the loss of a spouse, a parent, a child, a friend, or a lover? Once past the rituals, the grieving person moves through a complex grief process.

One theory states that there arc four stages of grieving: numbness, yearning, despair, and reorganization. In the first stage, the bereaved person feels numbness—a lack of feeling. Or he or she feels shock, disbelief, confusion, a sense of unreality—normally lasting a few days after the death. In the second stage—yearning the bereaved person yearns for and may actively search for the lost one. This is a time of anxiety and guilt, fear and anger. The third stage is when the person feels great despair, exhaustion, depression, or withdrawal. He or she may feel disorganized and unable to do normal activities. Finally, in the fourth stage—reorganization – the person take control of his or her life again. This is a time of healing. The person feels energy again, takes up normal activities again, and finds new relationships.

The four stages of grieving—numbness, yearning, despair, and reorganization—are not the same for everyone, nor docs everyone necessarily go through every stage. The stage theory is just one of many models that psychologists use to help people manage the loss of a loved one.

Listen to part of a conversation between two students. They are both taking a music theory class.

W: Well, I don’t know about you, but I’m totally confused about today’s lecture, especially the part about music and noise.

M: It’s not so bad, really. I think I got ‘most everything in my notes.

W: So then … what is the difference between music and noise? Professor King said noise is a random sound, but then he said the sounds of a cymbal and a drumbeat were examples of noise. I’d say they’re examples of music—since they’re sounds made by musical instruments! What do you think he meant?

M: OK. Do you remember how he said that noise is a random sound?

M: Well, if you could take a picture of a musical note, you’d see that it has regular waves that repeat themselves. That’s because music is a sound that’s in a pattern we can hear or discern. Noise is different from music because it doesn’t have a pattern.

W: But why is the sound of a drumbeat noise instead of music? Isn’t a drumbeat a note? And then … so … doesn’t it have a regular pattern of waves?

M: Maybe you’re taking what he said too literally. Maybe he meant a drumbeat is as close as a musical instrument can get to making just noise.

W: Maybe a single drumbeat is like a word spoken out of context. A single word with no context is just noise!

W: The other thing I didn’t get was what he said about antinoise. First noise, then antinoise? What do you think he meant?

M: Think of it as the opposite of noise. It’s like—wait, let me back up. Sound has waves, right?

M: Well, we can describe these waves as “in phase” or “out of phase” with each other. “Out of phase” means reversed.

M:If you add two out-of-phase waves together at the same frequency, the result is antinoise—silence. Antinoise is silence?

W:Right! And there’s a computer program that proves this. A microphone picks up the sound and sends it back to the computer, and then the computer reads the waves and makes sort of a mirror image, or a reverse copy of the wave. Then you can play it back against the original sound, and when the two waves meet, they sort of overlap each other … exactly at the high and low peaks. This eliminates the sound, creating zero sound—antinoise.

M:How do you know all this? Professor King didn’t talk about this.

W:It’s all in our book. Didn’t you do the reading?

M:No, I didn’t have time. I guess I’d better do that now. Yeah, you should. But it’s better to do the reading before the lectures ‘cause then you’ll have a better idea of what he’s talking about.

W:Yeah, you’re right. I guess I have some catching up to do.

Listen to part of a discussion in an art class. The class is talking about murals.

Wl: I know you’re all excited about our class project. But before we get started on the design of our mural, let’s review some of the technical requirements for murals. What factors do we need to keep in mind? Yes, Lydia?

W2:The mural has to be permanent. It has to last as long as the building. And it has to be sturdy enough to put up with conditions like the walls being washed.

W2:It should have a flat finish so you can look at it from all angles without seeing any glare. And the design should be laid out so you can see it while you’re walking rather than standing still.

W1: Yes, those are all things we need to bear in mind. We want people to take in our mural—all of it—from a moving position, since they’ll be observing it as they walk through the lobby to the elevators. And let’s not forget that our mural is more than just a large–scale work of art done on a wall instead of a canvas. The term “mural” implies a distinct feeling or nature, a quality that’s appropriate to the architecture and the function of the room. A mural is an integral part of the building. If it’s painted in an existing building, like ours will be, it should be planned to fit into the architectural design, instead of giving the impression that it’s a surface decoration. Now, what are some of the technical requirements for our wall?

M:Obviously, the wall shouldn’t move. It shouldn’t shrink or settle because that could cause cracks in the paint or plaster.

W1:Yes, it’s vital that our wall be perfectly immovable. And for murals like ours—remember, our mural will be on the interior side of an exterior wall—another important requirement is that dampness should be excluded. Dampness can result from water seeping through porous materials or through joints, comers, or flaws in the building construction. When water leaks through a wall, it may dissolve the salts that are in the building materials. When the moisture dries, the salts are deposited in the form of white, moldy–looking film on the surface of the plaster.

This greatly weakens the plaster, which can crumble or crack, and, of course, it’s disastrous to the mural.

W1:Yes, it can. When moisture penetrates a wall coated with paint, it causes the plaster to expand and the paint to peel off—either in small flakes or in big pieces. And we don’t want that happening to our work, so we’ll need to take measures to prevent it. Our goal will be to reduce expansion of the plaster and to lessen the condensation of moisture on the surface. So our first rule is to exclude dampness as much as possible.

M:Don’t we also need to guard the plaster from extreme changes in temperature?

W1:Yes, you’re correct about the insulating effect of an air space. Now, to do this—it’s called “furring” the wall—what we do is, we attach thin strips of wood to the exterior wall, and then we build another wall on top of this. The furring of the wall creates an air space of one–half to one inch between the outer and inner walls. That’s enough to protect our mural from moisture and temperature changes, as well as the mechanical strains and stresses of the wall itself.